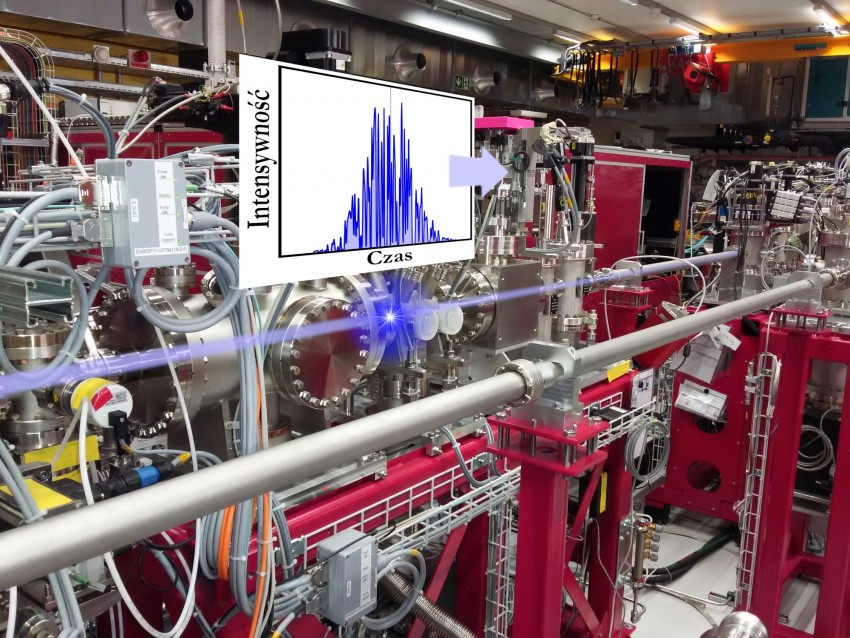 The phenomenon of attoseconds (a trillionth of a second) forms the basis of chemical and biological processes. Reactions related to eg changes in the electron configuration proceed very quickly. Because they are common, scientists want to watch them to learn the basics of biological and chemical processes. Currently, we are moderately successful in observing such phenomena. However, this may change Thanks to the work of scientists from the Institute of Nuclear Physics of the Polish Academy of Sciences.

Currently, we can trace the course of rapid operations thanks to the X-ray Free-Electron Laser (XFEL, X-Ray Free-Electron Laser). Only a few laboratories in the world have such large, complex and expensive instruments. XFELs generate X-ray bursts that last for a few femtoseconds (two milliseconds). The two primary measurement techniques used by scientists working with XFEL are X-ray spectroscopy and X-ray diffraction. However, none of these methods allow to observe phenomena shorter than the duration of the laser pulse. Therefore, the shortest processes, as observed for example in the European XFEL near Hamburg, took 5 femtoseconds.

A few femtoseconds is very little, but it’s still not the realm of atotophysical physicists. To get there, we used chronoscopy, a technique that analyzes changes in the shape of the impulses over time, says Dr. Wojciech Pachuki of IFJ PAN, lead author of the article published in Applied Science. The authors of the work theoretically showed that it is possible to measure the form of motivation in time. This means that if we have, say, a pulse of 20 femtoseconds and we will be able to reproduce its time structure at 100 points, we will be able to observe phenomena that last 20/100, or 1/5 of a femtosecond. And that’s 200 attoseconds, or the attosecond range we’re interested in.

Of course, it should be remembered at this point that it was possible to achieve a time resolution of less than 1 femtosecond before, but it was associated with the need to significantly reduce the intensity of the laser beam. This in turn meant that the test sample had to be irradiated for several hours, which made it impossible to perform functional measurements. X-ray chronoscopy is devoid of this drawback.

However, the study authors note that it takes several more years for it to become a standard laboratory technology. On the other hand, it is optimistic that the measurement method proposed by scientists from the Polish Academy of Sciences It is not limited to the free electron laser but is universal. Therefore, it can also be used successfully in the case of other sources that generate very short pulses of X-rays, such as the Extreme Light Infrastructure Center, located near Prague.And confirms qualified doctor Jakub Slachitko.

Atoskunda Institute of Nuclear Physics of the Polish Academy of Sciences

Don't Miss it slag. Robert Lambert – Is it time to be the captain of the British national team?
Up Next Chelsea Lazcany extended wedding video debunking ‘false accent’ myth