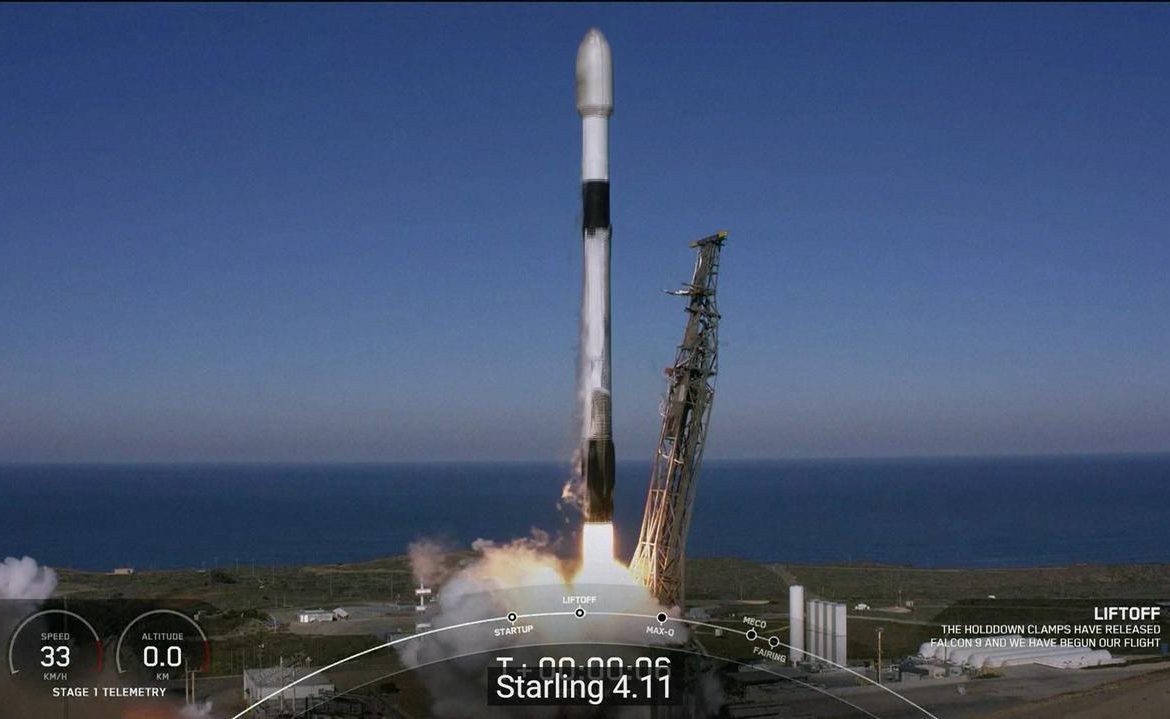 The next batch of Starlinks has been launched into orbit. You will be able to spot them on Saturday morning from Poland. This is the third set of such satellites to be launched into space in February this year.

On Friday, SpaceX launched another 50 Starlink communications satellites into low orbit. This group was referred to as the G4-11. The satellites were launched by a Falcon 9 rocket from Vandenberg Space Force Base in California, United States. Less than nine minutes later, the first stage of the rocket returned to Earth.

Starlinks’ launch on Friday was the third such mission in February. On February 3, 49 satellites went into orbit, and on February 21, 46 were launched. We received a recording of this Starlinek group’s video flight over Poland on Kontakt 24.

On Saturday, Starlink will fly over Poland at 4.40. According to the data for the central part of the country, it will be 67 degrees above the horizon. However, atmospheric conditions may disturb us in our observations. Expect cloudy weather with clear periods during the night.

Starlinki are devices created by SpaceX – Elon Musk Corporation. Their goal is to ensure worldwide Internet access. Over the past years, the company has launched 2,100 units in total, but lost about 200 units due to malfunctions or shutdowns.

On February 3, not everything went according to plan. The satellites encountered a geomagnetic storm associated with solar activity. 40 satellites did not reach their target orbits.

See also  Greenland reveals to us the secret of Jupiter's moon