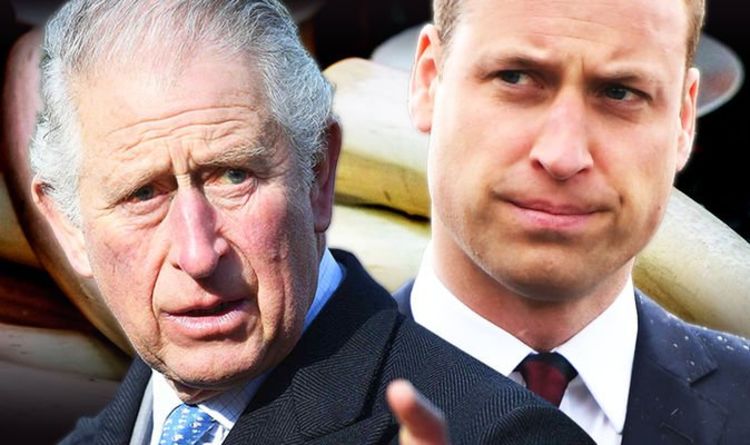 William is said to have created his enduring legacy in recent months after the launch of the Earthshot Prize with national hero and conservationist Sir David Attenborough. The prize will be awarded to entrepreneurs who create green solutions to the world’s biggest challenges over the next 10 years – and allocate £ 50m in the process. The Duke of Cambridge also demonstrated his passion for conservation in particular, when the ITV documentary “Prince William – A Planet for Us All” was aired earlier this year.

The second arrows in the line of throne around the world to investigate the causes of the climate crisis and also potential solutions in the program, but be surprised when you visit an ivory store in Tanzania.

The tusks are worth £ 50 million there, and the astonishing collection displays incarcerated ivory.

William is seen exploding at the “amazing” pile of 43,000 tusk – not the first time he’s spoken of ivory.

The king reportedly told zoologist and family friend Dr. Jane Goodall that he wanted to “see all the ivory that belonged to Buckingham Palace in ruins” six years ago.

According to royal author Robert Jobson, Charles sometimes felt a “duty to wade” when his children were in danger of being upset – and so the heir continued to have a “frank exchange of views” with his eldest son regarding the disorder of the palace.

Mr. Jobson recalls: “Charles told William that he was“ naive ”and that he should have chosen his words more carefully.

While Charles appreciates his son’s feelings, he believes there is a vast difference between calling for action against illegal traders now and ordering Buckingham Palace to dispose of a very important historical collection of artifacts that are part of the Royal Collection Trust.

The palace set includes a 19th century Indian throne with a footstool.

Read more: Strengthening the bonds of Charles and Diana after a ski tragedy

William also found himself in hot water in 2016 after he claimed that hunting trophy animals could be exempted if the animal was sterile, at the end of his life, and the hunter wanted to donate to charity to preserve the environment.

He said: There is as much commercial fishing in Africa as there is in the world. [Although] It is not everyone’s cup of tea. “

He went on a deer and wild boar hunting expedition in Spain in 2014 as well, just a day before he launched a request to stop illegal wildlife hunting – although there is no indication that his trip is illegal.

This week, William’s younger brother Prince Harry also stepped up to echo his brother’s words about climate change from his ITV documentary.

Speaking to WaterBear, he said it was important to put “the dos and don’ts behind what he says” and take action to tackle the environmental crisis.

Likewise, the Duke of Cambridge told ITV: “The younger generation wants more and more people to do things and they want more actions. We have to speed up the pace.”