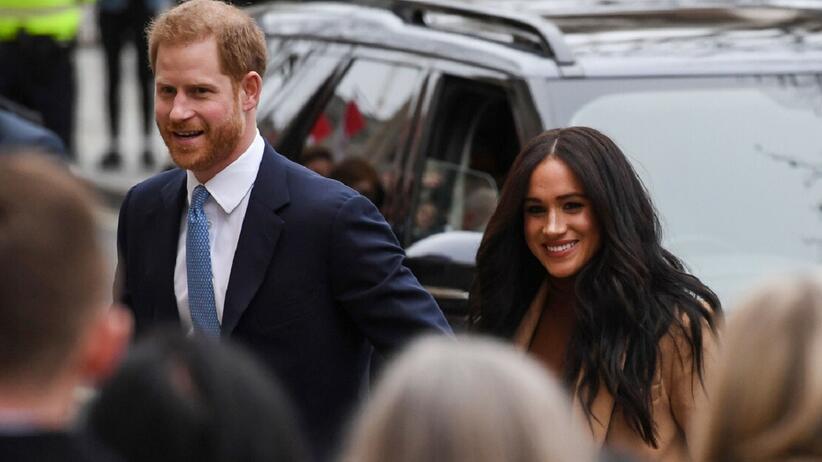 Prince Harry and Meghan Markle will return to Great Britain? The foreign press reports that the Duke and Duchess of Sussex will soon travel to the country. According to many people, it will be an opportunity for family reconciliation.

Prince Harry and Meghan Markle have been living outside Great Britain for more than a year. The couple quit their court jobs and moved to the United States, where they started a new life. Recently, their appearance in the media has sparked a lot of controversy. Meghan and Harry revealed in an interview with Oprah the unpleasant scenes of life in the British royal court, and talked about the princess’ suicidal thoughts and racist comments made before the birth of their son.

After this interview, the conflict between Prince Harry and the rest of the royal family escalated. However, the youngest son of Prince Charles and Princess Diana decided to return to the country several times. Among other things, at the funeral of my grandfather – Prince Philip, and more recently at the unveiling of the memorial to her deceased mother on the occasion of the 60th anniversary of her birth. It turns out that in September, Prince Harry will fly to England to participate in the upcoming event commemorating Princess Diana.

See also: Unveiled a statue of Princess Diana. end of conflict? “There is no objection between Harry and William.”

Prince Harry and Meghan Markle will return to England. Will there be reconciliation with the family?

According to The Sun, Prince Harry will return to Britain in September. It will be linked with upcoming festivities to commemorate his mother, Princess Diana. It is possible that for the first time since moving to the United States he will be accompanied by Meghan Markle.

Harry’s wife Meghan could be back with him, but sources say it may still be too early for her, especially since she just gave birth two months ago. – Reports the tabloid.

The Sun adds that a family meeting in September could be an occasion for reconciliation. The media reported that the meeting will take place at Kensington Palace, but we have to wait for official confirmation of this information. Prince Harry’s last meeting with Prince William was short, so there was no time for important conversations.

– There have been no peace talks, there is still a long way to go […] This is a big step, but it is neither time nor place. September is a preliminary date for the most lavish celebration of the statue. Harry will want to come back.

Don't Miss it There was no place even for a Nobel Prize winner among the “giants of science”. IPN: We don’t forget about women
Up Next White House: If Russia does not take action against criminals, we will do it ourselves