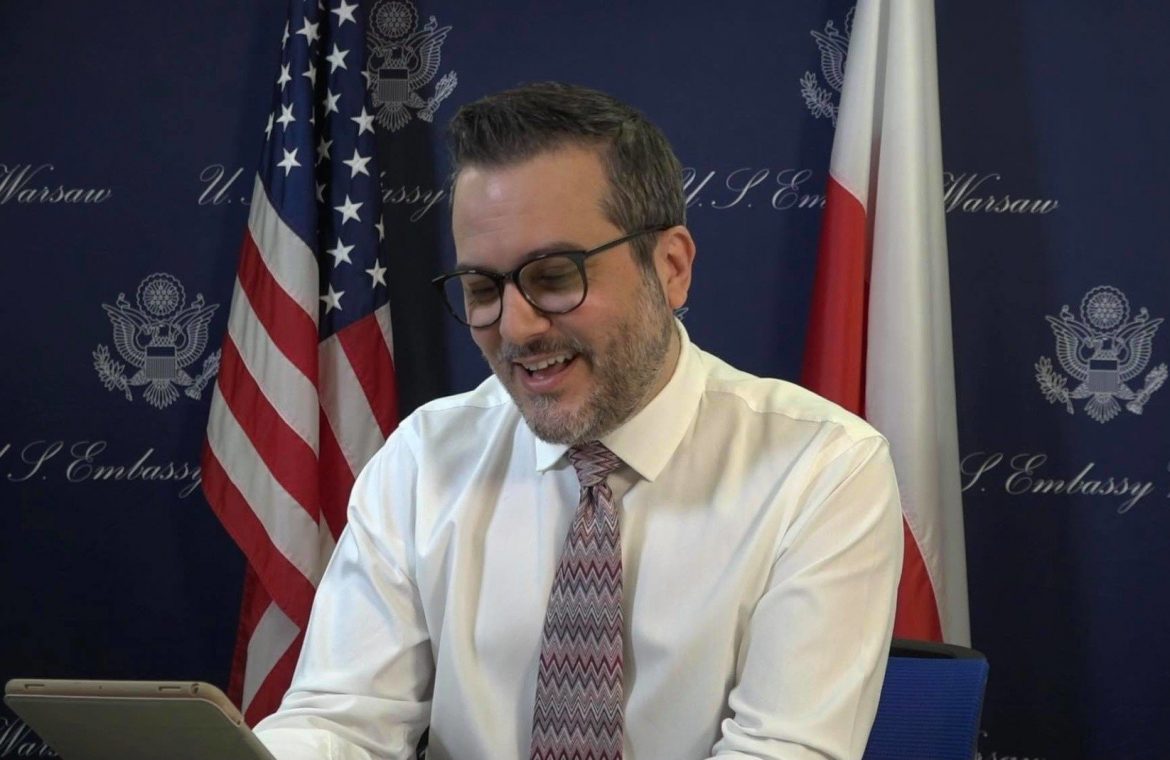 The Chargé d’Affairs of the United States of America in Poland, Pics Allew, answered some of the questions that Facebook users had asked. In Polish, of course. Topics included, among other things, Polish-American relations, Nord Stream 2, and human rights issues. There were also more personal questions.

Bix Aliu is currently Chargé d’Affairs, at the U.S. Embassy in Warsaw. Pecs returned to Warsaw as Deputy Chief of Mission (Deputy Ambassador) in June 2019. Sixteen years ago, he worked at the US Embassy in Warsaw as Deputy Consul and Deputy Cultural Attaché at the Embassy. Before being nominated as deputy chief of mission, Beeks served as Consul General of the United States in Krakow.

As a professional diplomat in the high-ranking US Foreign Diplomatic Service, Pécs began his diplomatic service in Macedonia, taking part in the activities of the International Conference on Resolution of the Kosovo Crisis at Rambouillet Castle near Paris as a member of the US Special Envoy to the Kosovo Delegation.

Prior to his return to Poland, he was the Deputy Ambassador at the US Embassy in Montenegro, where he often held the position of Chargé d’Affairs, representing US interests in Albania, Macedonia, Montenegro, Poland, and the United Arab Emirates.

Born in the Chicago metropolitan area, Bix holds a master’s degree in medicine from the Medical University of Kosovo and an MA in strategic studies from the US Army University. Fluent in Albanian, Montenegro, Macedonian, Serbian and Polish. Pecs is married with two children.

See also  KLM resigns from launching flights to the US

Don't Miss it Great Britain is increasing its climate ambitions. Shorthand, it would include aviation and shipping
Up Next England-Poland: live coverage and result