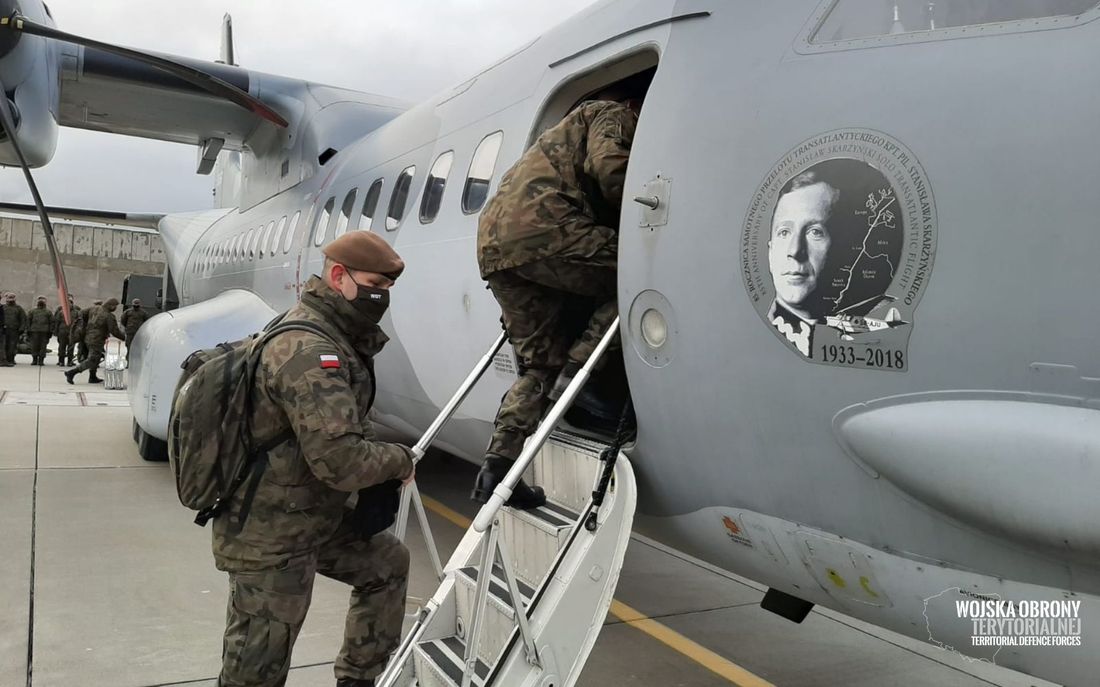 At the request of the Minister of National Defense – Marius Puschachtak, on December 25 this year. A task force of 30 Polish soldiers flew from the Poznan-Krzysini airport. Soldiers were separated from the Provincial Defense Forces and Operations Forces. The purpose of the mission is to support the British border and medical services.

Thanks to the relief efforts of the soldiers, Polish truck drivers will soon be able to leave Great Britain. The scheduled deadline for implementing the tasks is December 27 this year, with the possibility of extending them, if necessary, for another two days.

The operation to support the Poles in the British Isles is called “ZUMBACH” – in memory of Jan Zumbach, commander of 303 Squadron.

The task of the Polish soldiers, in cooperation with the Polish consular services, will be to provide support to the British border and medical services in the field of logistical security in food, water and coronavirus testing for drivers awaiting border checks in the United Kingdom of Great Britain.
It was agreed to implement the aforementioned measures between the Ministries of National Defense in the two countries.
Of the 30 Polish personnel, up to 20 are soldiers of the Regional Defense Forces delegated from the 12th Wielkopolska Brigade to the TD. The rest are ground and special forces soldiers.
The soldiers took with them antigen tests, food, and personal protective equipment. The mission group consists of paramedics, soldiers qualified to take swabs and drivers.
A second task force is prepared with five additional medical and food teams within 6 hours ready to leave. The transportation of soldiers is ensured by the CASA C-295 Air Force crews.

Video – Film of the departure of Polish soldiers

Due to the application of new restrictions to combat epidemics in the European Union countries and the discovery of a new mutation in the Corona virus, the French government decided to introduce border control and introduced a requirement to obtain a negative corona virus test result for people leaving the British Isles.
As a result of the immediate implementation of restrictions and limited access to diagnostic tests, several thousand trucks and drivers are stranded at the UK border. They have been waiting for a diagnostic test for several days.

The limited diagnostic base and epidemiological restrictions limit access to toilets, food and water. Drivers do not know the possibilities of clearing the border and leaving the UK. It is estimated that there are more than 2000 Polish citizens among them. The Minister of National Defense decided, at the request of the Secretary of State, to send a task force to Great Britain, separate from the Polish Armed Forces, in order to support British border activities and medical services, and to enable Polish citizens to leave the territory.

Don't Miss it South Korea picked up fighters. Reason
Up Next Minor increases in Wall Street – netTG.pl – the economy