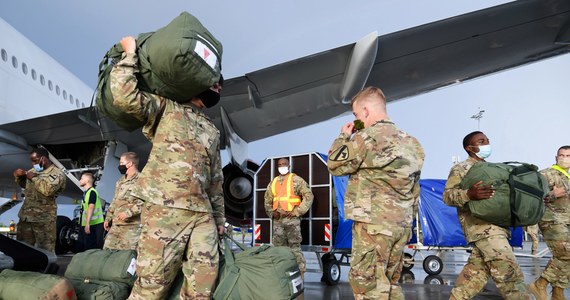 The administration of US President Joe Biden will be able to consider reducing the presence of its forces from the eastern flank, including from Poland, if Russia decides to take “proportionate” action – he told NBC News, citing officials linked to the US government. A few hours later, the US charge d’affaires in Poland, Bex Aliu, denied NBC’s information.

Since the fall, there have been reports that Russian troops are massing on the border with Ukraine, which worries not only Kiev, but also Washington. The Kremlin, in turn, makes clear that it is concerned about the presence of NATO forces on the eastern side.

The Americans are considering sanctions, including The Nord Stream 2 project hit.

If Russia decides to resume aggression against Ukraine, the Nord Stream 2 gas pipeline will not be launched – The head of US diplomacy, Anthony Blinken, suggested in recent days.

NBC News said the United States was considering measures that would “reduce tensions.” According to the TV, the Joe Biden administration will be willing to negotiate various plans if only Russia agrees to limit its military presence in the region.

Citing current and former members of the administration, NBC said the United States could change its troop deployments in Europe if Russia acted proportionately. Officials stressed that merely a Russian withdrawal of troops from Ukraine would not be “enough.”

The diplomatic track is, of course, only one option. The Biden administration is also preparing for the scenario of a Russian military attack. The United States is considering sending military equipment to Ukraine, including Stinger surface-to-air missiles. Kiev is trying to get such help from the Americans.

During today’s press conference, Anthony Blinken announced that the United States is ready to start talks with Russia on “risk reduction, transparency, as well as nuclear and conventional threats.”

Chargé d’Affairs Bex Aliu denied NBC’s reports. It is not true that the United States is considering withdrawing its forces from Eastern Europe. We are closely linked with our NATO allies. We solve this crisis together according to the principle of “nothing is in you without you”. – wrote on Twitter.

After Russia occupied Ukraine’s Crimea in 2014, the Americans and other NATO countries sent troops into Eastern Europe. Currently, about 6 thousand and about 4 thousand American soldiers are deployed in the region. in Poland.

Stoltenberg: The danger of a new conflict is real

Don't Miss it Russia and NATO talks. Playing with fire is not in the interest of the United States.
Up Next The Witcher 3 is the most downloaded PS4 game in December; The leader is among us