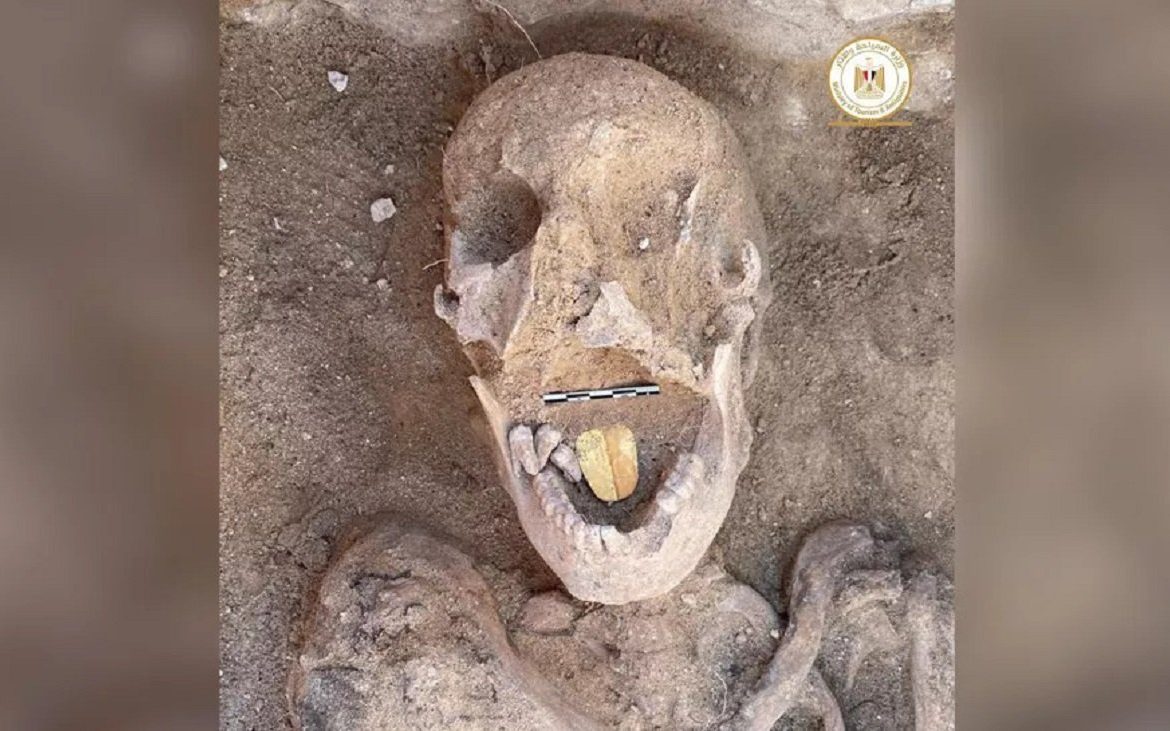 Archaeologists working on the Taposiris Magna site found a mummy 2,000 years ago. There was … a golden tongue in her mouth.

One of the theories is that Responsible for the burial They wanted to give the deceased a chance to communicate in the afterlife. Perhaps the mummified person suffered from a speech impediment during his life, although it is not known why the tongue placed on his body was made of gold.

Also read: How do archaeologists know where to excavate?
Also read: 59 coffins have been discovered in Egypt. They come from thousands of years ago
Also read: The oldest battle in Europe? Archaeologists have a new theory

A team of archaeologists led by Kathleen Martinez discovered a mummy in one of 16 tombs inside Taposiris Magna. In this ancient port there were, among other things, temples dedicated to Osiris and Isis. Earlier, scientists found there a set of coins bearing the image of Cleopatra VII.

The other 15 mummies are also around 2,000 years old and contain unusual artifacts. In one cemetery, the woman was wearing a death mask that covered most of her body. This mask contains a drawn smile. Another mummy has golden elements that remind us of Osiris.

Although archaeologists are not sure of the exact date of the burial, they believe that the dead lived during the reign of the Ptolemies (304 BC to 30 BC) or the Roman Empire, which took over the country after the death of Cleopatra. The seventh in 30 BC

Don't Miss it This is how Polish cities have changed since 1984. Watch the animation! How have provincial capitals grown over the years?
Up Next German journalist hit the European Commission President hard. There were also words about Poland and Hungary