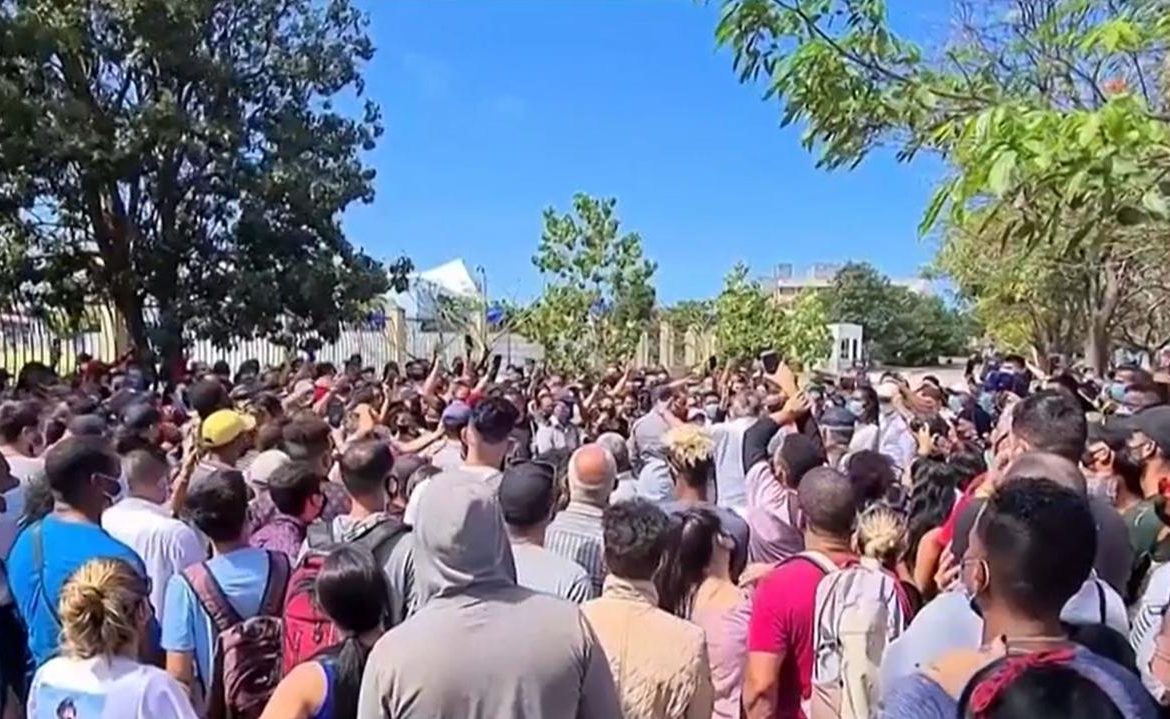 The number of Cubans leaving their homeland has increased dramatically in recent months. Migration – often along irregular and dangerous land and sea routes – has raised new tensions between the authorities of Havana and Washington.

In April, US and Cuban authorities held high-level talks on the immigration crisis for the first time in four years. The two countries expressed their positive views on the talks, but no binding agreements were reached.

Senior management representative Joe Biden “The talks were the beginning of a good dialogue,” he said, Foreign Minister Cuba It was considered an “undoubtedly positive sign”.

Nicaragua is a stop on the way to the United States

In November NicaraguaA close ally of Cuba, it lifted the visa requirement for Cubans, saying the move was aimed at boosting trade and tourism.

However, among Cubans, going to Nicaragua is a way to escape the island’s economic crisis, food and medicine shortages, and social discontent, the greatest since the Cuban Revolution.

pandemic COVID-19 Tougher US sanctions have also deepened the crisis and contributed to increased immigration. From Nicaragua, many Cubans are heading north towards the US-Mexico border, where they attempt to enter illegally. United States of America.

More and more Cubans are fleeing to the United States

Within six months, nearly 80,000 Cubans were arrested at the US-Mexico border. In March alone, more than 32,000 Cuban citizens were arrested, double the number in the previous month, according to US Customs and Border Protection.

Cubans also leave the country by sea. Risking their lives, they sail toward the United States in small boats and on boats.

The Joe Biden administration said it is working with regional allies to contain the rising numbers of migrants arriving at its southern border. Costa Rica, the Dominican Republic, and Panama have recently implemented or announced the introduction of “transit” visas for Cubans.

Read also: Diplomats from 21 countries called on the authorities in Havana to “respect the rights of the Cuban people”. Poland is among the signatories

Don't Miss it Eurovision 2022 – Sweden. Who is Cornelia Jacobs to sing Hold Me Closer?
Up Next The “Ghost of Kyiv” died. More than 40 Russian planes were supposed to be shot down