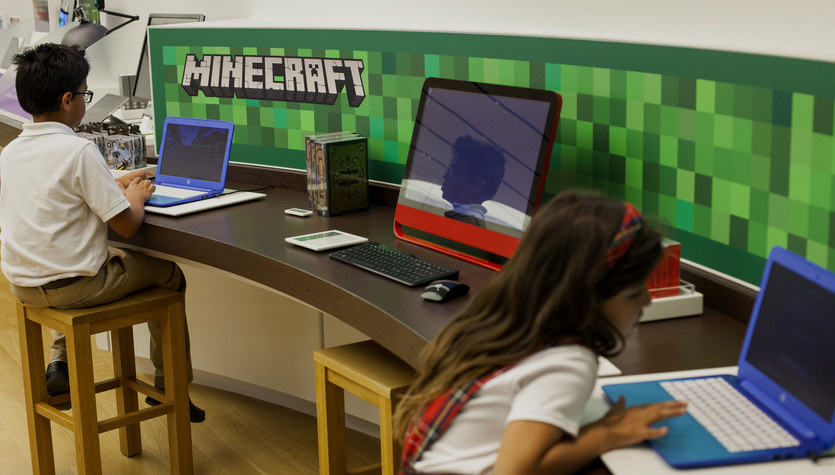 The British Government Environment Agency has been created A world called RiverCraft for MinecraftPlayers can through it Learn about environmental protection and climate change. A special level in the educational version of the game was created in collaboration with Archbishop Temple School in Preston, England and Microsoft – the title publisher. It’s free to download, and there’s also a free activity plan for kids.

RiverCraft world allows players Minecraft: Education Edition Discover and understand the areas covered by the UK’s Environmental Protection Agency. The game is divided into three challenges in the form of lessons related to flood mitigation, climate change and the local environment.

Children around the world can now learn more about flood reduction thanks to the new educational game Minecraft ����Rivercraft uses @PlayCraftLearn to inspire the next generation of environmental champions… https://t.co/F4t7C3v0hG pic.twitter.com/RA3k4IBCFs
EnvAgency
April 5 2022

Flood risk plans developed for Preston and South Ripple were used to create this unique level 54.7 million pounds sterling. The game simulates this area because it is threatened by up to three types of floods: surface flooding, river flooding and coastal flooding. Minecraft notes that their effects can be mitigated, but not fully contained.

The level, created in collaboration with the British Government, also informs that progress on climate change will be further intensified extreme weather phenomena. Players can see for themselves a simulation of what could lead to global warming, what the consequences would be, and what each of us could do to avoid it.

The game also teaches you how important it is The role of the immediate natural environment By promoting parks, sports facilities and green spaces. Players can also learn about invasive and local species, waste separation, a balanced (vegetarian) diet and water reduction.

Minecraft is currently one of the most popular computer games in the world. The title has been selling in numbers since its premiere in 2011 More than 238 million copies. In 2014, the rights to play Microsoft bought 2.5 billion dollars. A special education version in production called Minecraft: Education Edition was released in 2016.

You can see parts of the game from the “eco” world in Minecraft on the video below:

See also  From McDonald's to the world champion. The remarkable transformation of Lawrence O'Colli
Don't Miss it 10 Years of Diablo 3. Blizzard has announced a new patch to celebrate its birthday
Up Next The University of Technology will collaborate with State Forests. Who will benefit from it?