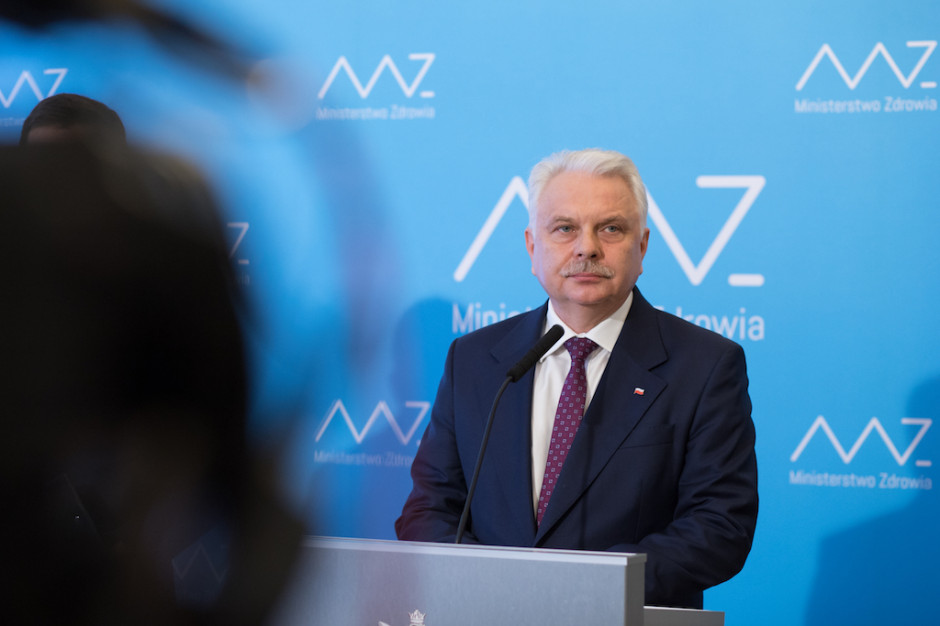 We want to present a map to easing restrictions over the next several weeks, assuming the downward trend in infections continues – says Deputy Minister Valdemar Kraska.

On the radio station Jedynka, Deputy Health Minister Valdemar Kraska informed that more than 8,000 cases have been recorded today. Infections.

We see a downward trend of close to 40 percent. Less injuries than last week. For me personally, it is very important that the number of people hospitalized due to infection with the Coronavirus decreases every day. Over the past 24 hours, Covid patients have evacuated more than 1,300 beds, and fewer than 100 ventilators have been operated. This is very good information, because the efficiency of the Polish health service during the height of the third wave was really on the verge of bearing – he commented.

When asked about the plan to unfreeze the economy, he replied that he was on the most conservative side in terms of easing.

We know we have to be very careful about it, although we are all tired of it, the economy also wants to make up for this wasted time as soon as possible, so the final decisions will be made today. He declared that we want to present such a map for the next several weeks, assuming, of course, that this downward trend will continue.

Deputy Minister Kraska also pointed to the assumption that unvaccinated people would pay treatment if they contracted the virus.

Let’s cheer us up and not scare us

We all pay insurance, and I am in favor of persuasion and encouragement, not intimidation and imposing some penalties, because I believe that citizens should be persuaded and not punished.

The European Union is working very quickly on what is called a passport or a Covid certificate, which will allow for confirmation and facilitate movement between countries.

Maybe that will make our life in the European Union easier, but I think only after we all have equal opportunities to get vaccinated do we know that at the moment a lot of people want to get the vaccine, but their role has not started yet – he commented.

When asked about the declared high percentage of those who still do not want to be vaccinated at all, he replied:

– This is bad news. Because from this percentage of those who do not want to be vaccinated, we will have another increase in the fall. Let me remind you that we achieve herd immunity when unvaccinated people do not become infected. We get it at roughly 90 percent. Society is immune. To stop an epidemic, herd immunity should be 60-70%. – These are very large numbers, so my plea for vaccination.

The host also asked him about research undermining the outdoor masks sensation?

Sure, there are fewer injuries outside compared to closed rooms, but there is a small problem with the fact that once you take off the masks in outer space, some people think that they also don’t have to use these masks indoors – Deputy Minister Kraska responded

– Also in open spaces, when we are standing, for example, in a fairly crowded place in front of a pedestrian crossing, and in front of a gallery, in line – this mask should also be used. When we’re alone in the open, the mask doesn’t make any sense – he rated it.

Don't Miss it Brian Fargo of inXile Entertainemnt was excited about the new game
Up Next United States – Iran. An American ship fired warning shots in the Persian Gulf