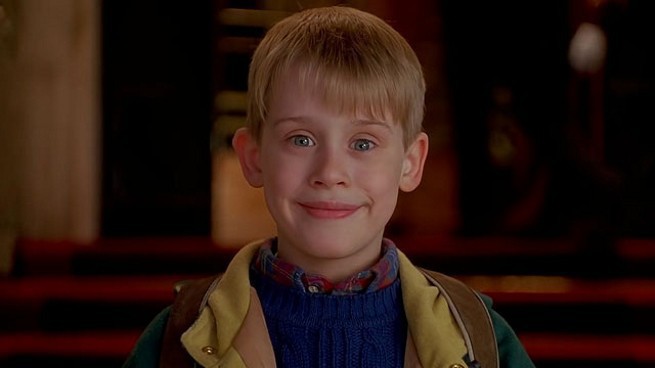 Neither the United States, nor Kevin’s home country, has this movie closely related to Christmas. “Kevin home alone might be a tradition for some people, but I don’t think it’s a Christmas movie that’s particularly popular these days,” says Nick from Virginia Beach. He adds, “+ It’s a wonderful life + A movie that my family and I have watched for many years. I think it’s still very popular.” In his opinion, the most watched Christmas movies in the US today are “Elf,” “Christmas Gift,” “That Love,” and “It’s a Wonderful Life.”

The song “Music Sounds” and “Snowman” in Great Britain

Harry, a Briton who has lived in Warsaw for years, says he is not surprised by the popularity of “home alone” in Poland. He adds, however, that such a position is not a cult in his homeland. “The two most traditional Christmas movies in the UK are + The Sound of Music + and + Snowman +. Both are shown on TV every Christmas – and only during the holidays,” he explains.

On the other hand, Tom, from London, mentions that the most important part of the holiday is Queen Elizabeth II’s speech. “Then you watch a popular movie, usually a family movie. But it’s not one specific movie every year. There are also special episodes of the best series, like + Doctor Who +” – he adds.

“Kevin is alone at home” is one of the main points in the musical repertoire during Christmas in the Czech Republic. This year, on Christmas Eve, it will be broadcast by a supermarket across the country. The program of public and private television stations also includes the fairy tale “Trzy Orzeszki dla Cinduszek”, a German Czechoslovak joint production from 1973.

In Germany, the movie about the adventures of an eight-year-old is also considered a cult movie. “+ Home only Kevin + has been broadcasting on Sat.1 TV every Christmas for years, so it has become part of a Christmas tradition for many families” – informs the website of the daily Augsburger Allgemeine and adds that when the station did not include him in the program in 2013 Viewers were disappointed.

Stine from Ebern, in an interview with PAP, argues, however, that family watching movies on TV is not a common practice. “People go to church, have dinner, then sit together and talk and sing and eat homemade cakes. Children play with the toys Santa gave them” – he says. On New Year’s Eve in Germany, one usually sees a “dinner for one” – an 18-minute British sketch recorded in 1963. It is also very popular, among other things. In Sweden, Denmark and Norway.

Without Kevin, there are no holidays in Portugal and Spain

Nor can the Portuguese and Spaniards imagine Christmas without “Kevin”.

Italians also see it, albeit not so impatient. The so-called Italian cinepanettone, or Christmas stand-up comedy released in December, is often poorly rated by film critics. This year, it was the premiere of the movie “Holidays on Mars”.

“I don’t usually watch movies during Christmas,” says Stefano, from Sardinia, “but we do play games.” Tombola – a traditional Italian game similar to bingo – is especially popular during the holidays.

Among the eagerly-watched holiday classics in Italy, Stefano also mentions “An Unexpected Change of Places”, “This is Love”, “Life is Beautiful” and “Willy Wonka and the Chocolate Factory”. On the other hand, in Finland, where he lives, he watches “It’s a Wonderful Life” and “Best of the Best: Christmas with Disney” from 1958.

Anneliese, who lives in Paris, tells PAP that there is no “cult” of Kevin in France, nor are there other films that are traditionally watched on holidays. “The French are very attached to what is original and French, so watching a foreign movie can hardly become a common thing,” he argues.

Victor, who lives in Stockholm, responds in a similar way. “We have a lot of old Swedish films that we see during the holidays,” he says.

The British website money.co.uk analyzed the most searched Christmas movies on the Internet in 18 countries before Christmas last year. Home Alone Kevin ranked first in the United Arab Emirates and Singapore. It is also popular with their Philiphines. “Every year in December, our local TV station broadcasts it,” – IG from Iloilo told PAP.

In our country in Polsat

Polsat TV acquired the rights to broadcast the movie “Kevin Alone at Home” (and its continuation – “Kevin Alone in New York”) in 2000. Both producers aired on the station nearly every year during the Christmas and New Year period.

See also  Gavin & Stacey stars are meeting up for the Christmas Day Show
Don't Miss it Online learning of polyphony for songs on Triduum
Up Next New restrictions. a. Harpan: The day after tomorrow we can close Poland