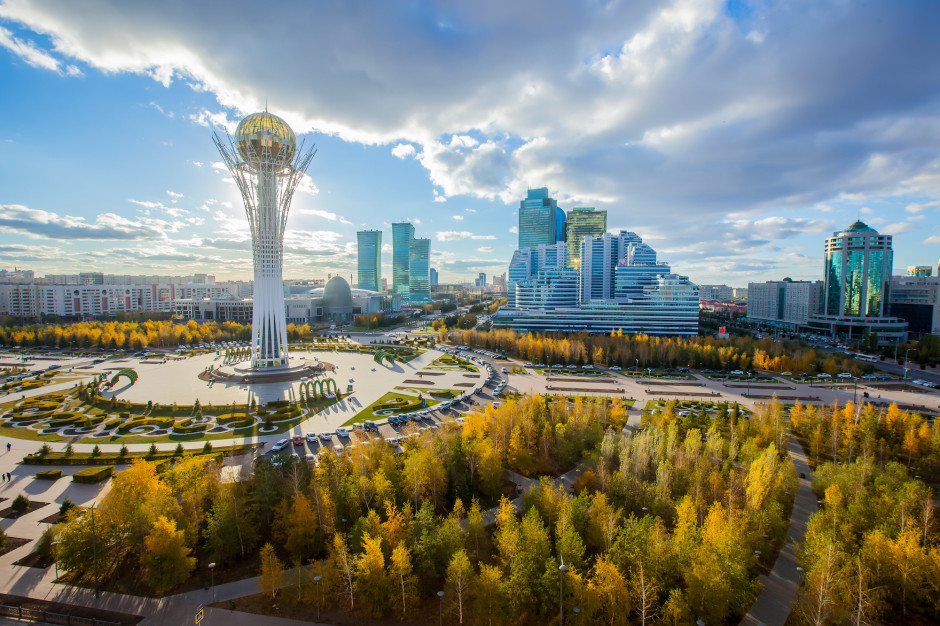 Father says: Find a job – said Imanbek Zeginov or DJ Imanbek, who this year won a Grammy Award for Best Remix. Before that happened, he worked at a train station in Aksu, a town of 70,000 people, in Kazakhstan.

“What did you do exactly? I have put special blocks under the wheels of the train so that it does not disappear,” – Dodo told TV. Zhigenov studied at a railway school and worked at the station. In his spare time, he made remixes and uploaded them to social networks, where he had several hundred friends.

“This is the first Kazakh in Grammy history and in the history of Kazakhstan,” superstar Russian TV presenter Ivan Urgant joked, welcoming Zhezhinov to the studio.

“I woke up in the morning, and there were probably 90 missed calls. Among them maybe the president of Kazakhstan,” – said DJ Imanbek. He later read in the media that the president had congratulated him publicly.

In 2019, Immanbeek spent two and a half hours remixing “Roses” by American rapper Saint Jhn. What happened next was unexpected – the song went viral, hit TikTok, and hit the top of the US Hot100 Billboard charts and other charts with the club’s music. He was at the summit in Canada, Australia, Ireland and Great Britain.

Today on YouTube his remix of “Roses” has garnered nearly 148 million views, and judging by the comments, not many fans of this track were aware that the original looked completely different.

His success caused euphoria throughout the former Soviet Union, but Zejkenow himself – at least for now – is still a regular boy from Aksu. He did not sign the first contract with the Lithuanian music company because, as he explained, he does not speak English and “does not want to explain it.” Finally, he signs a contract with the Russian company Effective Records.

After he was nominated for a Grammy Award, which he learned about while driving Aksu with his Lada Priora (which he bought after his first musical successes), he appeared on Russian state television via a video link against a green background. As in typical apartments in Russia, Kazakhstan and Belarus.

“My dad is constantly asking me to find a job. I don’t tell him exactly how much I earn,” – he told the Liter.kz portal. He never missed a railroad that he abandoned for music.

He lives with his parents and admitted that he “only recently discovered the difference between cooking and frying”. “I can’t cook, just Chinese soup,” he laughed.

In his home town of Aksu, as Dodi said on air, nobody particularly reacts when he’s walking down the street. “Everyone knows each other there and they know they can always call or write. It’s different when I go to Almaty or Astana, for example – then more people ask for a picture” – he said.

“I get a lot of phone calls and shows,” he said during an interview with Radio Energy. Even before the Grammy, he began performing projects with world-famous musicians. At the moment, due to the epidemic – only online. Imanbeek recorded, among other things, a mini album with David Guetta and Rita Ora. “Some people thought that Rita Ora came to Aksu, because the recording has a place very similar to our own melody,” – said the artist.

The Internet jokes that Imanbek is the second, next to the sarcastic (and according to the Kazakh authorities – the offensive) character – Porat, Sacha Baron Cohen, who made Kazakhstan famous. One fan wrote, “Americans no longer ask if it is Pakistan when I tell them I am from Kazakhstan.”

See also  Great Britain rushes to commute the Obostra. Representatives are sounding the alarm about "catching an infection" | News from the world

“If the Kazakhs open a portal to time in a few years, it will not surprise anyone at all” – joked an internet user in Imanbek’s Youtube video.

Don't Miss it Green car park at Trasa Zamkowa in Szczecin
Up Next NASA conducted a pivotal test of the powerful SLS missile. They are supposed to take people to the moon