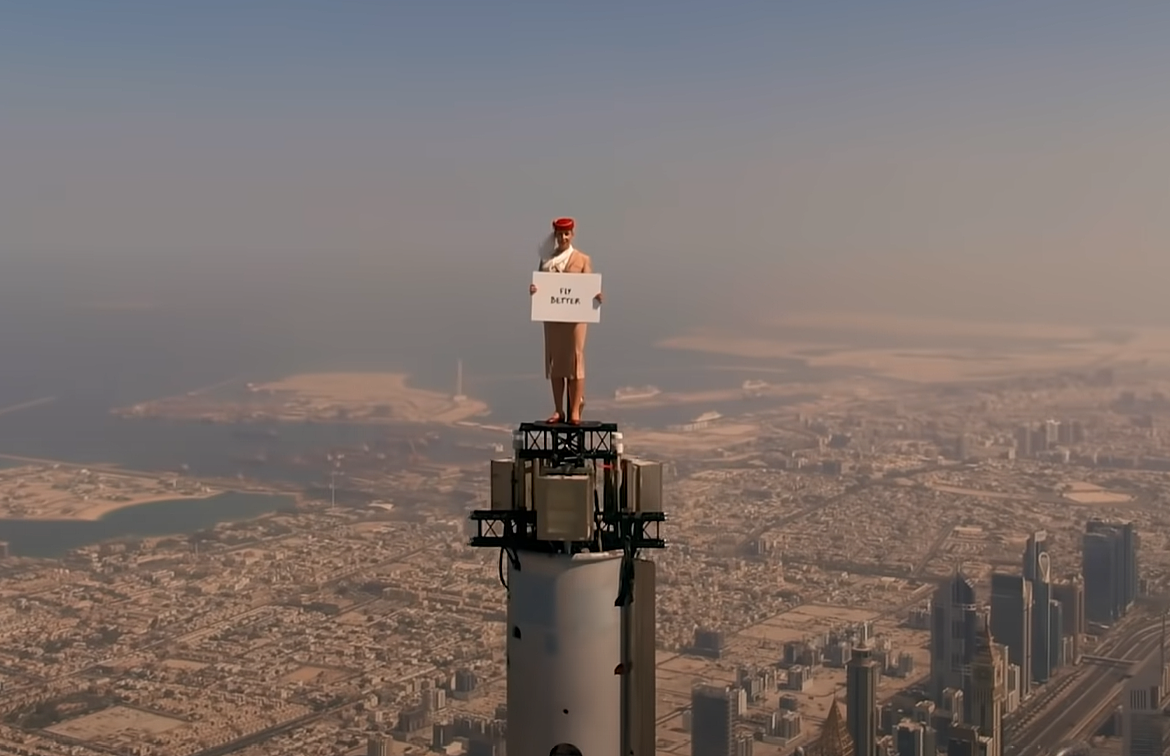 Emirates has released a video ad showing a flight attendant on top of the Burj Khalifa. No special effects were used in the film, and the carrier wanted to promote the resumption of contacts with Great Britain in this way.

According to fly4free.pl, Emirates Airlines has decided to record an unusual advertisement to celebrate the resumption of flights between Dubai and London.

Nothing unusual happens most of the time in the movie. You can see a permanent flight attendant translating cards telling that the British government of the United Arab Emirates has joined the group of orange countries.

The woman standing on top of the tallest building in the world is only seen at the end of the movieWhen the frame changes that appears the wider perspective. As Emirates CEO Tim Clark said: “The peace of mind and confidence of the cabin crew you see in this ad is an example of ‘front line’ employees serving and keeping passengers safe.” He also adds, “We always try to defy standards and push boundaries. And we do that every day with our innovative services, best-in-class products and of course our advertising.”

The main character of the film is Nicole Smith Ludvik, who is not a flight attendant, but a paragliding instructor, as well as a traveler and adventurer. “This is without a doubt one of the most amazing and exciting stunts I have ever done. A big salute to Emirates for their creative marketing idea! It was a pleasure to be part of the team,” admits the ad heroine.

Emirates has released a behind-the-scenes video of the ad to prove that no special effects were used.