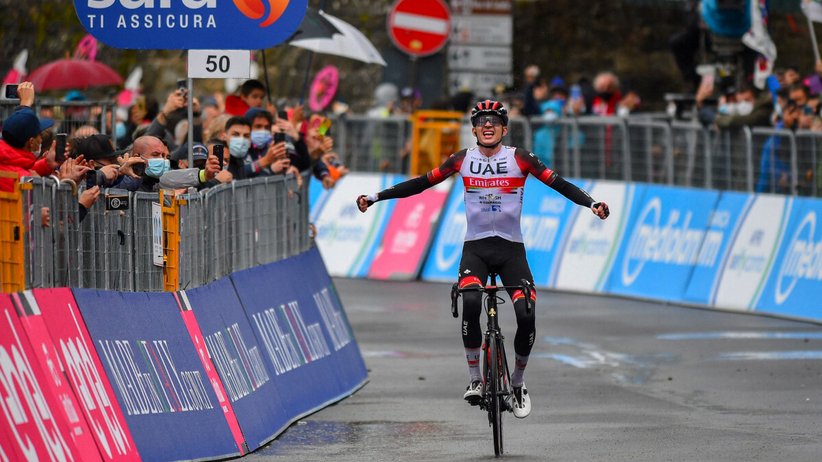 Joe Dombrowski of the UAE team won the fourth stage of the Giro d’Italia bike race on the Piacenza – Sestola road. The new leader of the race is Italian Alessandro De Marchi from Bahrain Victorious.

Joe Dombrowski With the Emirates team, the UAE team won the fourth stage of the cycling race in Sistula Tour of Italy. The leader’s pink shirt ranked second in the Italian finish line Alessandro de Marchi (The emerging state of Israel).

American Dombrovsky held the most power out of the group of 25 fleeing passengers, leading De Marchi by 13 seconds and Italian Filippo Fiorelli (Bardiani-CSF-Faizan) by 27 seconds.

The theater, which was played in the rain over a rugged mountainous terrain, broke the stakes. Cyclists reached the finish line individually or in small groups, and the first favorite race – Colombian Egan Bernal, Russian Alexander Vlasov, Spaniard Mikel Landa and Britain’s Hugh Karthy – ended in losing more than a minute and a half. Britain’s Simon Yates, Belgium’s Remco Evinpool and France’s Roman Bardet lost 11 seconds to this group, while Australian Jay Hindley, second in the Giro last year, lost 34 seconds.

Portugal’s Joao Almeida, who lost more than four minutes to Bernal’s group, practically buried his chances in a high position.

Asukasz Wiowsniowski, Tomasz Marczyiski and Maciej Bodnar occupied faraway places again. They all completed the episode in the big set, 28 minutes behind the winner.

Dombrowski and de Marchi, the heroes of the theater, are very experienced cyclists. Both had special reasons to be content on Tuesday. The 29-year-old American, who made his elite debut for Sky Team in 2013, scored his fourth victory, but was the first in Europe and in a race of this rank. On the other hand, the Italian, on his fifth debut in Giro, wore a pink shirt for the first time. In the previous two seasons, De Marchi represented the now defunct Polish group CCC.