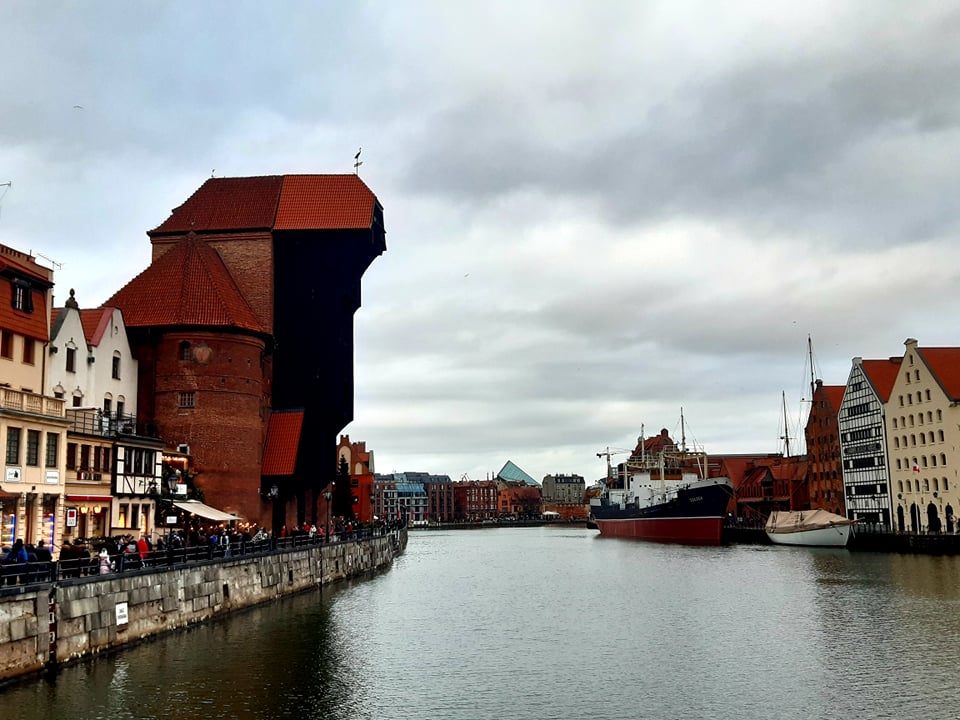 Gdansk’s water location supports economic development and undoubtedly affects the city’s tourist attraction. Realizing this potential, the local government in Gdansk saw the need to develop a coherent city water management policy, which would allow for the sustainable development of waterside areas, of course while respecting natural values ​​and protection from flooding. A study on municipal water policy has been prepared. This is one of the few comprehensive approaches to this topic in Poland. It is part of the extensive activities of the local government related to Gdansk’s adaptation to climate change.

The undoubted advantage of Gdansk is its location. The city has access to the waters of the Gulf of Gdansk, but also to the Vistula, Motlawa, Radonia, many streams and their tributaries with holding reservoirs. The city’s water system is also created through drainage canals located on reclaimed land. In 2014, the Gdansk City Council adopted the Gdansk Development Strategy 2030+, according to which nine operational programs were created, including the Public Space Operational Programme, which was implemented, among other things, by the Gdask Development Office (BRG). Following the program’s guidelines, in the second half of 2017, BRG began work on a water policy study in Gdansk. The document also refers to the study of the conditions and trends of spatial development of the city of Gdask (SUiKZP), in which the water regime was indicated as an important element in the formation of public spaces – both at the city level and at the local level. It should be noted that it also implements the guidelines for the decision of the Gdansk City Council in August 2021 on the rules for dealing with urban green spaces. The study of water policy in Gdansk allows, thanks to a comprehensive analysis of the waterside areas, to take steps towards attractive and sustainable development of sidewalks.

How do you know the subject?

When starting the study, city planners took into account four main aspects of the Gdansk water system: economic, spatial, functional (city life with water), nature protection and flooding. The study was divided into two parts. The first was published in 2018. It presents the conditions, possibilities and limitations of the water system in Gdansk, as well as specific directions for further work. The document mainly deals with the issues of accessibility for residents of the Gulf shores, rivers and streams and the way they are arranged, that is, the approximation of the city to the water and the creation of a system of public water spaces. The areas in contact with water were analyzed – more than 100 kilometers from banks and piers – and the form of their development and target device was proposed. The conclusions show that the sidewalks should be arranged in such a way that it corresponds to their surroundings.

The waterside areas are divided into five functional areas: residential, economic, natural and recreational, multifunctional, and military. The type of area determines the possibilities of using the sidewalk. In the residential area, banks and sidewalks should be, as far as possible, accessible to pedestrians and cyclists, but in the production area, economic priority limits their accessibility significantly. City planners have also noted the positive effects of defining public green spaces along waterways, in accordance with the idea of ​​so-called blue and green bands that allow the city to “ventilate” and link recreational areas into a cohesive network. Importantly, ranges are necessary to protect flowing waters and conserve biodiversity. Its creation is also an opportunity to enhance its water-retention potential, which is very important for protecting the city from floods and adapting to climate change. The first part of the study is a normative document that can be supplemented by other units according to their competencies, for example in the field of sailing and water transport development, or flood protection, including rainwater retention. This study, which clearly defines the possibilities for the development of the riverside areas, will form the basis for the design and investment activities of the municipal units.

The result of the publication of the first part of the study was the identification of areas that require detailed analysis and study. Upon starting further work, in the second half of 2018, the Gdansk Development Office conducted a survey on the development of sidewalks among Gdansk residents. Their findings were an important starting point for work on the next stage of Gdansk’s water policy. The result of several years of work by a team of experts was four more water policies: the Vistula, Motlawa, Zatoka Gdaska and the Small Streams and Rivers policy – all completed in 2021. It is an important complement to the publications from 2018. Each of the episodes considered has its own character, availability and functionality. ; Each one is adjacent to different spatially, functionally and landscaped areas of Gdansk. City planners have investigated the possibility of making water beaches available in individual sections and have developed guidelines for the most useful devices. For all analyzed regions, separate development trends were drawn up, and their potential was clearly defined. Not all berths can be provided to residents and developed equally. In the areas adjacent to apartment buildings, emphasis has been placed on increasing and balancing access to safe green spaces by water for the daily recreation of residents. In the center of the country, the necessity of developing the most prestigious public spaces located beside the water, ie the so-called water salon of the city.

An important element of the study is a special approach to the management of sections located in natural protected areas, where minimal interference with the environment and landscape is assumed. This approach aims to protect the biodiversity of the coast of the Gulf of Gdansk, preserve the western and eastern green coastal belt and protect the natural habitats of the flora and fauna of the Tri-City Landscape Park. The entire study addresses the main challenge of developing the modern city of Gdansk, i.e. improving the quality of life of its residents and adapting to climate change. All parts of the study point to the possibilities of increasing retention in Gdansk, reducing desertification in the regions and the emergence of heat islands. The study guidelines relate broadly to methods for reducing the impact of sudden adverse weather conditions on city performance.

The study aims to facilitate the sustainable development of waterside areas, taking into account their natural values, bringing the population closer to the water, as well as improving flood protection. It will be used by municipal entities and private investors when planning and implementing new projects in Gdansk. The study also provides guidance for local spatial development plans. It is worth noting that the study can also help residents and local associations when submitting projects to Gdańsk Civic Budget and Green Civic Budget.

The study of water policy in Gdansk is an important document due to a coherent and comprehensive approach to the entire city water system and multifaceted guidelines, ranging from the development of a single part to the planning of the entire water network. The next stage of work on water policy in Gdansk is carried out jointly with municipal units, incl. Gdańskie Waters will start in 2023. It will include the creation of a database of green areas on the banks of the river and the development of blue cards containing guidelines for their development.

Don't Miss it 30. Grand Orchestra Christmas Charity Final. The whole truth about the foundation and Jurek Usyak. Behind the scenes creating an orchestra that all of Poland loved
Up Next England. The end of Covid restrictions. What has changed?