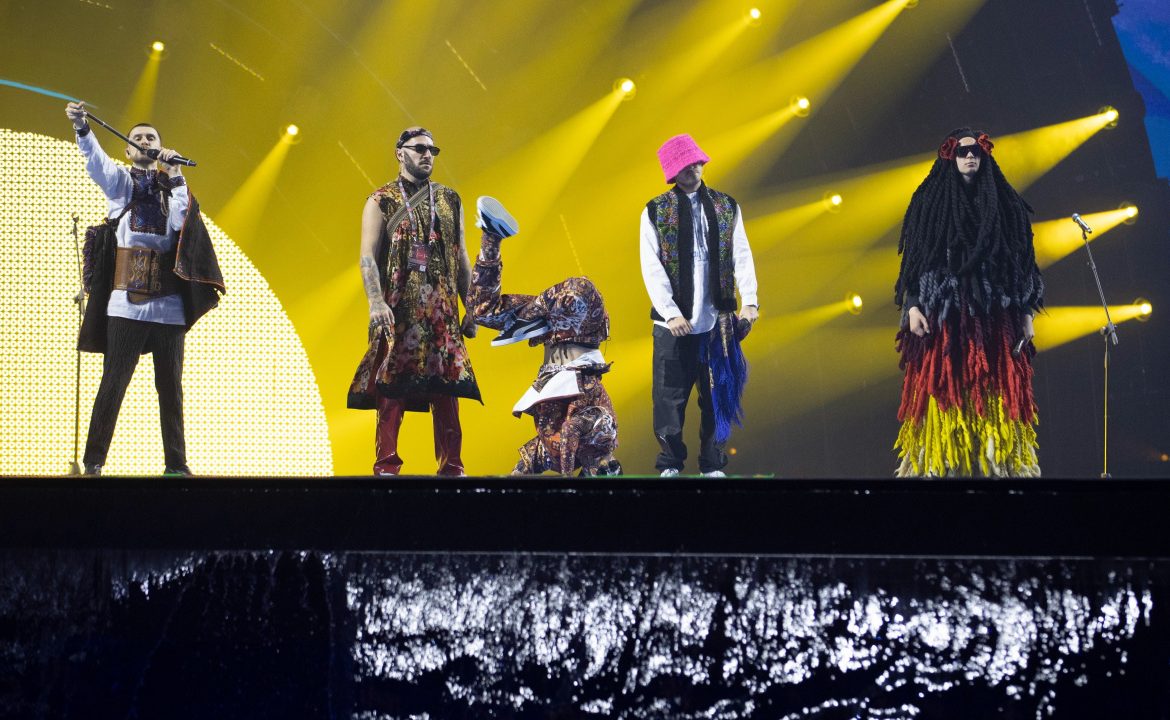 It’s been a long time since bookmakers were given an almost 50% chance of winning the Eurovision Song Contest! Meet the members of the Ukrainian Kalush Orchestra and learn about their song “Stefania”.

Kaloosh Orchestra It’s a name that in recent weeks has certainly grabbed the ears of everyone who cares a little bit about Eurovision. The Ukrainian actor in this year’s competition is the absolute favourite. In betting, the team was selected to take first place, completely outperforming the competition in the form of Mahmoud and Blanco from Italy, Sam Ryder from Great Britain, Cornelia Jacobs from Sweden and Christian Ochmann from Poland. So it’s time to take a closer look at this interesting collection.

Kalush is a Ukrainian hip-hop group founded in 2019 in Kyiv. The band takes its name from the city of Kałusz, where its founder, the rapper, came from Ole Bsyuk. Besides him, the group includes: a multi-instrumentalist Ihor Didenchukwho you can associate with the popular electric band Go_A (their song “Shum” took fifth place at Eurovision 2021) and a dancer Vlad Koroshkaappears under a pseudonym MC Killimen. They have two albums of their own: “Hotin” and “Yo-yo”, released by the famous American hip-hop record label Def Jam Recordings.

In 2021, the trio expanded their activities with a side project called Kalush Orchestra. As part of it, the artists introduced various folk elements and authentic Ukrainian motifs to their works, and the main lineup of Klosh was joined by talented musicians: Timofia Mozychuk, Vitalia Duzyk and Dzoni Devni singing in the choir (his real name is Andri Handziuk), who, unfortunately, will not perform at Eurovision, Oleksandr Slobodianyk (better known as Sasha Tabb) traveled to Turin instead.

The field blooms and turns gray

Sing me a lullaby, Mama

I still want to hear your mother word

The group’s proposal Eurovision is a tribute to Oleh’s beloved mother. It is noteworthy that the character of the title of the song “Stefania” first heard this song during the “Fedbear” concert, which in Ukraine played the role of national qualification for Eurovision. You can see her reaction in the video below.

It should be noted that the Kalush Orchestra took only second place in the competition. winner, Alina BashHowever, she eventually withdrew from participating because she had broken the Ukrainian preliminary selection rules. As a result, the right to represent Ukraine at the 66th Eurovision Song Contest was awarded to the winners of the second place in the song “Stefania”.

Do you think there will be no match for them in Turin, but have the bookmakers got it wrong this time?

Kalush will appear in Poland later this summer. Given the great interest, the group will give four concerts in our country:

Tickets for the Kalush concerts for PLN 79 can be purchased, among other things, on the Eventim.pl website.

–
At Glamor.pl we inform you about trends, lifestyle and entertainment every day. However, at this difficult time, some editorial offices are working on content focused on the situation in Ukraine. Here you’ll find how to help, check out where the fundraiser is and read what to do to keep your mental balance in these challenging circumstances.