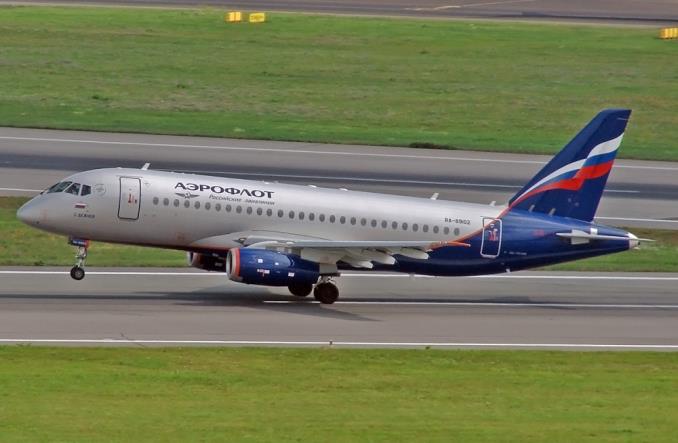 “Lufthansa will not use Russian airspace for the next seven days due to the current situation. During this period, flights to Russia will be suspended. We continue to closely monitor the situation and maintain close cooperation with the authorities” – the German national carrier appeared on Saturday on Twitter in the evening.

Lufthansa will not use Russian airspace for the next seven days due to the current and emerging regulatory situation. Flights to Russia will be suspended during this period. We continue to monitor the situation closely and are in close exchange with the authorities.

The previous decision by the decision makers from Brussels meant a heavy blow to the Aeroflot group. The national carrier of Russia and its subsidiaries will practically not be able to operate on the Old Continent.

First, Great Britain closed the airspace of Russian airlines, and then, respectively PolandThe Czech Republic and Bulgaria. LOT Polish Airlines suspended flights to Moscow and Saint Petersburg. They did the same thing before Airlines of the IAG group (International Airlines Group), a subsidiary of British Airways, Iberia Spanish Airlines, Lingus Irish Airlines, as well as low-cost Vueling and Level. Later, Estonia, Lithuania and Latvia joined the countries that closed their airspace to Russian airlines, and on Saturday evening also Romania and Slovenia. Air Baltic Airlines In turn, it decided to cancel all flights to destinations in the largest country in the world by March 26.

Rosawija later announced the closure of the airspace to British tankers, Polish, Czech, BulgarianIt is expected revenge from Moscow. This makes it difficult to organize transit flights to destinations in Far East Asia, especially Japan and South Korea.

In firm words, Estonian Prime Minister Kaja Kallas said: “Estonia has denied Russian airlines access to our airspace. We encourage all EU countries to do the same. There is no place for aggressor state aircraft in a democratic sky.”

# Estonia Russian airlines are prohibited from our airspace. We call on all EU countries to do the same. There is no place for anti-state aircraft in a democratic atmosphere. #Stand with Ukraine

“The safety of our passengers and employees is a top priority for airBaltic. We assess the current situation before each flight, and are in close contact with national and international authorities. We are flexible, so if necessary, we will adjust our flight schedule” – the Latvian carrier said in the statement. which also has its bases in Lithuania and Estonia.

Earlier, we also reported this in response to Russia’s aggression against Ukraine, European Union leaders have instituted a package of economic sanctions against Russia, part of which, among other things, ban the sale of aircraft and their spare parts to entities of this country. The sanctions package was already agreed upon on Thursday evening. We wrote more about it in this text.