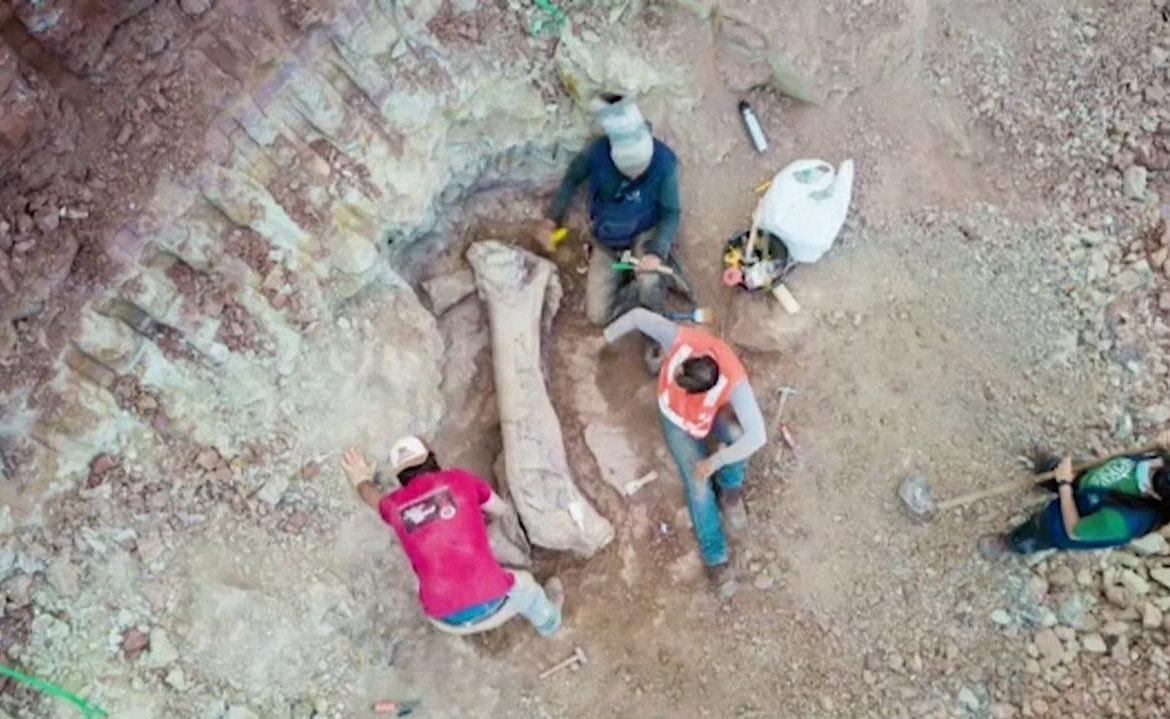 Brazilian paleontologists have discovered a “dinosaur cemetery” in Davinopolis in the northeastern regions of the country. For weeks, they have been collecting skeletal parts that could give more information about the life of this formidable reptile. They say, thanks to this research, they can discover new, unknown species of animals that lived on our planet millions of years ago.

The search began in June after a decision was made to build a railway near Davinópolis in the state of Maranhão. In order to start the business, it was necessary to survey the area. It turns out that there are a lot of dinosaur remains there, which is why scientists called the area “Dinosaur Cemetery”.

– Previously, there were no records of this place. The first point was to survey the site, and we are now analyzing the collected material to learn more about the diversity of dinosaurs that lived during the Cretaceous period in what we now call Brazil, said Elvir Myers, one of the field paleontologists.

As his team mentioned, the remains may belong to the group’s dinosaurs titanosauria – One of the largest dinosaurs that walked the earth.

The femur is the largest remnant we’ve found. We gradually extracted it. At first a small piece appeared. We continued and found it to last. We were very surprised. We didn’t know what to expect given the size of the bones. It was a great experience. To this day, I can’t believe I was really there – he said.

They are looking for new information

Myers said the latest findings could provide key information about the life of the dinosaurs that once roamed Brazil.

We already have information on other studied dinosaur groups. But with the discovery of each new animal, a new door opens.

Don't Miss it Tokyo 2020. Rowing: the fourth Pole without a leader is in sixth place
Up Next Polish soldiers have already built more than 180 km of temporary fence on the border – Polskie Radio Lublin