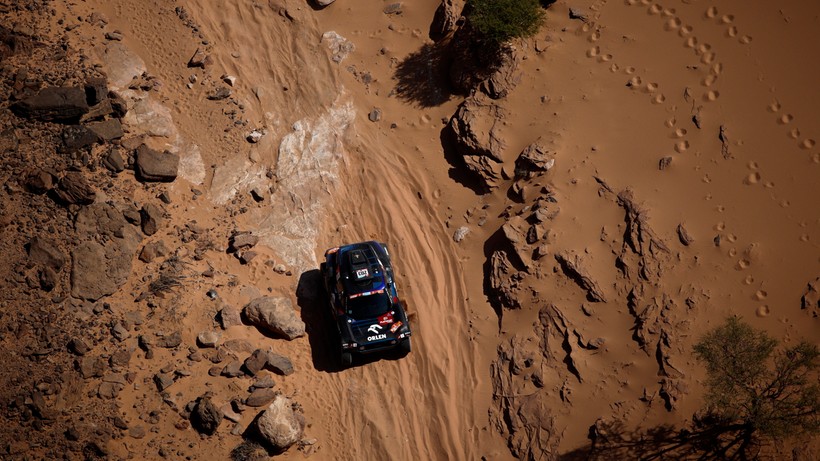 When the 2020 Dakar Rally traversed the wilderness of Saudi Arabia for the first time, the prospect of local women participating in it seemed very remote. It’s hard to imagine, because until 2018 the ultra-conservative kingdom was the only country in the world where women couldn’t drive.

Changes occurred immediately. Thanks to the actions of local activists, who sometimes paid her in prison, the authorities allowed women to drive. In 2020, during the first edition of the Dakar Rally in the Arabian Peninsula, there were not many of them. After two years, this is normal.

In the coastal city of Jeddah, where the Dakar Rally kicked off and will end, the sight of women behind the wheel quickly came as no surprise. In the capital, Riyadh, driving convoys for women are scattered roaming the women’s university area. But for now, it’s still a start, so we’ll have to wait a bit for one of the competitors to emerge in the Dakar Rally.

The authorities decided to speed it up a bit. For this purpose, they used the skills of Saudi women who pursue their passion for cars abroad. Mashael Al-Obaidan and Dania Akil are not new to motorsports. Both successfully competed in the FIA ​​World Cup in the Baja Rally.

Although they had to find sponsors themselves, this was not difficult with the official support of Prince Khalid bin Sultan Al-Faisal Al Saud at the head of the Saudi Automobile Federation.

They’re competing in the lightweight prototype category and are doing well so far. Of the remaining 39 teams, they are in the second ten. In the Dakar camps, they live and dress like the rest of the rally participants. Their pilots are men from outside the family – Italians and Uruguayans – which, in fact, was only possible in Dakar in Saudi Arabia.

Participating in this famous rally in Saudi Arabia is a dream come true. But not only. It paves the way for women to understand that this is possible and to join us. I have so many signs that what I do is inspiring them. I quickly realized that through my accomplishments I was opening doors and breaking down barriers, Al-Obaidan said.

– As for Dakar, it all started when the Saudi Federation called me. They said: We have the Dakar Rally, we want to encourage women to participate. Do you want to come to training for two days? Akil remembers.

She developed a passion for cars already in her childhood, when she was driving a car with her brother in a privately owned building. Returning from college to her hometown of Jeddah, she was the first woman in the city to obtain a driver’s license. She didn’t have to, she already had aliens, but she wanted to set an example for other women.

Akil stresses that the world of motorsports is dominated by men and you need a lot of strength and courage to appear in it. A woman must have a really strong will to realize her ambitions. I would like to see more of us practicing this sport in the Kingdom. She added that there is an opportunity for this because Saudi women are now living in an era of women’s empowerment.

See also  Euro 2020: More fans at the matches? There is a government decision

The status of women in Saudi Arabia has indeed changed in recent years. There are more examples of this than the ability to drive a car. Women can travel without a permit and apply for a job on their own. Two years ago, restaurants that previously had separate rooms and entrances for men and women were de-segregated.

Perhaps the most conservative part of Saudi society is reluctant to change. But Riyadh taxi driver Faisal, for example, praises equality at the wheel, albeit for a different reason than Al-Obaidan and Akil. They are also not afraid of competition. – That’s right, women will be allowed to drive taxis, but only for women. Plus, I think letting women drive was a wise decision. Families no longer have to take them everywhere – to the store, to the doctor, and with the children. Fazl says this is very good.

Don't Miss it New Humble Choice Deal – All Games for $12
Up Next Warsaw. Open invitation for the third edition of the “Extending the Field” program