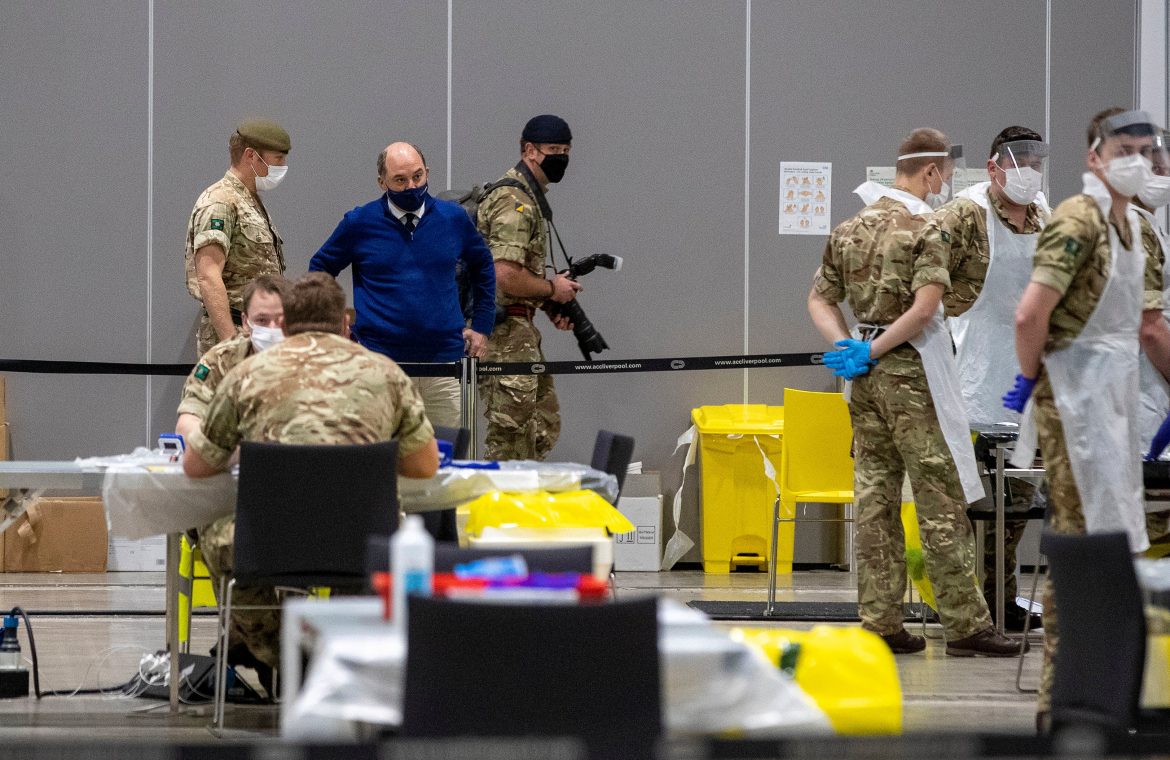 Boris Johnson will pledge that all areas subject to Level 3 restrictions when the national lockdown ends in England next month will receive military support to provide rapid testing of the Covid virus to the community.

The announcement comes after a trial in Liverpool, where infections spiked ahead of nationwide restrictions earlier this month. Local leaders suggested that the program helped identify hundreds of asymptomatic cases.

Using rapid lateral flow tests – which produce results in 30 minutes – the city’s testing system has seen more than 200,000 people tested and contributed to a “significant drop” in coronavirus cases, No 10 said.

In a speech to lawmakers on Monday, the prime minister will specify a return to a tougher version of the gradual regional approach to controlling the virus when national restrictions are lifted in less than two weeks.

He will say that local authority leaders who are rated Level 3 – the most severe level of action – will be able to use testing, tracking, and armed forces to help conduct widespread community testing.

An additional £ 7 billion will also be made available for testing and tracking services – raising total spending this year from 12 billion to 22 billion.

The government added that repeated testing will also be tried in Liverpool, so people who test positive for the virus will not have to self-isolate for 14 days, provided they do not discover their infection themselves.

Downing Street suggested that contacts will be given the opportunity to be tested every day for a week and will not need to be quarantined unless they are positive for Covid-19 virus. The trial, which will begin in Liverpool on Monday, will be extended across the NHS and nursing homes in December if successful before rolling out nationwide in the new year.

All personnel working in food manufacturing, prisons and the vaccination program will also be offered additional testing every week starting next month.

Speaking on Monday, the prime minister will say: “The preference for people to follow the rules makes a difference. The virus does not spread as quickly as it does if we don’t wash our hands, keep a social distance, wear masks and so on.

“In England, where national measures came into effect at the beginning of this month, the increase in new cases is fading.”

“But we are not out of the woods yet,” he adds. The virus is still present in communities across the country, and is still much more contagious and far more deadly than seasonal flu.

“But as the expansion of testing and vaccines nears spreading, a regional stepwise system will help restore control of the virus and keep it there.”

It is not yet known which areas are for Level 3, as ministers prepare to specify this on Thursday.

But Downing Street said more areas were expected to enter higher levels in order to preserve the gains against Covid-19 made during the lockdown.