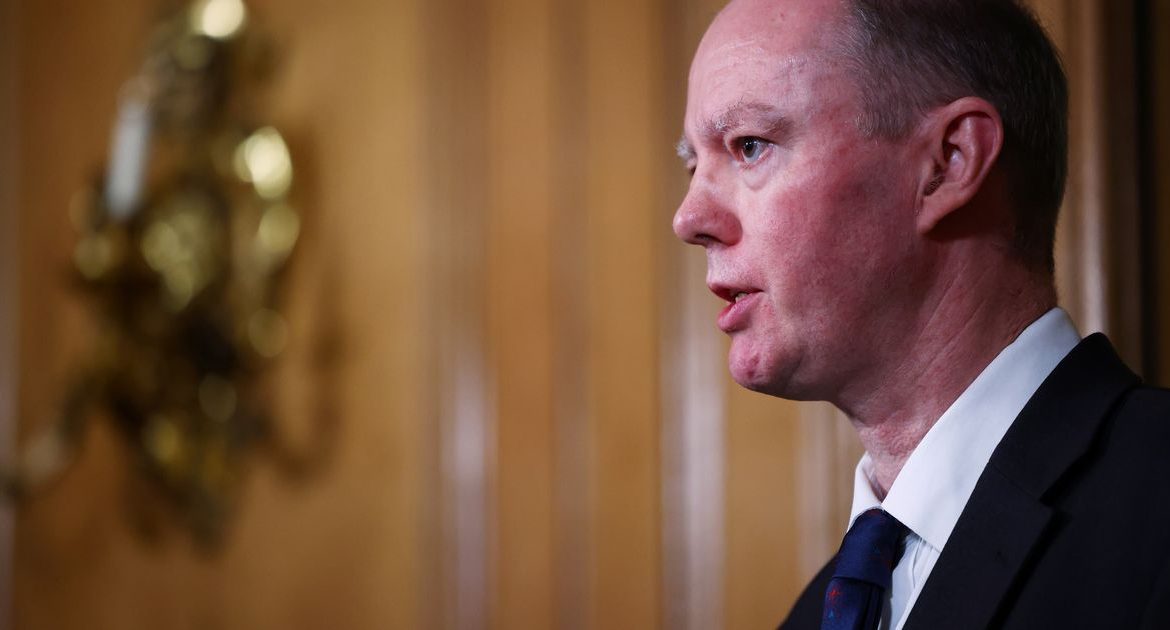 England’s chief medical officer said recent Level 2 restrictions that will be implemented across large parts of England after the national lockdown ends “will remain on the line” but will not result in cases being dropped.

Professor Chris Whitty also admitted that the Level 1 restrictions, the mildest of measures that would be applied in only three regions – the Isle of Wight, Cornwall and the Isles of Scilly – could lead to an increase in infections.

At a news conference in Downing Street on Thursday, he said: “Level 1, which is very similar to the previous Level 1, slowed things down but didn’t stop the rally anywhere.

“ So the reason why Level 1 at this time of year, with the current measures that we currently have before we have any vaccinations, is relatively limited, and almost any place that goes to Level 1 will go up and the only places where there are places that have rates Too low at the moment. “

He added that he hopes that “in the next few months, and possibly in the coming weeks, we will be in a position where more places can go to level 1”.

“But we shouldn’t do that until we can be confident because the Level 1 experience was earlier, and it hasn’t really changed, if you’re in Level 1 the rate starts going up.”

Vast areas of the Midlands, Northeast and Northwest are in the more restricted Level 3, but the majority of people – including London – will be Level 2.

Mark Harper, the former Conservative whip chief, has expressed doubts about the prime minister’s claim that “your class is not your destiny.”

Mr Harper, whose Forest of Dean department is at Level 2, tweeted: “Unfortunately, right after the PM said this, Chief Medical Officer Chris Whitty said Level 2 would only include the infection level, and Level 1 would see a rise.

“This indicates that if you are at Level 2, this is your destiny – at least until spring.”

He referred to comments made by Professor Witte in the briefing, in which he said: “Level 2 looks as if it is strong enough to hold the line up, so stop things from rising, but not reliably to destroy things.

“Level 3 which we think is based on past experiences is strong enough to pull things from higher up.”

The Prime Minister said the government has reverted to the tiers approach as it has been shown to have had an effect when used the last time.

“The tiered approach was paying off, it was slowing down the virus and that is why a scaled and reasonable approach is the right way to go now,” he said at the press conference.

However, chief scientific advisor Sir Patrick Vallance said that the previous level system had not worked in lowering the infection rate sufficiently.

“The message is that the seams worked in terms of slowing down but didn’t work in terms of flattening and reversing,” he said at the press conference.

“It seems that the national lockdown has settled it and is sending it down, and it is important to reduce it because the numbers are still high.”

Sir Patrick said one out of every 85 people in the country is currently infected with the Coronavirus, numbers he said were “very high”.