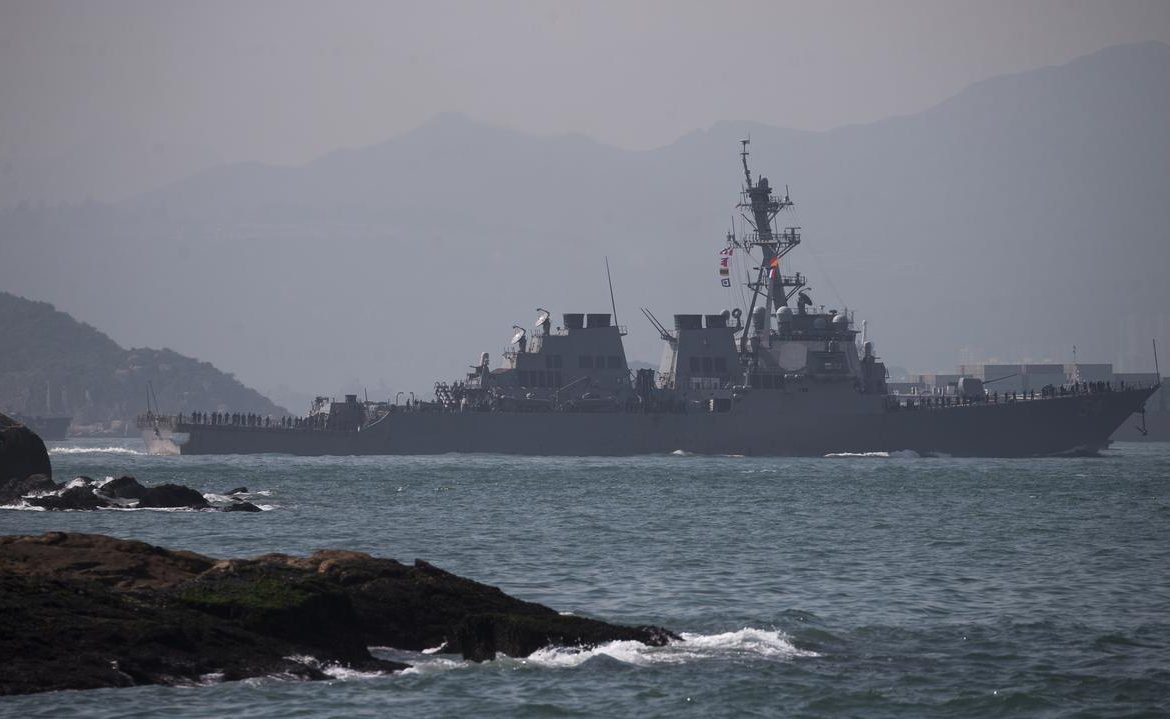 The Chinese military said Thursday that a US Navy destroyer had illegally entered the territorial waters of the People’s Republic of China in the South China Sea. The US Navy denied this information and said that the destroyer, “Curtis Wilbur”, which mentioned the Chinese forces, “has not been expelled from the territory of any country.”

This is the latest episode in the dispute between the United States and China over Beijing’s claims in the South China Sea. The Chinese military said the destroyer USS Curtis Wilbur entered the waters of the People’s Republic of China without permission, but was “expelled” by Chinese forces.

The press release expressed opposition to the actions of the US ship, which, according to the Chinese military, violated China’s sovereignty and undermined peace and stability in the region.

According to the US 7th Fleet, the destroyer legitimately exercised its freedom of navigation in international waters near the Paracel Islands. Complaints submitted to these islands are reported not only by the Communist People’s Republic of China, but also by Vietnam and Taiwan, which considers itself an independent country.

In response to a Chinese military announcement, the US Navy stated that the statements of the People’s Republic of China forces were “false” and that the aircraft carrier “Curtis Wilber” “was not expelled from any country.”

A hotspot in East Asia

The South China Sea is rich in natural resources and is important for international trade. For several years, it was also one of the hotspots in East Asia.

China recognizes almost all of the water as its territory, and controlling it is now one of Beijing’s main foreign policy goals. The Chinese claims clash with those of Brunei, Malaysia, the Philippines, Vietnam and Taiwan over specific areas of the sea and exacerbate tensions between Washington and Beijing.

The destroyer USS Curtis Wilbur sailed across the Taiwan Strait on Tuesday, prompting strong protests from the Chinese military. The Army of the People’s Republic of China accused the United States of “sending false signals to the Taiwan independence forces” and “intentionally disturbing the situation in the region.” The U.S. 7th Fleet described the sea voyage as a routine.

Don't Miss it Kevin Feige regrets choosing Tilda Swinton as the old
Up Next Cyberpunk 2077’s creator explains why NPCs are “stupid” • Eurogamer.pl