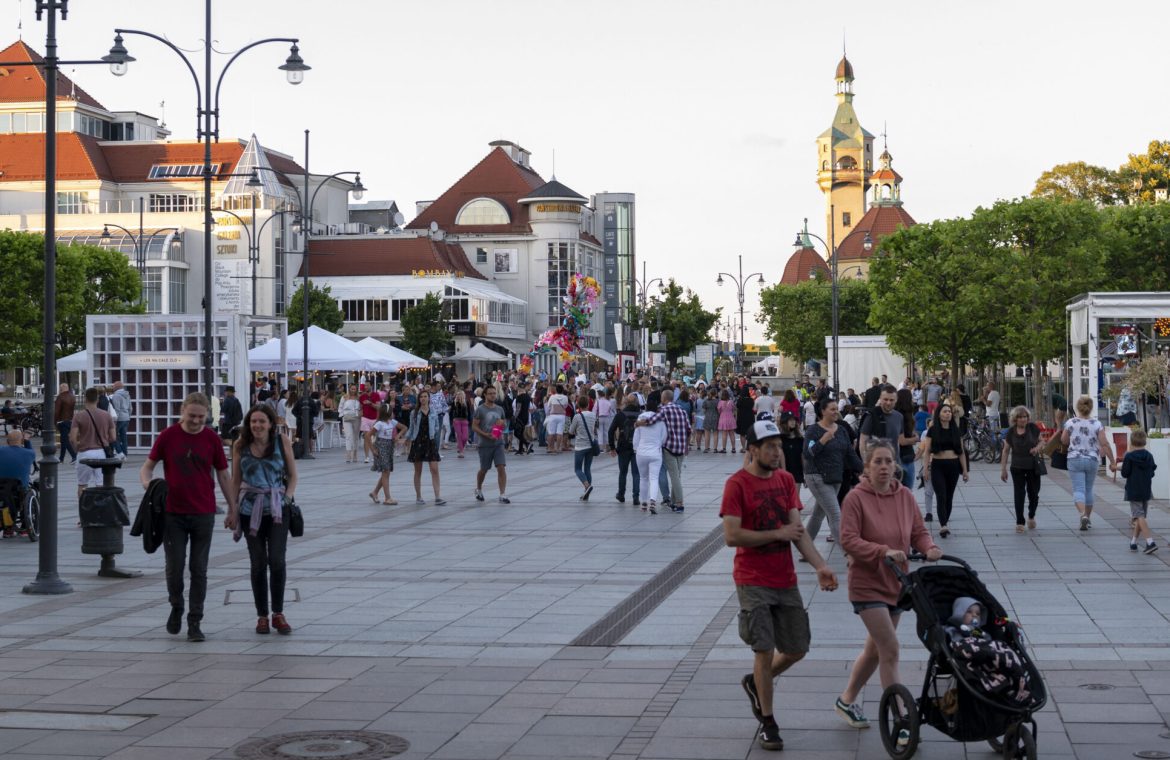 In the civil budget for nearly five years, the residents of Sopot decided to change the appearance of Plac Przyjació Sopotu. Finally, there is an opportunity to implement the idea – on Friday, July 15, a tender was announced for the selection of a contractor.

The city explains that the delay is the result of lengthy public consultations in order to listen to the voice of the residents and make the final appearance of the square a compromise between the various parties and interests: residents, guests, patients and businessmen. .

– Plac Przyjaciół Sopotu is waiting for changes. The developed solution is the result of a series of public consultations. As of 2020, Sopot residents have been able to see the project twice. The vision of the development adopted will change the square, significantly increasing the share of green space: new trees will appear, climbing green spaces, many combinations of herbs and tall shrubs, as well as lawns. A multifunctional space will appear in front of Dom Zdrojowy, providing the possibility to promote cultural events and organize outdoor exhibitions, told Marcin Skwierawski, Sopot’s Vice President.

The modernization of Przyjació Sopotu Square aims to increase the appeal of the resort’s most visited public spaces. The renovation aims to increase the green space, which in turn will have a direct impact on meeting the requirements of acceptable air pollution standards or noise levels in the spa. The scope of the contract includes the development of the public space through:

Green arrangements in the form of planting trees, shrubs, perennials, herbs and bulbs as well as vines, creating rain gardens and making corrections for hardening in the form of removing and supplementing the surface of the stone. This also includes maintenance during the warranty period;

installation of small architectural objects such as pergolas, benches, bicycle booths, litter boxes, masts, ropes for climbing plants or steel nets that allow for the organization of outdoor exhibitions;

Reconstruction of lighting with the creation of additional lighting elements

Making tempering corrections in the form of removing and completing the surface of the stone.

Sopot consultant, Wojciech Vuchik, notes that a similar investment would never be necessary if in 2011, when the square was completely renovated, the residents’ voice could be heard correctly.

When decisions were made about renovation in 2011, I formally asked the city council about the reasons for the removal of green spaces and the compensation the city was planning. Then I heard the strange reply from the deputy chief of Sopot that there would be mobile lawns in the field and that we should not worry about them. As we well know, in the end, no mobile lawns appeared, whatever that may mean. After several years of residents grumbling and mourning about the disappearance of greenery and beautiful flowerbeds from the square, the city finally decided it was a good time to put their opinions out. A little later – Vucic noticed.

The terms of the tender state that the investment will be completed by June 15, 2023 (provided that the contractor cannot carry out fieldwork from December 3, 2022 to February 4, 2023 and will have to complete it by June 1, 2023).

See also  At the Technical School of Agribusiness, thanks to a discovered passion for science, students systematically achieve the highest awards in the country! Lowicz
Don't Miss it After the collision, the damage to the Webb telescope was greater than expected
Up Next Will a new alliance be created in Europe, created by Great Britain, Poland, Ukraine and the Baltic states? – News from Poland and the world – Stefczyk.info