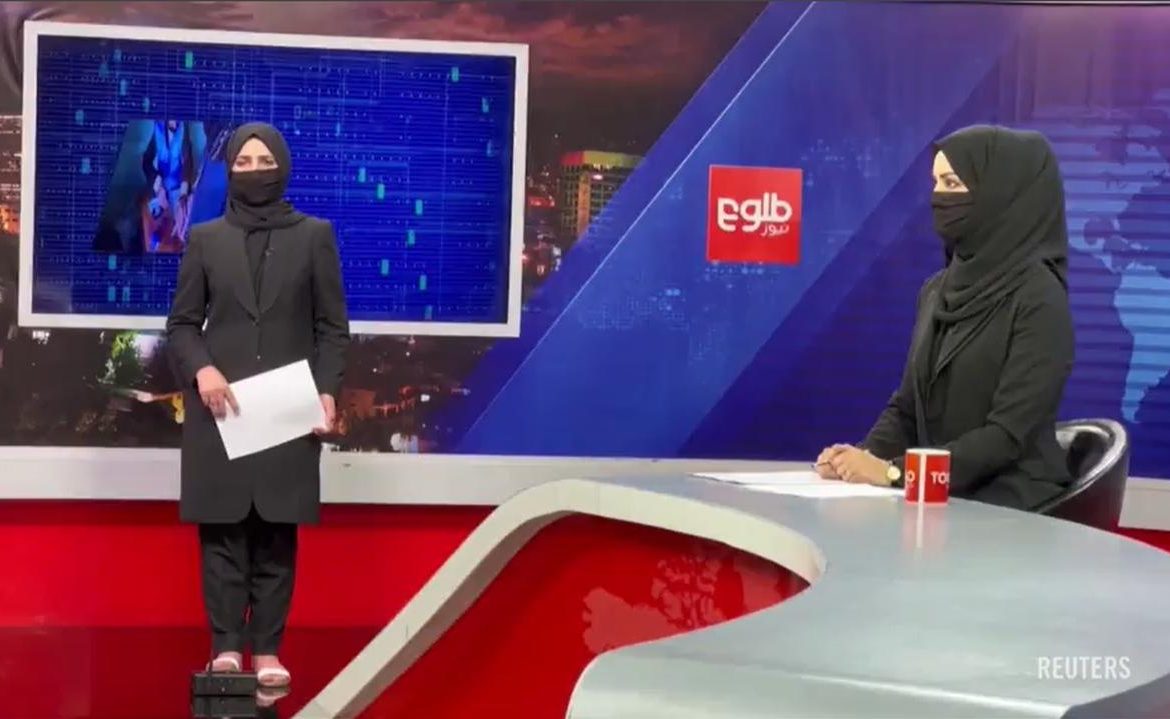 In Afghanistan, the order requiring journalists and TV presenters to cover their faces came into effect. On Sunday, only their eyes were seen on Afghan television. This is another step limiting women’s rights in a country that the Taliban have re-ruled since August last year. “They want to expunge women from social and political life,” said Farida Sayal, presenter of TOLOnews.

In early May, authorities in Kabul issued a decree requiring women to cover their bodies from head to toe. Starting Saturday, the order was extended to journalists and TV presenters.

– We met yesterday with representatives of the media. Akef Mahjar, a spokesman for the Ministry of Virtue and Victim Prevention, told Reuters on Thursday that they enthusiastically welcomed our advice. He stressed that this step would be positively accepted. It was announced that the requirement would enter into force on May 21. The spokesman did not explain what the consequences of not complying with the order would be.

Mohajer added that journalists may wear medical masks that are widely used during the COVID-19 pandemic.

Another dark day for Afghan women

According to the BBC, on Sunday Afghan broadcasters and reporters appeared on television wearing headscarves with their faces covered, although the day before they had presented without a headscarf. A television presenter told a British television station that the women resisted at first, but that their employers came under pressure.

– It is good that we are Muslims, we wear a headscarf, we cover our hair, but it is very difficult for broadcasters to speak for two or three hours with a veiled face – Afghan TOLOnews presenter Farida Sayal told the BBC. The journalist said she wanted the international community to pressure the Taliban and force them to rescind the decree. “They want to remove women from social and political life,” she said.

“This is another dark day for women in my country,” another Afghan journalist told the BBC, who asked not to be named.

As the BBC points out, many presenters fear that the next step will be to remove them completely from the antenna.

Covering the body from head to toe

In a decree issued two weeks ago, Afghan women were ordered to wear head-to-toe clothing in public. All women have to adapt to this, except for young girls and old women. – We want our women to live in dignity and safety – the creation of the order, Khaled Hanafi, acting minister of virtue and the prevention of vice, explained.

The decree also stipulates that women must stay at home and not work outside it. Hanafi added: “The principles of Islam are more important to us than anything else.”

The new law reminds us of the restrictions that were in place during the first Taliban rule in 1996-2001. Earlier, the Taliban, despite their promises, decided not to allow girls to go to school after the sixth grade.

Such decisions by the Afghan authorities deteriorate already poor relations with the international community and may undermine the Taliban’s efforts to win over international donors in the face of the escalating humanitarian crisis.

See also  Kim Jong-un watched the soldiers' demonstration. They smashed bricks with their heads [WIDEO]
Don't Miss it The diplomatic chiefs of the United States and France discussed assistance to Finland and Sweden in connection with their accession to NATO
Up Next slag. The fiber player feels betrayed. “Regulations limit us even more.”