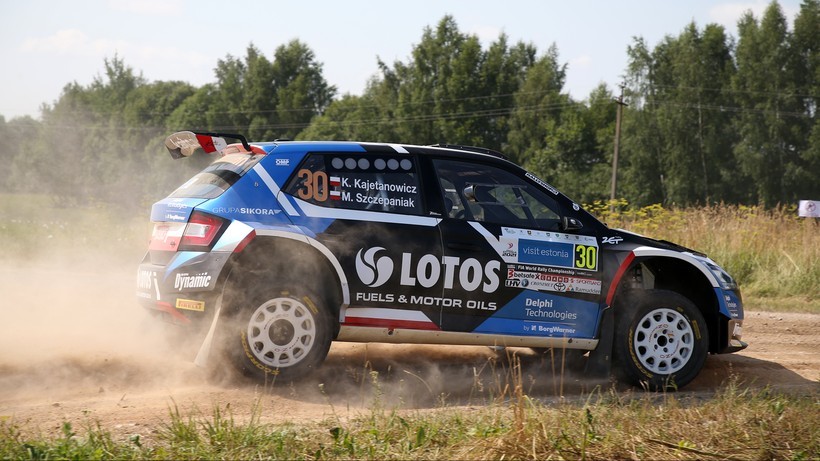 There are three special stages left on Sunday until the end of the competition, including the longest in the rally, Pyrgos, over 33 kilometres.

Behind the crew is the longest stage of the Acropolis Rally. Today’s competition was played in good weather conditions, although there were a lot of places with wet surfaces, which sometimes turned into mud. The crews of the WRC 3 class are competing with each other, which is evidenced by the speed – they have beaten the WRC 2 factory a few times. Kajetanowicz and Szczepaniak finished the day’s competition in great style, winning the final test of the day by huge numbers.

Another day of fierce fighting at the Acropolis Rally is behind us. In fact, not all of the specials were so lucky for us today. One could say that one in particular is our Achilles’ heel, because we’ve lost a bit in it and maybe also a chance to become a captain after today’s stage. However, we showed our best in the rest, even by beating the factory teams. So I’m glad it’s very important for us to move forward at a fast pace. Sunday, though only three stages, is, contrary to appearances, very long and any loss to the leader, or advantage over the next position, may be offset. There is still a lot that can happen, and we must be fully focused – says Team LOTOS Rally driver Kajetan Kajetanowicz.

The final match of the rally will be held on Sunday. The first stage of the day will be Tarzan with a length of 23.37 km. After that, drivers will cover the longest stretch of the rally, Pyrgos (33.20 km). In addition, the Power Stag will be 12.68 km OS Tarzan. In total, the Acropolis Rally is more than 292 kilometers long, and ends on Sunday, around 1 pm Poland time.

Don't Miss it Redfall – The first screenshots of the game have been leaked. Check out the weapons, environment and interface
Up Next With the message of peace on earth they filled the space with music. First International Festival of Prof. Marek Jasinski went down in history