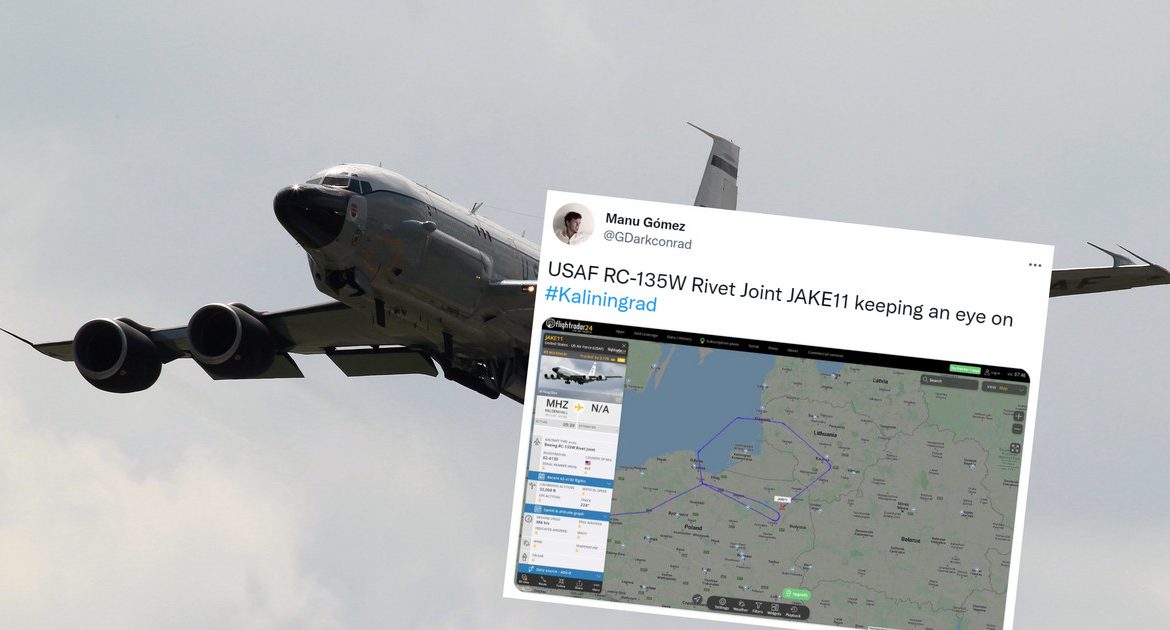 The photo from www.flightradar24.com, posted by a Twitter user, shows the path of the American Boeing RC-135 reconnaissance aircraft used by NATO. The photo clearly shows that the plane made a full circle over Kaliningrad Oblast, and also flew over Poland and Lithuania.

On Saturday, the Russians conducted exercises over the Baltic Sea with SU-27 fighters. It was intended to repel a mock attack on the Kaliningrad Oblast. The exercises took place two days after Finland announced its plans to apply for NATO membership. So it is possible that NATO sent a Boeing RC-135 to monitor the actions of the Russians.

See also: This plane is called Elk. It can lift 78 tons of cargo

The Boeing RC-135 was designed for photographic and electronic reconnaissance and flew over Poland in March. The ship’s crew consists of 27 members, including radio electronic warfare operators, onboard pilots and technicians, and 14 intelligence analysts who interpret the data collected in real time. Tracking the exchange of data is the main task of the crew, which recognizes the degree of electronic activity of the enemy. The plane has more than 4.3 thousand. How much.

See also: “There are no gaps.” Russians report flights from Kaliningrad

In early May, a Russian aircraft entered the airspace of two NATO countries and Sweden. The Russian machine was flying near the German island of Rügen, forcing the Berlin command to pick up two Eurofighters that had escorted the Russian An-30 to leave the airspace of the Baltic Sea.

Earlier, the An-30 flew into Danish airspace. The Russian plane was also supposed to penetrate Swedish airspace east of the Danish island of Bornholm. Previously, there were similar provocations by the Russians.

See also  Vaccination of students from the age of 12 - Media materials - Ministry of Education and Science
Don't Miss it The English footballer admitted that he is gay. “I’ve been living in a lie for so long”
Up Next A Polish version of the hit French series is being created! We’ll see “Kili” later this year!