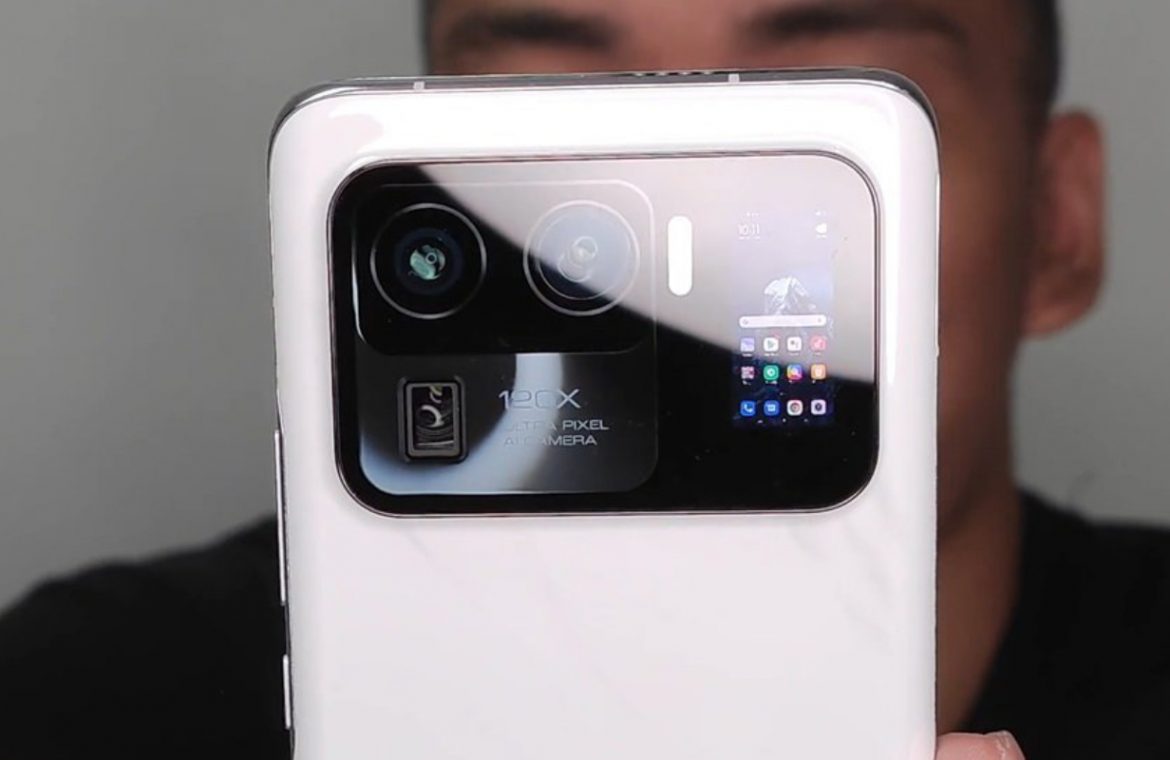 We are right after the global premiere of Xiaomi Mi 11, but a massive material leak shows Xiaomi Mi 11 Ultra has just arrived on the net. This is the top variant of the Mi 11 line that mainly features a camera.

althoug Xiaomi Mi 11 Ultra It has not been officially announced, we know almost everything about it Pre-premiere material, which YouTube mistakenly posted from the Philippines before the premiere. The video appeared on Tech Buff PH and disappeared very quickly, but nothing was permanently lost on the Internet.

The Youtuber made a mistake at school, and at the same time most likely violated his previously signed blocking rules. Producers do not like such situations very much, and an inattentive author probably will not survive the financial consequences.

Previously, we had leaks about the upcoming Xiaomi Mi 11 Pro, but the smartphone shown on YouTube is called Xiaomi Mi 11 Ultra. The Ultra appears to be the top model of the series, but it is possible that the Pro model will also debut on the bottom shelf. We will likely learn about this in the coming weeks. We also expect a cheaper version of the Xiaomi Mi 11 Lite.

Xiaomi Mi 11 Puts Ultra on camera. The island is huge and has an extra screen.

Xiaomi Mi 11 Ultra features a huge island of cameras. Its shape reminds me of a well-known island of Poco M3, But in the latest Xiaomi version, the entire unit has been greatly extended over the back of the smartphone.

There are three lenses on the island, including one a magnifying glass, next to which you will find a note 120X Ultra Pixel AI Camera. As you can see, Xiaomi is focusing on the strong digital zoom, although remembering that the magic of numbers in practice has never achieved good results. The best smartphones for photos, incl Galaxy S21 Ultra recently tested by me, It gives good results up to 20x or 30x max. The 100x zoom is pretty weak and I would expect Xiaomi Mi 11 Ultra to be no exception in this regard.

Interestingly, YouTube featured two mockups, one in white and one in black. The latter has a different note on the camera island. We will find the following information there: 12-120mm, 1: 1.95-4.1. This gives an idea of ​​the lenses that the Xiaomi Mi 11 Ultra will have. The wide angle will be equivalent to 12mm (equivalent to a viewing angle of about 122 °), and the focal length of a telephoto lens will be 120mm. In a smartphone, this will translate into an optical image zoom of approximately 5x. For comparison, the Samsung Galaxy S21 Ultra has a 10x telephoto lens (equivalent to a focal length of 240mm).

The screen on the camera island is a lot of fun. Thanks to it, it will be possible to take a selfie with the main camera, which will translate into a much higher image quality and a more accurate picture setting. However, the screen never runs out of the traditional selfie camera.

The specifications of Xiaomi Mi 11 Ultra are not yet fully known.

According to the leaks, the smartphone will be equipped with a 6.8-inch OLED screen with curved edges. The panel should have 1440p + resolution and 120Hz adaptive refresh. The screen will be covered with Gorilla Glass Victus, and the entire body will be IP68 compliant.

The smartphone will be powered by the Qualcomm Snapdragon 888 processor, which is not surprising, since the same chip can be found in Xiaomi Mi 11. It is currently the latest and best processor that can be found in Android smartphones. The battery has a capacity of 5000 mAh and allows charging of 67 watts. On the cover we can see that the stereo speakers are tuned by Harman Kardon.

For now, that’s all the information we have. The most interesting is the additional screen camera, thanks to which selfies will be able to receive a completely new quality. The release date as well as availability and pricing are not yet known.

* Embedded Images: Snapshots from the feed Tech Buff PH Made by GizmoChina.

See also  PS5 fans are very concerned about Ubisoft's comments on backward compatibility with PS4 versions
Don't Miss it Facilities for companies from Great Britain to deal with the Tax Office – the Ministry of Finance – the National Tax Administration
Up Next Kim Jong Un expelled the official from the economy. “Plans have failed in nearly every sector” | News from the world