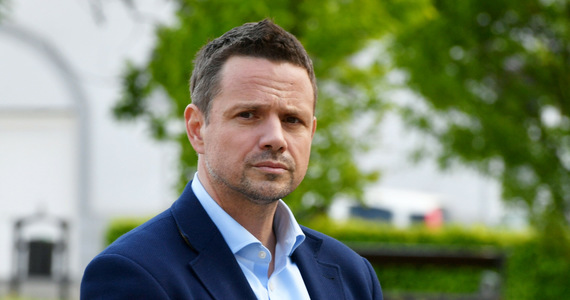 “In our report – which was prepared after the middle of President Rafai Trzaskowski’s term in office – we will focus on verifying the extent to which he delivers on his promises of city-wide mobility important for sustainable mobility – pedestrian, bicycle and public transport. With changes in urban space” – the authors of the report wrote .

From the city of cars to the city of people? We took our report on city activities to the city council, and the plan was to leave it in the office @trzaskowski_ in the president’s absence, @molszew77 showed the hospitality report: https://t.co/fRvLnucuxe pic.twitter.com/g2h0wJqE36
– Warsaw Smog Alert (Warszawski_AS)
October 11, 2021

The report is divided into sections related to pedestrians, bicycles, cars and public transportation. A separate chapter covers the urban space, i.e. streets, squares and local centres. In their assessment, the authors of the report used the following scale: red “smiley” is negative, yellow – neutral, and green – positive.

The largest number of red “faces” are found in the public transport segment. Promises regarding free public transportation for high school students, adjustment of the Seniors Ticket to match the new retirement age for women, expansion of the P+R car park network and construction of a connector for the Centrum metro station and the PKP Śródmieście railway station were all negatively evaluated.

Unfulfilled promises related to tram investments were also negatively evaluated. This includes a tram to Gocław, a line connecting Wilanów with Mokotów, Ochota and Wola, a tram line to Zielona Białołęka and a line along Modlińska Street, a tram line connecting the EU Roundabout with the Wilanowska metro station – the southern railway station. According to the authors of the report, the condition of the new line along Kasprzaka and the new lines in Odolany looks poor.

In green, the authors of the project evaluated the promises being made in connection with the purchase of new vehicles for buses and trams, as well as metro and SKM trains.

On the other hand, the promised investments related to the transportation of cars were evaluated in red. It’s about to close the downtown corridor – the section from the Waiterzna roundabout to the Sheva roundabout was due to open to traffic. However, the unfulfilled promise to abolish the parking subscription fee for the first car in the family for Warsaw residents – taxpayers in Warsaw were not evaluated. There are no ads at the moment, and the city is gradually expanding the paid parking area.

However, it is not that bad. There are also many green “faces” in the report. There are a lot of them especially in the pedestrian and bicycle traffic segment. The authors positively evaluated the implementation of promises, such as the construction of slow-moving streets in Śródmieście, the transformation of Jasna, Szpitalna, Zgoda, Bracka, Chmielna, Złota and Pięć Rogów Square. The authors are also happy to promise to build a pedestrian and bicycle bridge over the Vistula River.

A lot is also happening in the urban space. The book represented the constant shift from downtown streets to city streets. However, they negatively evaluate the activities related to the promised transfer of the next section of Wisłostrada, in Castle Square, to the tunnel, and the revitalization of Praga, which, according to the authors, was somehow “forgotten”. Promises related to the modernization of Trzech Krzyży Square, Grunwaldzki Square, Bankowy Square, Zawiszy Square and Teatralny Square were not fulfilled.

In the summary, the report’s authors wrote that “the trend publicly indicated by the president in urban mobility is positive, but actions taken to implement electoral promises are in many respects half-complete and inconsistent.”

“It is hoped that some of the acceleration – which has appeared in the past six months – will be translated into greater dynamics of activities in the second half of the term. While the program of the new Warsaw Center continues, it is also necessary to undertake more intensive measures for sustainable mobility in other regions” – they stressed.

The report’s authors gave their personal assessment, writing that “the development of urban mobility in Warsaw is slow, and the distance to other European capitals is increasing rather than narrowing.”

Al-Ahdath: Dispersal of the demonstration in the castle square. Opposition wants to ban associations linked to Robert Bekevich
polsat news

See also  Jupiter has mysterious auroras. Scientists have solved their riddle
Don't Miss it Danny Medvedev achieved a jubilee victory. His countryman withdrew dramatically
Up Next It’s not a GameBoy, it’s a car theft tool