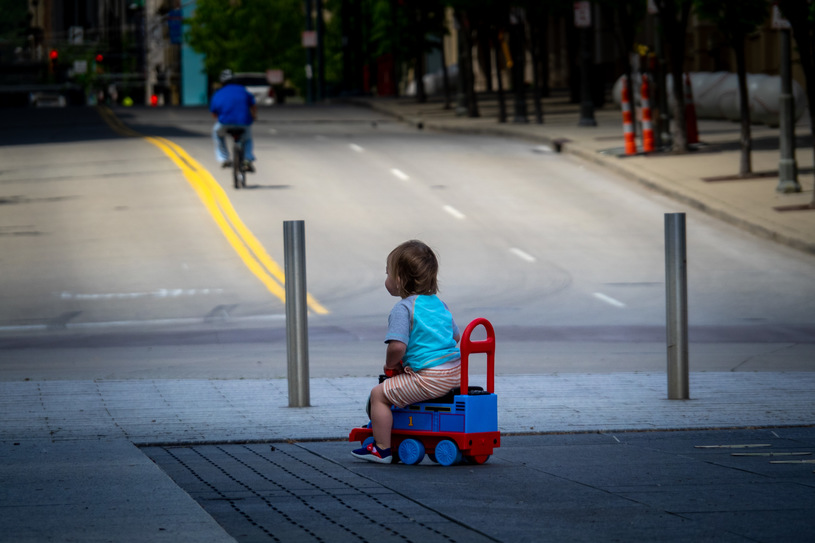 Girls from Honduras and Guatemala are found by US services. They were alone when they were stopped. The youngest is a baby girl, and the eldest is seven years old.

The children did not have any documents. Neither of them required medical attention.
/Jason Whitman / Noor Photo /Getty Images

The Customs and Border Protection (CBP) said Monday that it happened the day before at a border in South Texas. The children did not have any documents. Neither of them required medical attention.

A Customs and Border Protection agent spotted girls on Sunday near the town of Normandy, southwest of San Antonio.

– Austin L. Skyro, a patrol commander in the Del Rio sector, reported by US Public Radio (NPR), that finding such young children fighting for survival in an unknown place is heart breaking.

The Customs and Border Protection office reported that the detained children were first transferred to the Immigration Data Center. Later, they were taken care of by the Department of Health and Social Services.

Earlier on Friday, US Homeland Security Secretary Alejandro Mayuras said the number of unaccompanied migrant children detained at the border has now fallen sharply after the largest increase in 20 years. He added that 700 of them were in the border patrol facilities, and the record was set at the border with Mexico, nearly 6000, in March of this year.

According to Mayoras, who was in Texas on Friday, detention periods for children have decreased from an average of 139 hours to 24 hours, and the ministry attributes this to improving paperwork and removing barriers that prevent children from being placed with relatives and sponsors.

Mayuras argued: “The Biden Harris administration has inherited a disjointed system full of disorder and cruelty.” He added that he was “proud” of the tremendous progress that had been made in reforming the system.

Fox News reported: “They make more than 2,200 arrests a day. Some want to be arrested, and some don’t.”

Conflict escalated in the Gaza Strip. This is what the Israeli airstrike looked like
France Press agency