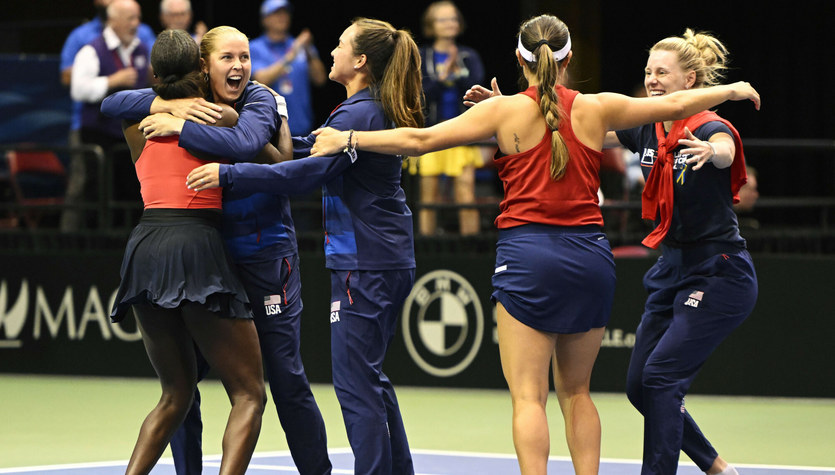 After Friday’s matches, the Americans took a 2-0 lead, but the two contenders led to a draw and the doubles were the deciding factor. Asia Muhammad and Jessica Pegula defeated Ludmyla Kiczenok and Dayana Jastremska 7:6 (7-5), 6:3.

The play-off matches on Friday and Saturday selected a total of seven participants for the final tournament, which is scheduled to be held from November 8 to 13 at an as-yet-unknown venue. Besides Poland, the United States and Canada, tennis players from the Czech Republic, Kazakhstan, Italy and Spain also won.

Teams from Switzerland, Australia, Belgium and Slovakia participated in the final. The latter will join thanks to the “Wild Card” awarded by the International Tennis Federation (ITF).

This will be the Polish women’s first appearance in the new format Billie Jean King Cup Final. Before the Fed Cup reorganization and name change, they were promoted to the first world group of eight teams, and in February 2015 they lost to Russia in Krakow.

In November last year, the Russians won the final tournament in Prague. However, they will not defend the title, since they were excluded from the competition due to the Russian military attack on Ukraine. Belarus, whose authorities support aggression, was excluded for the same reason.

See also  Wirtualna Polska - everything matters
Don't Miss it New sports category – science and sport for a medal – informatorbrzeski.pl – Brzesko, Bochnia, Dąbrowa Tarnowska, Tarnów. Information portal for the regions of Brzeg, Bochnia, Dąbrowski and Tarnów
Up Next Citizen Lab: Pegasus has been discovered in the British Prime Minister’s office. The paths lead to the United Arab Emirates