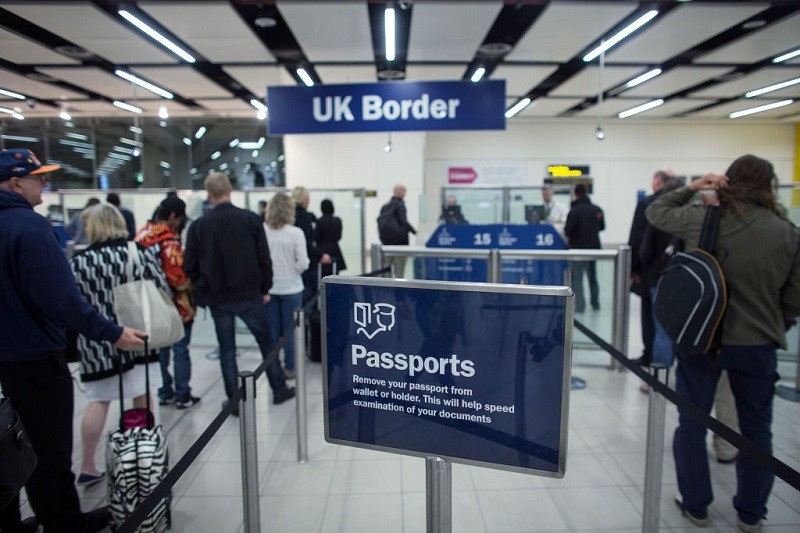 Tomorrow the head of the Home Office will announce “major changes” in immigration policy, which will “improve the way people reach the UK”, according to Sky News reports.

The changes include Digital Border Management which, according to the government, will “allow an accurate count of people in and out of the UK for the first time.” It was emphasized that the UK had previously not been able to accurately measure the number of people entering and leaving the country.

The reforms, to be implemented by the end of 2025, allow automatic security checks, including to prevent dangerous foreign criminals from entering the UK.

This means that people wishing to enter the UK without a visa or immigration status will have to apply for an Electronic Travel Authorization (ETA), similar to the US system. It is estimated that approximately 30 million such requests will be processed each year.

“We have regained control and stopped freedom of movement, and security is at the heart of our immigration strategy. Our all-new digital borders will allow people to be counted in and out of the country, giving us control over who comes to the UK,” she declares tomorrow, Priti Patel.

“Our new approach will facilitate the identification of potential threats before they reach the border. The British will make sure that the strongest controls are in place to ensure their safety,” declared the head of the British Home Office.

See also  Lacazette mood, injury hit, Smith Roe's plan - things we noticed from Arsenal's training
Don't Miss it China is building a copy of Titanic. It is meant to be a tourist attraction
Up Next This is what Red Dead Redemption 2 looks like in 8K on the RTX 3090