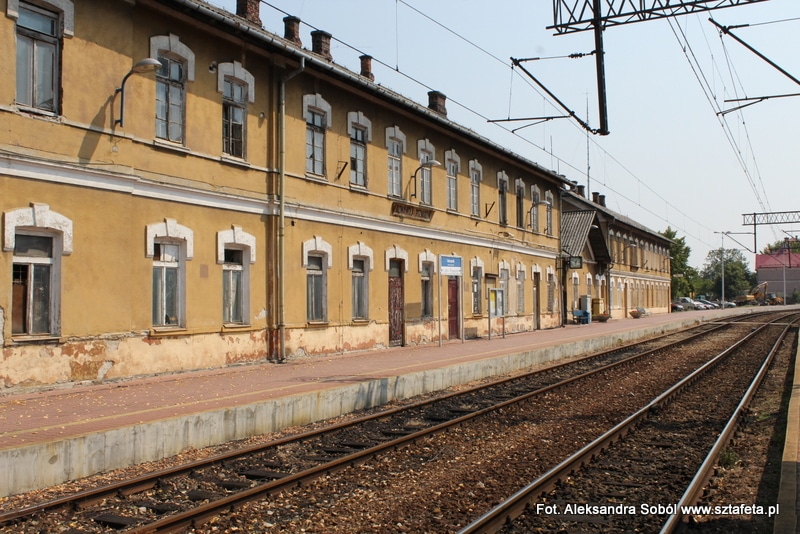 The design work related to the modernization of the historic railway station in Rozwadów is almost completed. A building permit for this investment will also be issued soon. After all formalities are completed, construction work will begin on the facility.

On March 29, 2021, a contract was signed between PKP SA and the selected federation in a bid to design and modernize the historic railway station at Stalowa Wola-Rozwadów. Design documents are being finalized. We expect to issue a building permit in the near future. Construction work will begin immediately upon receipt of the design documents. We plan to make the reconstructed terminal available to passengers in the second quarter of 2023 – reports Agnieszka Jurewicz of Media Collaboration, PKP SA

The railway station in Rozwadów will sparkle with a new glow

The modernization of the Stalowa Wola – Rozwadów station is a comprehensive reconstruction of the station building and its immediate surroundings under the 2016-2023 Railway Station Investments Program funded by the European Union from the Infrastructure and Environment Operating Program. The facade of the building will be renewed with its own architectural details. The wooden window and door works will be recreated based on the historical model. In addition, it is planned, among other things, to insulate the foundations, replace the roof structure and roof casings, as well as all fixtures and devices.

The passenger service space, that is, the lounge that is used as a waiting room, will be adapted to modern standards of passenger service. It will be equipped with new seats, baskets and showcases with timetables and electronic boards for train arrivals and departures. In the immediate vicinity of the hall there will be toilets, an office room for selling tickets, as well as places for rent, which are also planned on the floor of the building. The building will also be equipped with modern systems that will raise the level of security.

The areas around the railway station in Rozwadów . will also be updated

It is planned to install modern systems for monitoring, access control, burglary and fire alarm. Moreover, the station will be fully adapted to the needs of people with disabilities. Communication within the facility will be facilitated by eliminating existing differences in levels and laying down barrier-free roads. There will be, among other things, trails for the blind and visually impaired, and there will also be contrasting signs. Thanks to the investment, the changes will also be visible in front of the station building. The existing deck will be replaced. There will also be new elements of micro-architecture in the form of benches, baskets and bicycle kiosks.

Rozwadowski railway station was built in 1887. It is a two-storey building without a basement. The outer walls of the building are made of bricks, and the ceilings between the floors are of wood.

Don't Miss it A prophecy of a British visionary. What did Jemima Buckington see?
Up Next There may be a shortage of wine for Christmas in Britain