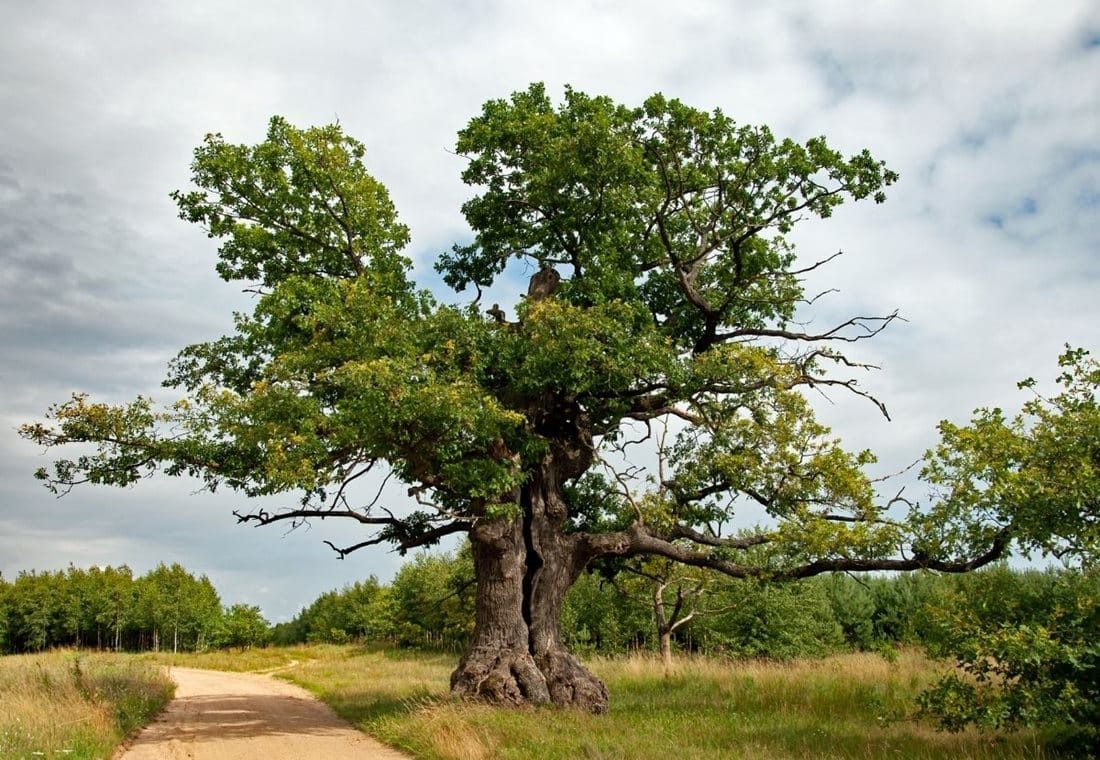 By the end of February, Europeans have chosen the most interesting trees of their continent in 2022. Sixteen previously victorious specimens in their countries participate in the online competition for the European Tree of the Year. Poland is represented this year by 400-year-old Dunin Oak, known as the Białowiea Forest ranger.

Poland has already risen to the podium in the European competition three times. Netizens decide which tree will win the vote here.

Dunin Oak, known as Guardian of the Biaowieża Primeval Forest, is located in Przybudki (Narew municipality of Podlaskie Voivodeship). Legend has it that it was left there to show where the Białowiea Forest was. Today, this 400-year-old natural monument is one of the most famous giants of the forest – a symbol of strength and power. For years, it has been delighted with its beauty, an inspiration to many artists and social activists, as well as an attraction for tourists from Poland and abroad.

The symbol of saving the forest from tangles and walls

In the Polish competition organized by Club Gaga, Dąb Dunin won nearly 7.5 thousand votes from netizens and took the honorable title of the Tree of the Year 2021. Like Jacek Bożek, captain of the club, comments, the vote for Dunin in the European version is not only symbolic.

– This extraordinary forest, protected for hundreds of years, will be torn apart by politics and irrevocably destroyed before our eyes. Let’s vote where possible, to talk about the need to save the forest from entanglements and walls. I hope that thinking about what we lose will not come too late – Bożek confirms.

See also  Record the number of injuries in the world. 1.13 million new infections in the United States

Among the opponents of the Polish oak for the title of European Tree of 2022 are the favorite trees of residents of sixteen countries. They all share great stories and the fact that they are an important part of local life and a pride for the locals.

Read also: Tree of the Year 2021 – Three acorns on the podium [ZDJĘCIA]

Fascinating stories from all over Europe

The mammoth tree from Croatia is one of the oldest trees in Europe, the mammoth tree from Belgium was described in a comic book. The Lyrical Lemon Tree from Bohemia is said to contain forbidden psalms from the 17th century. The majestic royal pine appeared in Estonia around the time when Swedish King Gustav Adolf II founded the University of Tartu. Lipa Tilia from the Netherlands is also the first tree ever to have an Instagram account, with over three thousand followers watching her journey through the seasons.

The weeping Japanese sofas at the Csokonai Theater in Debrecen are a local curiosity in Hungary, and the Old Big Oak of Latvia reminds everyone that this country has the second highest density of big trees in Europe. According to legend, the Italian chestnut with the name “Chestnut of a Hundred Horses” protected Queen Joan of Aragon from a storm.

In turn, the Russian oak is associated with the person of the great writer Ivan Sergeevich Turgenev. Weeping Slovak oak “Umbrella of the High Tatras” is a symbol of Stary Smokovic, who is taken care of by the rescuers of the mountain rescue service. The Spanish Freedom Tree saw the Democrats’ Conxo Banquet in 1856 – a revolutionary act that affirmed the ideals of the new Europe: liberty, equality, and fraternity.

See also  Cruiser "Moscow". The United States confirms: He was drowned by the Ukrainians

The UK is represented by the Capeford hawthorn, a lonely tree guarding a windswept beach on the Scottish coast. Bulgarian oak is named after the owner of the field in which it grows. The 300-year-old French chestnut has been a secluded tree in the middle of a meadow for years, and today it is a very popular city tree. Portugal’s Great Cork Oak surprises everyone with the diameter of its crown.

You will find photos and stories of all the finalists here.

Thanks to this year’s European Tree Contest, we can learn about and see the wonderful treasures of nature, culture and history of our continent. Voting continues throughout February, but the winner won’t be known until March 22nd, as the final week of voting is secret.

In 2017, Oak Józef z Wiśniowa won the county’s European Tree of the Year title. Podkarpackie, in 2013 a flying tree of goats in the county. Olensky won second place, and in 2014 Dąb Wybickiego in Będomin in the voivodship took third place. Pomeranian dog. Where we get this year depends solely on our votes – says Jolanta Megdash of Club Gaga.

The organizer is the Environmental Partnership Association (EPA) based in Brussels. Over the course of eleven years, the competition has collected more than 1,100 trees – witnesses to our European history; Over 1,100 local communities are proud of their natural treasures; And more than three million tree lovers around the world.

See also  What countries in the world can you enter with a European passport?

Don't Miss it Netflix is ​​testing a feature similar to TikTok on TVs
Up Next Sanctions against Russia. What sanctions were imposed because of the attack on Ukraine? – Politics