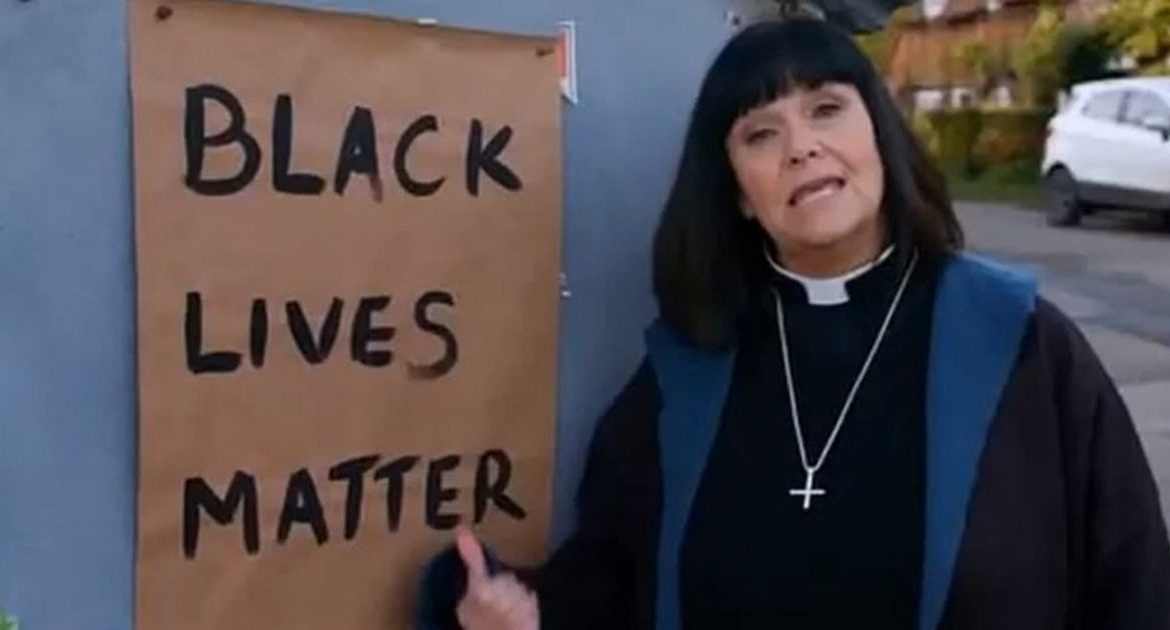 The BBC confirmed that a graphic about the Black Lives Matter included in celebratory episodes of The Vicar Of Dibley sparked hundreds of complaints from TV fans.

Viewers were annoyed when she played the Reverend Geraldine Granger – a comedic icon Dawn french – Knee knee and highlight the fact that members of the black community are fighting for equality around the world.

The scene was met with applause from many, but some objected to the comedy being “politicized” by including the issue of racism in the real world.

on Christmas Eve , The BBC confirmed They received 266 complaints about the scene – but pledged to defend the show.

Dawn’s character addressed viewers at the scene to announce that she was preoccupied with the “horror show” of George Floyd’s death.

Mr. Floyd was killed while being arrested by police in Minneapolis in May – his death sparked protests around the world.

The BBC has already defended its decision to show Dawn taking the knee.

They said the moment, “It was in line with the character and main theme of the show.”

Meanwhile, Dawn herself responded to some fans’ criticisms suggesting that they missed the heartbreaking point of the scene.

She responded to a backlash online via TwitterWriting: “A beautiful quiet day, full of humanity, compassion and support in all respects …”

The episode in question was broadcast last week and watched the MP clarify that the fictional Oxfordshire Village in Deepley is: “not the most diverse community”.

And listen, I am aware that all lives matter, of course, but until all souls matter we are doing something very wrong.

“So I think we need to focus on justice for the large portion of the men and women of our country who seem to have had a very bad and weird deal from the day they were born.”