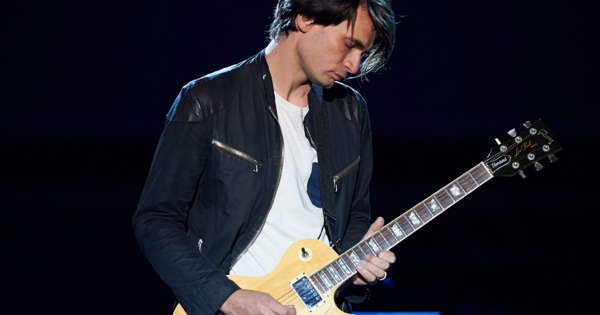 Musicians in this lineup first played during the online event “Live at Worthy Farm”, produced by Glastonbury Festival on May 22, 2021. They then performed eight songs, including a remake of Radiohead’s never-released song “Skating on the Surface” “.

At the time, it seemed like a one-off, but in September 2021, in an interview with NME, Greenwood announced that The Smile was recording a debut album and musicians were still wondering what to put on it, though now. “I’m almost done.” In the same interview, the artist explained that the smile is a typical creation of the epidemic. He and York created this project during the UK lockdown, when all concerts were suspended. “We just wanted to finish some songs together,” he said.

When this album will be released, it is not known yet. However, there is already its announcement. “Small update. Smile album is in song arrangement (there are 62,27020,800 possible solutions)” – you can read on The Smile profile on Twitter. This entry appeared on January 5, along with information that the first single from this album, “You’ll Never Work on TV Again,” is now available on streaming platforms. The musicians also announced that on January 29 and 30 in London they will play three concerts at Magazine London, which will be broadcast live on the Internet. Tickets can be purchased through Thesmiletheband.com starting Friday, January 7th. (life PAP)

Don't Miss it Earth’s messengers will fly into space. Scientists have a plan for such a mission
Up Next Date. The Watergate scandal led to the resignation of the President of the United States