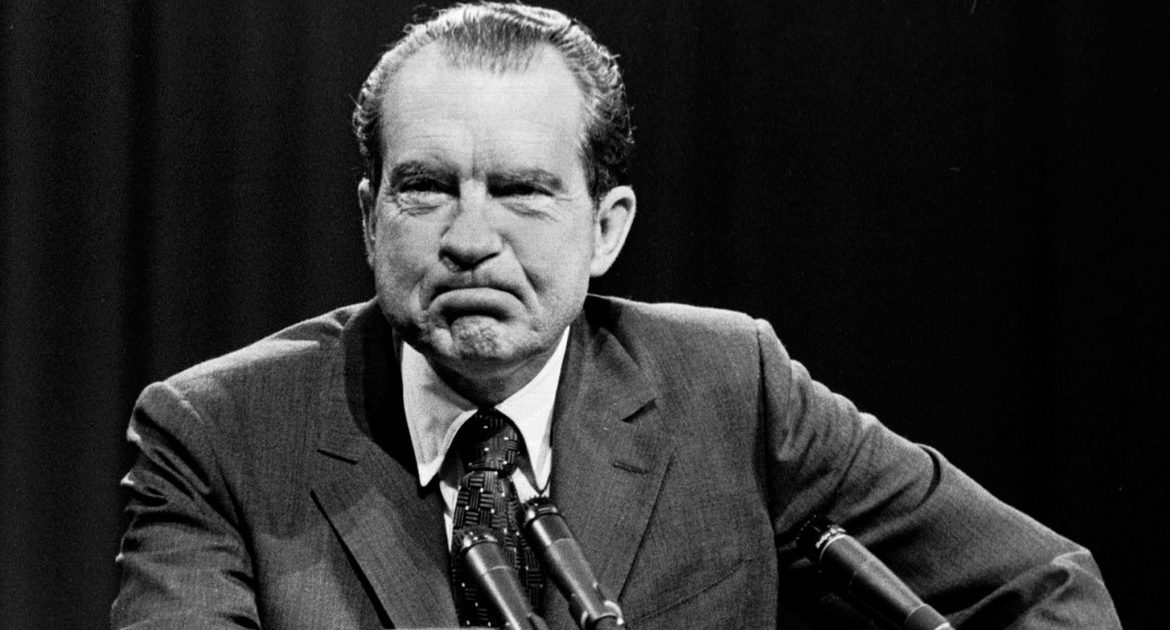 Nixon’s ambition was to keep the Republican Party in power for another quarter-century and eliminate political opponents. He established the President’s Reelection Commission, which officially handled his campaign, and in fact the dirty work, which Nixon knew all too well. The commission, chaired by former US Attorney John Mitchell, brought together people loyal to the president, tasked with carrying out a variety of illegal activities to harm Nixon’s political opponents. Call plumbers.

These are the plumbers – one who worked for the CIA until 1970, and for the past few months on the Presidential Committee – who have run into Watergate. Not only were professional listening devices found, but the phone numbers of a high-ranking White House employee were also found. He, in turn, worked with Nixon’s special advisor Charles Coulson.

Days after the break-in, Democratic National Committee Chairman O’Brien sued the president’s reelection committee, seeking $1 million in damages. He stated that “the facts clearly point to the White House,” and added, “We only discovered the attempted wiretapping because it was a failure. How many other trials and who was involved? I think we will witness the final test of this administration that, only four years ago, so hypocritically promised, ushering the country into a new era of law and order.

The influential Washington Post correspondents were the first to report the storming at Watergate. Bob Woodward, then 29, had worked at the newspaper for only nine months, and Carl Bernstein, a year younger, for six years. The first came from the American establishment, and the second was a racer. Although they had never worked together before, they soon formed an investigative duo that – with the help of others, too – revealed the dirt of the White House.

During the journalistic investigation, they questioned hundreds of people, verified information in as many sources as possible, and their articles, step by step, revealed that the Nixon team had violated the law. The storming of the Democratic office turned out to be the tip of the iceberg. Added to this is the deception of Congress, investigators, the court and the public. An invaluable resource for journalists turned out to be – as they wrote at the time – an acquaintance of Woodward from the government department. They called him “Deep Throat” – from the then popular pornographic film in the United States.

It was only discovered in 2005 that the informant was Mark Felt, who in the early 1970s was the deputy director of the FBI. He directly oversaw the investigation into the Watergate storming. He began working with journalists because he could not stand the pressure of the White House, which wanted to solve the whole case. Nixon’s men even wanted to buy the Washington Post by replacing a millionaire.

The FBI conducted its investigation, the newspaper conducted its own investigation, and a Senate investigative committee was formed a year after the hack. During one session, it was revealed that there was a system in the Oval Office that records all conversations there. Senators demanded the release of the tapes. They believed that they could contain evidence of the illegal activities of Nixon and his people. But the president refused to release the tapes, citing his own powers. In the end, after a long legal battle, in July 1974, the US Supreme Court issued a unanimous ruling ordering Nixon to release all tapes.

The work gained momentum in the House’s impeachment and impeachment proceedings, which had been going on for several months at the time. However, Nixon was not indicted, as the president resigned on August 9, 1974. His successor, and former Vice President Gerald Ford, pardoned Nixon a month later. In doing so, he closed the way for Parliament and the judiciary to pursue Nixon’s illegal actions during his presidency. Others at Watergate, including the White House chief of staff, Richard Haldeman, the president’s right-hand man, went to prison. Nixon himself, although he struggled to the end, finally admitted his mistakes. He did so during a series of interviews given by British journalist David Frost in 1977.

Cerik only graduated from primary school, and received a diploma

Putin’s fictional career, he started as a KGB officer

See also  Personal data - the free flow of data to the United Kingdom of Britain in an additional transition period
Don't Miss it The band, founded by Radiohead members, released their first single
Up Next American soldiers in Poland. The White House: America is ready to talk to Russia about missiles and military exercises, but not the military numbers in Europe