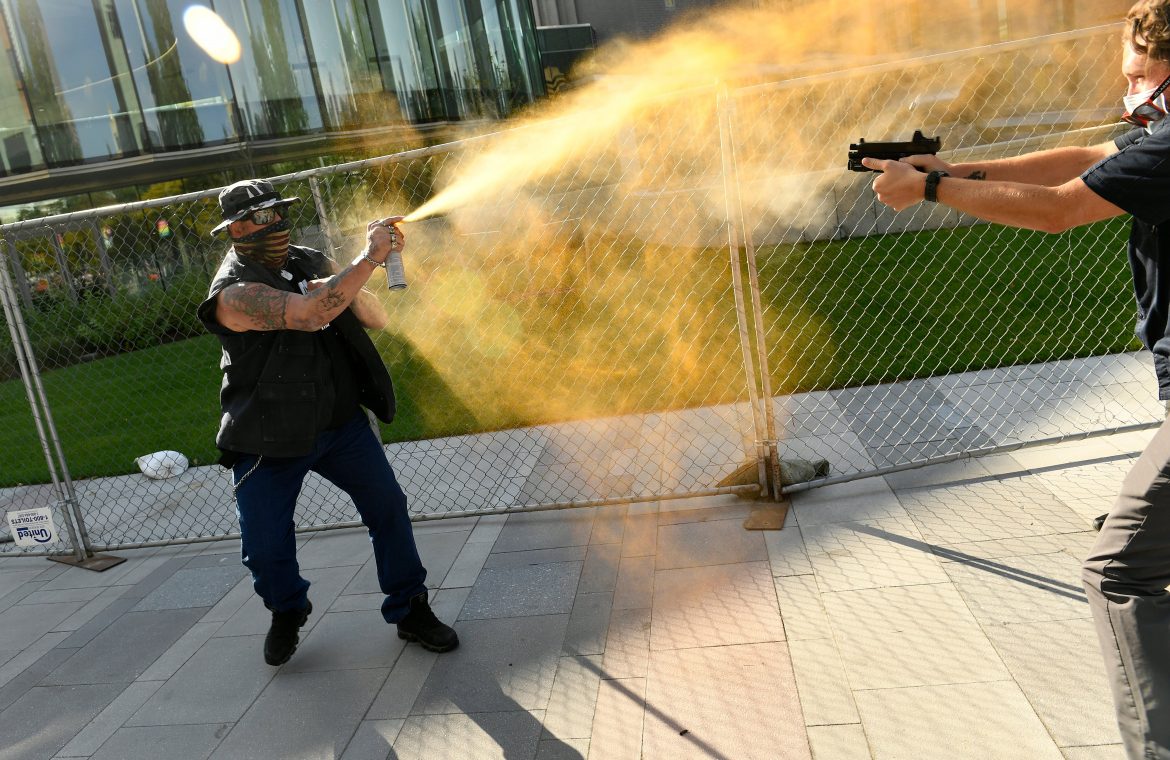 Colorado Police have released the names of the private security guard who shot dead a man during protests in Denver on Saturday.

Matthew Doloff, 30, was working for the local TV station KUSA TV when he shot and killed the man who made him climb.

Denver police said in a post on social media that Dolov is being held on suspicion of committing first-degree murder in connection with the Saturday afternoon shooting.

Police said the decision on any charges rests with the Denver Attorney General’s office.

A spokesman for Pete McCann, the attorney general, said on Sunday that the arrest certificate in the case had remained closed and had referred other questions to the police.

It was not certain whether Dulov had appointed a lawyer.

The victim has not been identified by the authorities.

A video clip on Twitter shows the conflict that led to the shooting. Photographer Denver Post Snap a photo of a fight when a man sprayed a chemical agent on another man with a painted gun.

NBC’s Kousa television station said the man who was shot was taken to a nearby hospital, where he died an hour later.

The police arrested Dolov on the spot, and he immediately surrendered.

Photos were taken by Denver PostA photographer captured Dulov looking stunned when the man fell to the ground.

“For several months now, KUSA has employed private security to accompany employees in the protests,” the station said.

The shooting occurred at 3.37 pm local time in the courtyard of the Denver Art Museum during the “Patriot Rally” which was met with counter-protests by groups who described the rally asBLM–Antifa Soup drive. “

Montoya said police kept the two groups separate, and there were no further arrests during the competing marches.