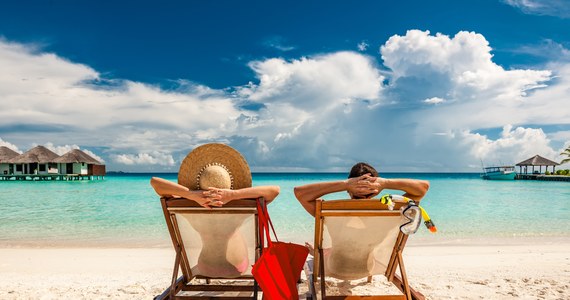 Will the accidental discovery of Polish scientists help us effectively protect ourselves from the harmful effects of solar radiation? A group of researchers from Jagiellonian University led by Prof. Marcin Majka, while researching a cure for Parkinson’s disease, discovered that stem cells can differentiate in such a way that they are able to produce natural melanin. It is a pigment responsible for the color of our skin and hair. It protects the DNA of skin cells from damage caused by UV rays. Previous studies show that this dye can be introduced into the skin, recreating the natural tanning process. This way, after one application, you can protect yourself from solar radiation for several days or even weeks.

In an interview with Grzegorz Jasiński, Prof. Majka from the Department of Clinical Immunology and Transplantation at the Jagiellonian University School of Medicine admits that after the laboratory research phase, his group is now looking for an investor who can fund the next phase of the work. It is now important to assess to what extent the method may be beneficial on a larger scale, and whether the costs of such preparation would be attractive to recipients. Most importantly, the melanin produced in this way can not only protect from the sun’s rays. There is hope that it can also help correct the symptoms of vitiligo, for example, and if it is confirmed that it can be inserted inside the hair, it will help to deal effectively with graying.

No more sun cream at the beach? Melanin from the lab will keep us safe all weekend

Grzegorz Jasiński: From what I understand, your idea wants to use some of the mechanisms that nature itself uses to protect us from UV rays?

a. Marcin Majka: Yes exactly. Our idea, or rather an accidental invention, is to use human melanin to prepare dermatological cosmetics that protect people with fair skin or people prone to sunburn. It will be used to protect their skin from UV rays. And in fact, as I said at the beginning, this is kind of a random discovery because we were actually dealing with Parkinson’s disease. For therapeutic purposes, we wanted to differentiate stem cells, the so-called induced pluripotent cells, into dopamine-producing cells, that is, dopaminergic neurons. During this differentiation, and using our culture protocol, we found that the cells we see turn black rather than neuron-like. At first we thought these cells were actually dying and they were discarded. It turns out that it’s not true that these are living cells but for some reason they put on something black that changes their color. At first, we thought it was neuromelanin, because we differentiated into dopamine cells, which are in an area of ​​our brain called the substantia nigra, which naturally stores the neurotransmitter melanin there. So we thought it was neuromelanin. But after long tests, and also physical and chemical, it turned out to be eumelanin, that is, a pigment, the type of melanin that occurs in our skin.

He is responsible, among other things, for the fact that we are basking …

It is actually related to tanning. However, its role is not to sunbathe, but to protect our cells, or rather our DNA, from ultraviolet radiation. Because melanin has the property that it surrounds the nucleus of skin cells and neutralizes the direct attack of ultraviolet rays on our DNA. If this is not the case, or if the protection is too low, and we use the sun a lot, DNA damage, cracks, and mutations can occur, which in turn leads to skin cancer, especially melanoma.

If you have already learned that this melanin can be obtained in this natural way, how now can it be introduced into the body in the skin to protect it?

Thanks to the funds provided by the Jagiellonian University, as well as from the CITTRU Center for Technology Transfer, we have been working for three or four years on the possibility of implementing this invention, including by increasing the volume of production, but also by showing what happens with this melanin, or rather with melanosomes . Melanin is found in such structures, called melanosomes. We were able to prove that this melanin is able to penetrate into the deeper layers of the skin, unlike the creams that we use every day, which protect us from ultraviolet rays, and which contain various chemical compounds. These creams do not penetrate and remain on the surface and can be washed off. The fact that they do not intentionally penetrate, is good because, as chemicals, they can have a negative effect on our cells. However, our melanin is natural, so this hack is as safe as possible. There is no risk of any oncological processes here, and since it penetrates deeply into the skin, it is not washable. So there is a possibility, which of course requires more research, that after applying it to the skin, after penetrating the deeper layers of the skin, it will last for several days or even weeks. This will of course require further evaluations. But this will be in contrast to those creams that are used daily, which, in fact, after each entry into the water or wearing clothes, we have to reapply it later. This is especially important in some places around the world, including where coral reefs are found. There is a ban on the use of creams that contain chemicals because they damage corals when they wash themselves in water, it is simply a danger to them. The people out there really don’t have the ability to protect themselves from UV rays. They can only wear some kind of swimsuit.

Will the lotion you are talking about also be self-tanning, i.e. it will be visible on the skin? Will we have such a tan right away before the holidays?

This is a very good question and the answer is yes, because this melanin is exactly the same compound that is found in our skin when we sunbathe. Depending on the amount of lotion used or the amount of melanin in this lotion, we will be able to have a lighter or darker skin tone. In addition to the fact that it would be able to act as a self-tanner, in theory – because we haven’t done such research yet – it’s also possible to dye your hair, because our hair also contains pigments that give it color. Possibly, if melanin is somehow introduced into the interior of the hair, gray-haired people can also regain their original color or even become dark-haired. Even half seriously.

What costs are we talking about? Because wherever there is talk of treatments using stem cells, the costs of preparation are exorbitant. To what extent are these costs acceptable to your method?

We will not use stem cells directly, because they are only at the beginning of production, and then they are differentiated into these melanin-producing cells.

And then these cells can reproduce directly?

Indeed, on the larger scale, we multiply the mesenchymal cells, that is, not stem cells, but the most differentiated cells. Of course, we will not apply these cells either. The idea is to apply or mix the isolated melanin with this cream, for example in the form of melanosomes. We are constantly working to increase the ability of these cells to produce melanin. And in fact for this reason, we are also looking for someone who is interested in our idea so that we can actually judge it. So we need funds to answer your question, to enable the production of a prototype of this preparation on a larger scale and on this basis to evaluate the cost of production. And will it be accepted de facto by society for everyday use?

How do you think this mixture can be applied? Will this also be some type of cream, liquid, or spray? Are there any doubts about how this could be more effective?

Certainly, we would like the management method to increase the penetration ability. So it may be some kind of cream that contains certain substances, for example hyaluronan, that can increase the likelihood of melanin penetrating deeper into the skin. But whether it is a cream, whether it is in liquid form or even some spray, it is still difficult to answer today.

Please tell me if aside from medicine – because UV protection is in fact protection from disease and cancer – are there any other cosmetic applications that come to mind?

In fact, one thing goes hand in hand with the other. Theoretically, we also considered using it in vitiligo, that is, in people who in turn lack pigment in some areas, to cover or cover those places where this pigmentation does not occur. Here, somehow, we connected it. So such a cosmetic skin can have a protective effect, it can eliminate this kind of discoloration, and it also gives the opportunity to get a tan, for example in the winter without having to go to the solarium, which – as we know – can be dangerous too. Moreover, if it can be applied to hair dye for example, it is also more cosmetic than medical use.

Any knowledge that allows us to understand how cells differentiate, and how they function, could contribute to a better understanding of the cancer cells themselves as well. But in this case, in fact, we have already completed this part of the direct search. What we’re trying to do at the moment is deal more with this aspect of implementation and – later on – implementation. On the other hand, in cooperation, for example, with centers that want to use this method of ours, and also to directly research a process, for example, the formation of melanomas, one can be interested in it.

Don't Miss it New PS Plus – players have discovered an exploit; Sony is fighting them quietly
Up Next The head of the Ukrainian Foreign Ministry: We have given up nuclear weapons and expect …