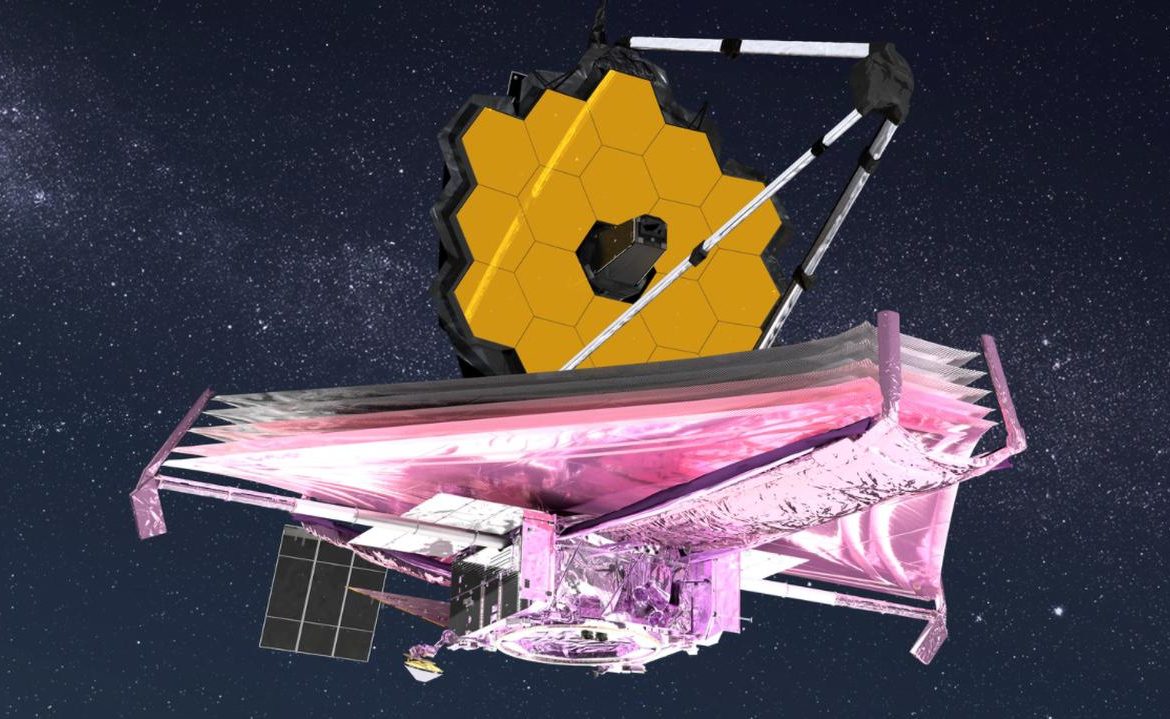 NASA announced Saturday that the James Webb Space Telescope has dismantled the main element of the structure, the gold-covered 6.5-meter main mirror.

The maneuver to open the two mirrors’ wings and secure their position continued from Friday without complications. This means that the James Webb Space Telescope (James Webb Space Telescope) has fully unfolded and thus completed a complex phase of the mission, described as one of the most complex and dangerous in the history of space exploration. Thousands of people have been working on it for many years. What a great day,” NASA’s Michelle Thaler said in a live broadcast from the Space Telescope Institute Command Center in Baltimore.

Next steps for the mission

Over the next eleven days or so, the position of the eighteen beryllium hexagonal plates that make up the telescope’s main mirror will be painstakingly repositioned. 14 days after liftoff from the French and European Space Agency base in French Guiana, the device is more than 1.07 million km from Earth and has more than 370,000 km to travel to the L2 travel destination, which is expected to take another two flights weeks. Its current speed is less than 0.4 kilometers per second.

According to a NASA announcement, the first images from the telescope will be available in about three weeks, but the first complete image of a single star will have to wait until March. It will take until May to calibrate the observatory’s instruments for full readiness.

See also  Could an unknown patient with a chronic Covid-19 infection be the origin of the dangerous new UK strain?

Despite the great complexity of the task, so far it has gone smoothly, even better than expected. Much less fuel was used during liftoff than expected, extending the life expectancy of the telescope from five to 15 years.

Study of planets outside the solar system

The Webb Telescope is the fruit of nearly three decades of work by scientists from NASA, the European Space Agency and the Canadian Space Agency. The instrument is a more advanced and powerful successor to the Hubble telescope. Astronomers hope that thanks to the new telescope it will be possible, among other things, to study the atmospheres of planets outside the solar system in search of signs of life and to identify the first stars and galaxies that formed about 200 million years after the Big Bang.

The James Webb Space Telescope was launched on December 25, 2021, and is expected to significantly enrich the mission of the older Hubble Telescope (HST). It would be possible, among other things, with a much larger main mirror with a surface more than six times larger.

Don't Miss it He lost the championship title to his compatriot. At crucial moments, the equipment ran out
Up Next A quick guide to online entertainment and personal experiences