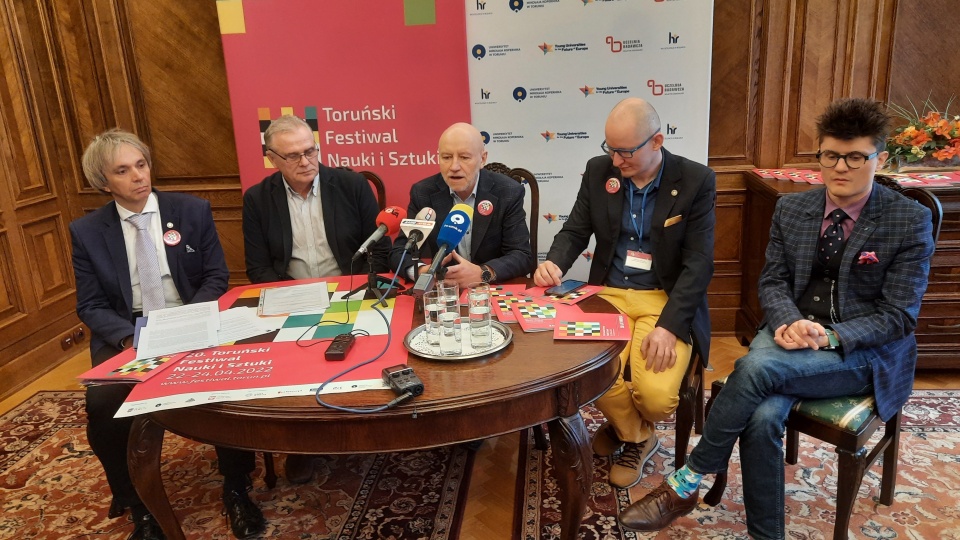 The Toruń Science and Arts Festival begins on Friday (April 22) and aims to be a form of return to normalcy after the pandemic. The organizers have planned more than 140 events, including many lectures, performances, events and workshops. They are counting on a huge interest in the jubilee edition.

– A lot of people still wear masks and are reserved when it comes to direct communications, but I hope this can be overcome at our festival. It will be an event unlike any other – the professor said on Wednesday. Włodzimierz Jaskólski, Vice-Chancellor of Nicholas Copernicus University for Cooperation with the Social and Economic Environment.

One of the main events of TFNiS for this year will be the screening of a film about 20 years of the festival and an exhibition showing the jubilee of this event. It will be shown from Friday on the campus of Nicolas Copernicus University. – What comes out of this picture? Science seems to be the basis and goal of the festival. The image that emerges from these images shows that our main goal is the human being and his commitment – emphasized the Vice-Chancellor. He added that “the science of man.”

science walk
On Friday, the Science Picnic will begin, during which participants will, among others, participate in cooking workshops dedicated to global breakfasts, learn more about modern drones and their applications in science and travel, watch demonstrations of mobile robotics or talk about the stars with astronomers from Institute of Astronomy at Nicholas Copernicus University. Another attraction will be an event called hands-on education. Part of it will be held, among others, workshops for mathematical magic, weather forecast measurements, playing with chemistry and thinking about infidelity.

– I am convinced that this festival will take place and will succeed – not only as a jubilee, but also the beginning of the path to educational and theatrical life – in the form of direct events. We now offer a direct connection to science, with a scientist, lecturer, and representatives from the world of culture and art. These people will be able to ask about everything at any time. They will be tangible, alive, said the professor, and all this will not be hypothetical. Mieczysław Kunz, TFNiS Program Director.

Lectures, demonstrations and workshops
In addition, the organizers planned 6 different thematic groups: biomedical, travel, artistic and cultural, historical, artistic and environmental. Each consists of several lectures, presentations or workshops. In addition to the following areas waiting for guests: the Cave of Wisdom, cultural interaction, museum secrets, the Silk Road.

Two more excursions will be part of the 20th edition of the festival: the astronomical one organized by radio teleskop.pl and Kielce University of Technology, as well as the excursion prepared by the Modern Knowledge Mill Center.

The festival ends on Sunday (24/04) with a concert entitled “20 Pieces on the Occasion of the 20th Anniversary of the Festival”, which will be held at the Artus Court Cultural Center. The director of the facility, Łukasz Wudarski, said that during this concert you will be able to hear songs that have been marginalized by all of Poland for the past 20 years. – They may not have accompanied the festival directly, but indirectly – he added. The organizers of the festival are the Nicolas Copernican University of Torun, the Torun City Council and the Scientific Society of Torun. Detailed program can be found here.

See also  Lack of Covid-19 test: A mother of two is shocked after being offered the swabs in Scotland