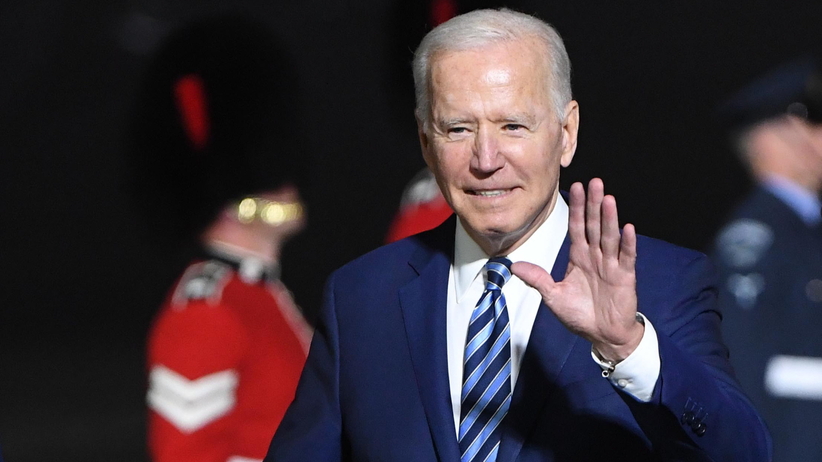 Joe Biden said the United States is not looking for conflict with Russia. He stressed that “the United States will respond in a decisive and meaningful way if the Russian government conducts harmful activities.” The US president is in the UK, where he will participate in the G7 summit, his first trip abroad as president.

Joe Biden He flew to Great Britain to attend the G7 summit. “We want stable and predictable relationships…but I’m making it clear: The United States will respond decisively and meaningfully if the Russian government engages in harmful activities,” Biden said, speaking to about 1,000 US soldiers and their families. Stationed at the British air base RAF Mildenhall in eastern England.

Biden said he was determined to rebuild transatlantic relations and reshape relations with Russia “after four difficult years under former President Donald Trump, whose tariffs and withdrawal from treaties soured relations with key allies.”

Joe Biden: We will respond if Russia engages in malicious activities

“This is my first trip abroad as president of the United States,” Biden declared. “I’m going to the G7 summit, then to the NATO summit, and then I’m going to meet with Putin to tell him what I want him to know.” That the United States is back on the world stage and that the world’s democracies together face the toughest challenges and issues that matter to our future.

The US president added that his goal is to “strengthen the transatlantic alliance and thus make it clear to Putin and China that Europe and the United States have strong alliance ties.” He also stressed the need to modernize and expand the electronic capabilities of the Charter.

The first point of Biden’s eight-day visit to Europe will be Thursday’s meeting with British Prime Minister Boris Johnson. It will be held in Carbis Bay, a small town in Cornwall, where the G7 Leaders Summit will begin the following day. As expected, both politicians will acknowledge the existence of “special relations” between the US and the UK.

Biden in Great Britain. This is his first foreign trip as president of the United States

The G7 summit will begin on Friday in Carbis Bay. During the summit, the US President will engage in talks with all leaders and will hold bilateral talks with them.

On Sunday evening, Biden will travel to Brussels, where the NATO leaders’ summit will take place on Monday.

On Wednesday, June 16 in Geneva, Biden will meet with Russian President Vladimir Putin. As expected, the US President will address the topics of Russian provocations, including cyber-attacks by Russian hackers on US companies, repeated Russian attempts to interfere in US elections, the imprisonment of the leader of the anti-Kremlin opposition, Alexei Navalny, and the Russian. Threats against Ukraine.

Don't Miss it USA/SpaceX’s Cargo Dragon capsule has returned to Earth
Up Next “The longer the epidemic lasts, the better for the markets.” The expert points out another problem