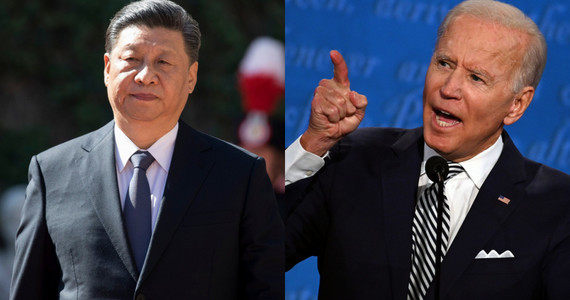 It also marked the first phone call between Xi and the US president since he spoke to former US President Donald Trump in March. Since then, relations between the two countries, according to Reuters, are the worst in several decades.

According to a statement issued by the White House, Joe Biden expressed his concern about China’s “unfair economic practices” during a conversation with Xi Jinping. The US president also pressed Xi over Beijing’s crackdown on Hong Kong and against the Uyghurs, as well as his measures against Taiwan.

Biden tweeted after the interview: “I told him that I would work with China if it would be of benefit to the Americans.”

“The confrontation between China and the United States will be a disaster for both sides and the world,” said leader of the People’s Republic of China, Xi Jinping.

Xi stressed that China and the United States have different views on some matters, but the key is mutual respect, treating each other as equals and handling differences in the right way, the official Chinese news agency Xinhua reported Thursday.

The CPC Secretary-General added that Beijing and Washington should resume the work of dialogue mechanisms to better understand each other’s intentions and avoid misunderstanding.

On Wednesday, just hours before his conversation with Xi, President Biden announced the creation of a Pentagon task force to prepare the country’s strategy toward China.

Don't Miss it Vaccinated UK residents can receive QR codes
Up Next VLC 4.0. The player will finally stop appearing as a beta for 2005