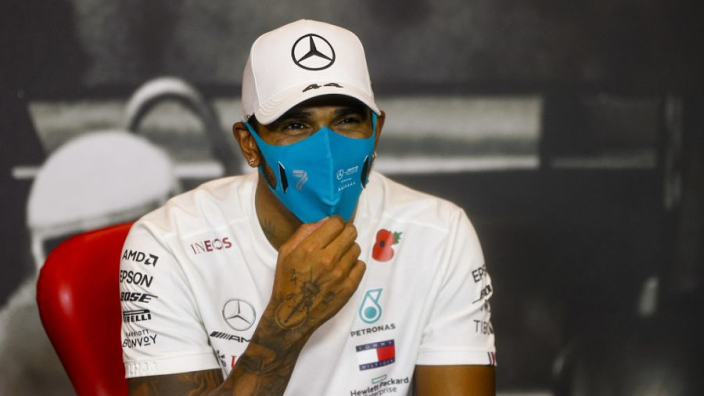 Mercedes Driver Lewis Hamilton He welcomed a “growing respect” among drivers and race hosts despite the turbulent season that includes penalties.

Hamilton raised eyebrows at the Russian Grand Prix when he indicated that the FIA ​​was “trying to stop me” after taking two penalty kicks for five seconds for a workout that starts in the wrong area of ​​the exit hole.

On reflection, the world champion retracted his original comments but still believed the penalties were unfair.

“In the end, you say things in the heat of the moment and you say things sometimes when you feel like you’re swimming against the flow,” he explained. “This is a human reaction.

“Looking back, of course, we can always say that we can do things differently. I think there has been a lot of growth this year, both as a sport and the steps that we have taken.

“I think probably to myself, my experience that I hope – I rarely get to see the referees – with the FIA ​​and the hosts, there has been a growth in respect and understanding between us.

“I still don’t think these sanctions were necessary but they are what they are. I don’t have to think what the sanctions should be.”

Hamilton received several penalties throughout the year, including colliding with Alex Albon in Austria and entering a closed lane at Monza.

The Briton insists he will use the sanctions as a learning point to find the acceptance threshold for the 2021 campaign.

He said, “I learned a lesson from him and they will never be able to catch up with me again, that’s for sure.”

See also  Andy Murray defeated the "Number One" championship. A good start for the Canadian stars

“It’s okay if it was overrated and learned from it and it won’t happen again.”

Don't Miss it Where is Santa now? Track Santa this Christmas with NORAD and Google
Up Next 8 coronavirus deaths were reported in Kent Hospitals on Christmas Eve