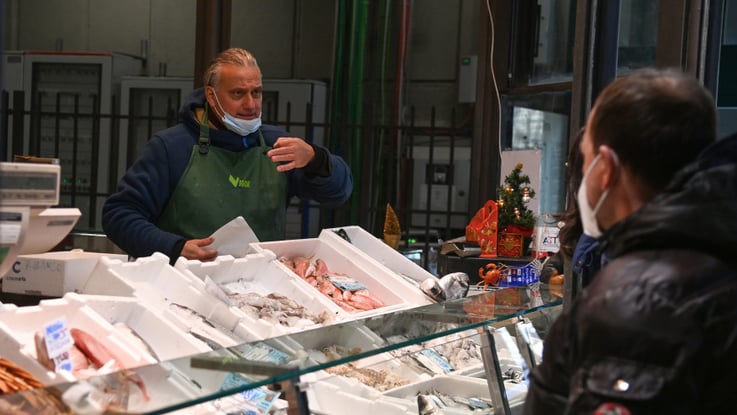 The EU-UK Trade and Cooperation Agreement reduced fishing opportunities in EU27 in 2021 by 66,400 tonnes and 110,900 tonnes in 2025 compared to 2019, as confirmed in a think tank analysis of the European Parliament.

In a report titled “The Impact of the EU-UK Trade and Cooperation Agreement”, the EU Panel of Experts noted that the Common Fisheries Policy “aims to achieve the sustainable exploitation of marine resources” and that one of its main tools “is the Total Annual Allowable Catch (TACs)” , i.e. fishing limits for most commercial stocks.” TACs are shared among EU member states according to an agreed key, the so-called +relative stability. Each member country has a fixed percentage per TAC, which represents the fishing opportunities of the member countries. The Brexit negotiations led to an agreement on 105 common shares and associated TACs, of which the UK’s share was raised to 84 TACs. Quota transfers are set out in Annex 35 of the Trade and Cooperation Agreement between the European Union and the United Kingdom (TCA)” – referred to.

As we explained, “The EU’s 27 fleet catches around 1.3 million tons of fish, worth €1.6 billion in TACs shared with the UK.” Compared to 2019, the TCA resulted in a reduction in fishing opportunities in the EU-27 in 2021 by 66,400 tons and 110,900 tons in 2025. The corresponding values ​​are estimated at €108.4 million and €178.6 million. The actual impact of these reductions depends on the level of quota use and on The level of terminology created to meet resource conservation goals The most direct impacts – due to the reduction in the EU-27 share of mackerel and herring TACs – will be felt by the surface fleets of Ireland, France and the Netherlands The TACs of these species are used almost entirely It will be to reduce fishing opportunities For most benthic species, such as anglerfish or sole, the direct impact is much less due to the low use of offshore fishing grounds Exchanges with Great Britain are expected to continue without significant hurdles The United Kingdom has committed to sustainable fishing in its Exclusive Economic Zone (EEZ).

The report’s authors noted that “France and Germany have begun to support their fisheries sectors under the arrangements envisaged in the Post-Brexit Adjustment Reserve (BAR)”. They added that “according to the information available, other EU member states that have suffered significantly as a result of Brexit are still preparing for their own support programmes.”

In their view, the concerns of the EU fisheries sector remain, among other things, the access conditions to the territorial waters of the United Kingdom (the 6-12 mile zone) of particular interest to France and Belgium and the waters adjacent to Belwick, Guernsey and Jersey of particular importance to France, as well as the lack of Certainty about continuing administrative arrangements in 2022, including the creation of a list of vessels allowing fishing in the UK’s exclusive economic zone and quota swaps between the UK and the EU. As we have read, concerns have also been raised by the “lack of clarity regarding the extent to which the European Commission is involved in consultations with EU Member States or sector representatives through their national representations or relevant advisory committees”.

In their recommendations, the experts note the need for a detailed timetable for annual fisheries consultations. In their opinion, the possibility of obtaining fishing permits for alternative vessels to access the waters adjacent to Bellewick in Guernsey and Jersey should be expanded. They concluded, “Now that the Post-Brexit Adjustment Reserve is in place, more EU Member States should be encouraged to develop national compensation schemes for their fisheries sectors, with compensation schemes already implemented by Germany and France as a potential example to follow. with it”. .

See also  Why Is "Dogs Playing Poker" Such An Impactful Painting

Don't Miss it Peaky Blinders Season 6 – Meet Uncle Jack. Personality based on facts!
Up Next The Apple M1 Ultra is about three times the size of an AMD Ryzen processor. What else do tests of the new Mac Studio processor reveal?