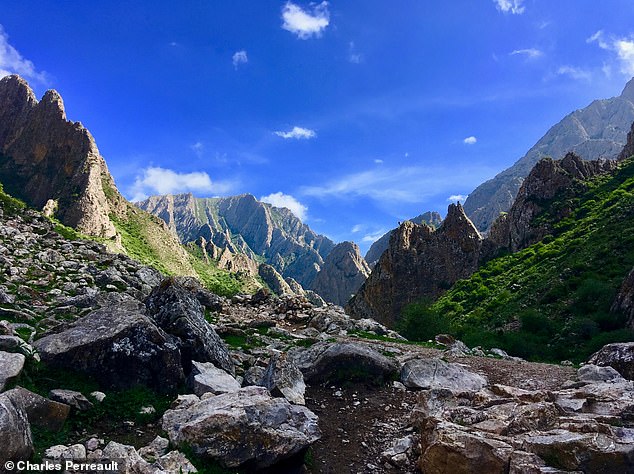 Scientists say the DNA of Denisovans – the ancestors of ancient mankind – discovered in the Tibetan Cave may only be 45,000 years old.

Ancient DNA of Denisovan mitochondria was recovered in sediments from the Baixia Karst Cave, a limestone cave on the northeastern edge of the Tibetan plateau, at 3,280 meters above sea level.

Samples indicate that Denisovans occupied the cave at high altitudes from about 100,000 to 60,000 years ago, and possibly also 45,000 years ago.

If the DNA was only 45,000 years old, the species would have lived side-by-side with modern humans in northeastern Central Asia.

The Denisovans, a group of extinct hominins that diverged from Neanderthals about 400,000 years ago, may have been more widely inhabited in northeastern Central Asia than scientists previously thought.

Sediment samples were analyzed by an international team that includes Charles Perrault at Arizona State University.

“When we started developing this project about 10 years ago, none of us expected that Baixia Cave would be a rich site,” he said.

‘We barely scratched the surface – three tiny burrs yielding hundreds of stone tools, animals and ancient DNA. Much remains to be done.

Future work in the Baixia Cave may give us a truly unique access to Denisovan behavior and reinforce the emerging picture, that the Denisovans, like Neanderthals, were not just branches of the human family tree.

They were part of a network of now extinct populations that has contributed to the pool of current human genes and shaped the evolution of our species in ways that we are only beginning to understand. 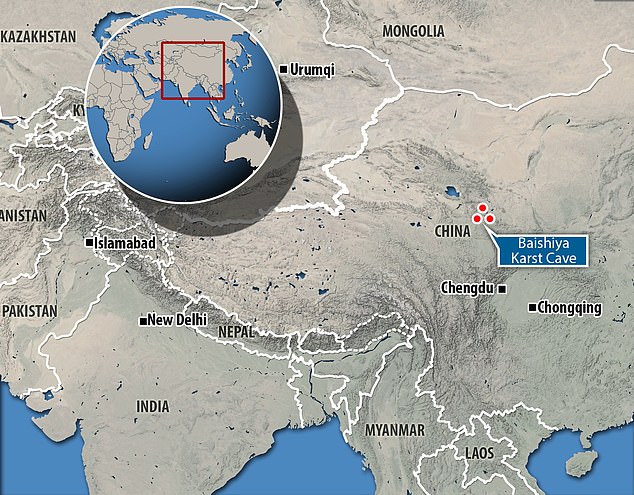 By examining sediments of the Baishiya Karst Cave located on a high plateau in Tibet, researchers have identified ancient Denisovan mitochondrial DNA, indicating the possibility of their existence 45,000 years ago.

A mandibular fossil (chiachia mandibular) from the same cave, dating to 160,000, was previously identified as Denisovan, based on the location of a single amino acid.

This new DNA study dispels any suspicion that Denisovans occupied the cave, according to the researchers.

Evidence for ancient hominins above sea level is unusual due to the severity of conditions at high altitudes.

Life on the plateau is harsh due to the delicacy of the air, and a person can contract altitude sickness anywhere above 2,500 meters above sea level.

The presence of DNA indicates that the Denisovans may have developed adaptations to the higher altitudes, like the modern Tibetans.

Sediment histories with mitochondrial DNA, along with a 160,000-year-old mandibular Xiahe, indicate that Denisovans have been on the plateau continuously tens of thousands of years ago.

In the photo, Xiahe’s lower jaw is still. The Denisovan jaw bone was originally discovered in 1980 by a local monk

This would have been more than enough time for the genetic adaptations to emerge in Denisovans to help them survive the harmful effects of high altitudes.

This find in Baishiya Karst Cave is the first time that Denisovan DNA has been recovered from a site outside Denisova Cave in Siberia, Russia.

This Siberian cave was previously the only site in the world where a handful of DNA-bearing Denisovan fossil bones were discovered.

See also  Astronomers have discovered a planet similar to Tatooine. She has two sunrises

In 2010, a finger bone belonging to a previously unknown species of hominin was found buried in Denisova Cave in Russia’s Altai Mountains.

Evidence of this new species has forced anthropologists to revise their model of human evolution outside of Africa.

Scientists believed that modern humans left Africa about 60,000 years ago, and when they colonized western Eurasia, they found a world devoid of any other kind of hominin.

But this assumption stems in part from the fact that prehistoric Asia is not well known compared to the ages of Africa and Europe.

The researchers suspected that Denisovan was prevalent in Asia, based on the Denisovan genome signal circulating among current Asians.

The new study has been published in the journal Science. 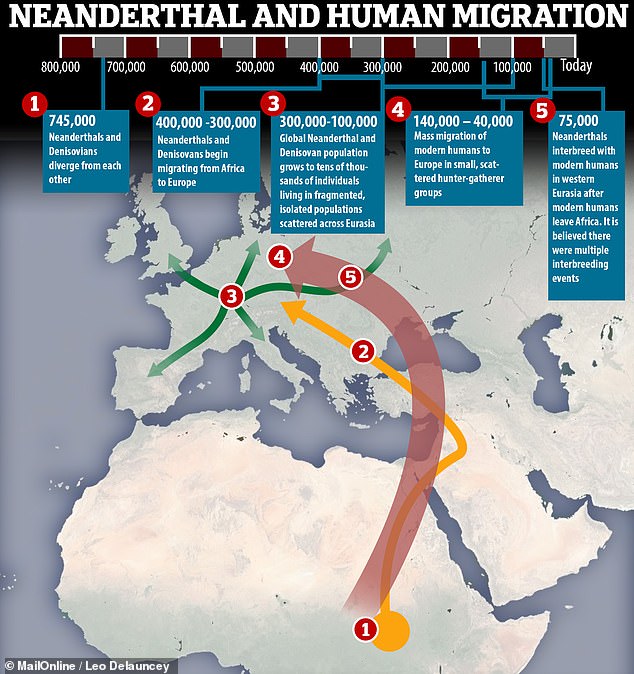 It is believed that the common ancestors of Denisovans and Neanderthals, unknown in the fossil record, may have separated from the ancestors of modern humans about 800,000 years ago.

Who are the Denisovans?

Denisovan is an extinct human species that appears to have lived in Siberia and even as far away as Southeast Asia.

Although the remains of these mysterious first humans were discovered at only one site – Denisova Cave in the Altai Mountains in Siberia, DNA analysis showed that they are widespread.

DNA from these early humans has been found in the genomes of modern humans over a wide area of ​​Asia, indicating that they once covered a wide range. 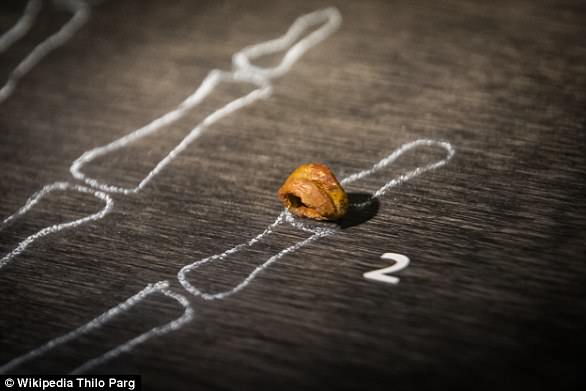 DNA analysis of a portion of a pinky finger bone in 2010 (pictured) of a young girl revealed that the Denisovans were a species related to, but different from, Neanderthals.

See also  The largest geoscience project EPSOS-PL. The research will be conducted in Poland

It is believed that they were a sister species to Neanderthals, who lived in Western Asia and Europe around the same time.

The two species appear to separate from a common ancestor about 200,000 years ago, while the modern human lineage, Homo sapiens, separated about 600,000 years ago.

Grains of bone and ivory were found in Denisova Cave in the same layers of sediment as Denisovan fossils, leading to suggestions that they had sophisticated tools and jewelry.

DNA analysis of a portion of the fifth finger bone in 2010, which belonged to a young girl, revealed that it was a species related to Neanderthal, but different from it.

Subsequent genetic studies suggested that the ancient human species separated from Neanderthals sometime between 470,000 and 190,000 years ago.

Since then, anthropologists have puzzled over whether the cave was a temporary shelter for a group of these Denisovans or if it formed a permanent settlement.

DNA from the molar teeth of two other people, one of them a male and a young female, showed that they had died in the cave at least 65,000 years ago.

Other tests indicated that the young woman’s age could reach 170,000 years.

The third molar is thought to belong to an adult male who died about 7,500 years earlier than the girl whose pinky was discovered.