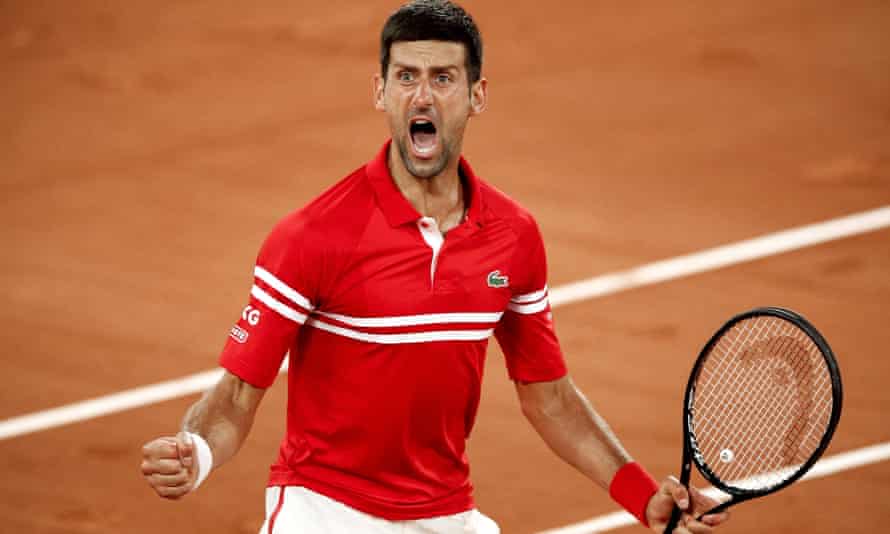 It’s no secret that Novak Djokovic is one of the greatest players ever to grace a tennis court. The current world number one has 19 Grand Slam honors to his name, meaning that he’s only one behind Rafael Nadal and Roger Federer. Despite clinching his first major title in 2008, it wasn’t until 2011 when Djokovic began to dominate. On current form, many expect the Serbian to continue his winning ways and surpass the existing record of 20 Grand Slam trophies, but can he do so in 2021?

After a straight-sets victory over Daniil Medvedev at the Australian Open final, Djokovic followed that up by triumphing at the French Open. At Roland Garros, the 34-year-old came from two sets down to defeat Stefanos Tsitsipas. Now he’ll have his sights set on three consecutive majors, and he’s +125 in Wimbledon betting odds to win the London-based event in 2021. As a result of his form, few can argue that he isn’t the favorite to triumph at the major event with Wimbledon 2021 tips.

At the Australian and French Open finals, Djokovic showed two sides to his game. Against Medvedev, the Serbian demonstrated his class to deny the up-and-coming contender winning his first Grand Slam title in emphatic fashion. While it wasn’t as straightforward at Roland Garros, the 34-year-old showed the grit and determination that it takes to become a champion. The six-foot-two athlete is no stranger to close-fought battles, and Tsitsipas pushed the Serbian to show his mental toughness and overcome a slow start.

Setting Himself Apart from the Pack

Slowly but surely, Djokovic has chipped away at Federer’s and Nadal’s Grand Slam record. While it may seem like the Serbian has snuck up on his two closest rivals, he’s enjoyed a period of standout dominance over the past decade. Including the 2011 Australian open – the second major of his career – Djokovic has won 18 Grand Slams over the last ten years. By comparison, Federer and Nadal combined have won 15, according to GiveMeSport. However, it isn’t only on the main stage where Djokovic has thrived, winning 31 Masters titles since 2011, three more than his closest rivals’ combined total.

Djokovic never shies away from an on-court battle, as evident from his recent contest at Roland Garros with Tsitsipas. His relentless pursuit of perfection has taken him to the pinnacle of the sport, and he’s achieved unprecedented success along the way. As per Firstpost, the 34-year-old’s French Open triumph saw him become only the third player in tennis history to win all four Grand Slams twice. Not only that, but he’s the only competitor to have achieved that feat in the professional Open era.

It’s a testament to Djokovic’s mindset that, following his comeback victory over Tsitsipas, he became the first player since 1946 to win a Grand Slam after trailing by two sets. This epitomizes the Serbian’s career and provides an insight as to how he maintains his world-class level. While he’s not yet equal with Federer and Nadal for major titles, you can’t help but feel that it’s only a matter of time.

Don't Miss it GTA Online without support on two platforms. Rockstar Ending the Era of GTA 5 Online
Up Next F1. Billionaire announces his appointment. His team is looking for employees