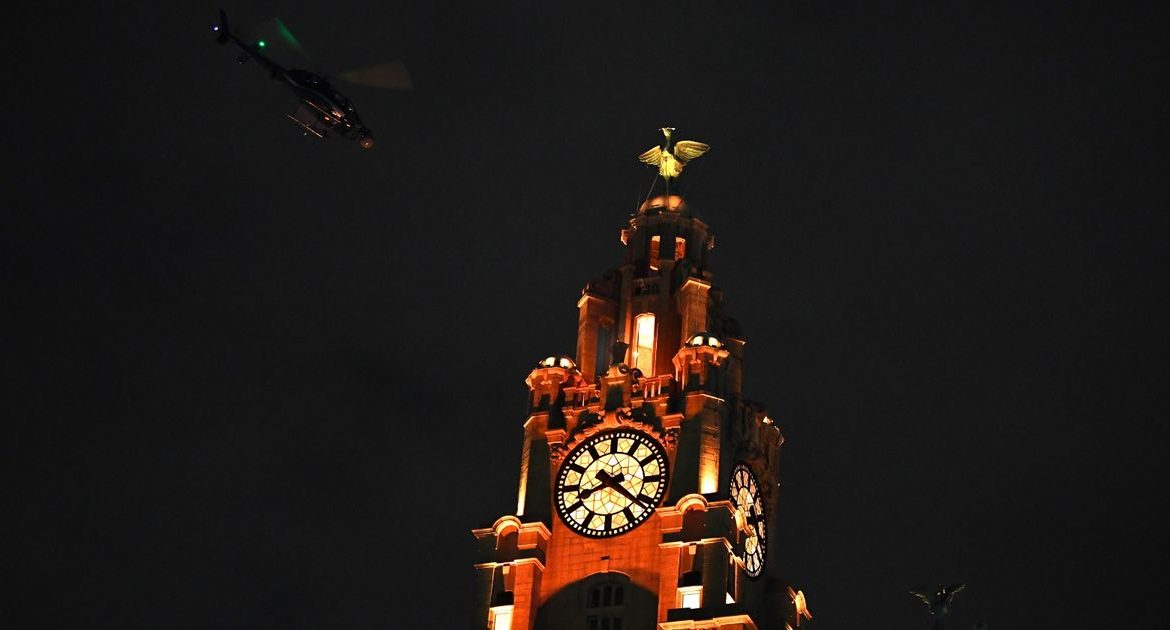 These stunning photos capture the action and action of Batman’s takeover of the Lever Building this afternoon.

At around 5 p.m., a helicopter can be seen flying over the Lever Building to film heart-stopping scenes, which included what appeared to be a businessman looking out over the city from the edge of the iconic building.

Bystanders snapped videos and photos of the awe-inspiring adventure, with the crews returning to the site at Pier Head again today, after their initial viewing on a Wednesday afternoon.

The black helicopter appears to focus on a balcony area above the clock face facing towards The Strand.

What appeared to be a red backlight could also be seen inside the iconic building, with a man dressed in a full Batman costume securing a belt overlooking the city.

As night fell, the area remained closed as the Lever Building was lit red – and the helicopter began turning again at around 8 p.m. as filming resumed.

The film, which also houses St George’s Hall in Liverpool, is due to be shown in June 2021 by Warner Bros.

It would be a reboot for the franchise, with Twilight actor Robert Pattinson taking over the iconic role from Ben Affleck who wore the iconic Batsuit suit of the big-budget films Batman v Superman and The Justice League.

Other big names in the cast include Zoe Kravitz as Catwoman, Paul Dano as The Ridler, and Colin Farrell as Penguin.

Don't Miss it A study found that early humans wiped out due to climate change
Up Next Inquiry: The owner of Grenville Tower has held a “confidential” meeting regarding cost reduction. Inquiry about Grenfell Tower