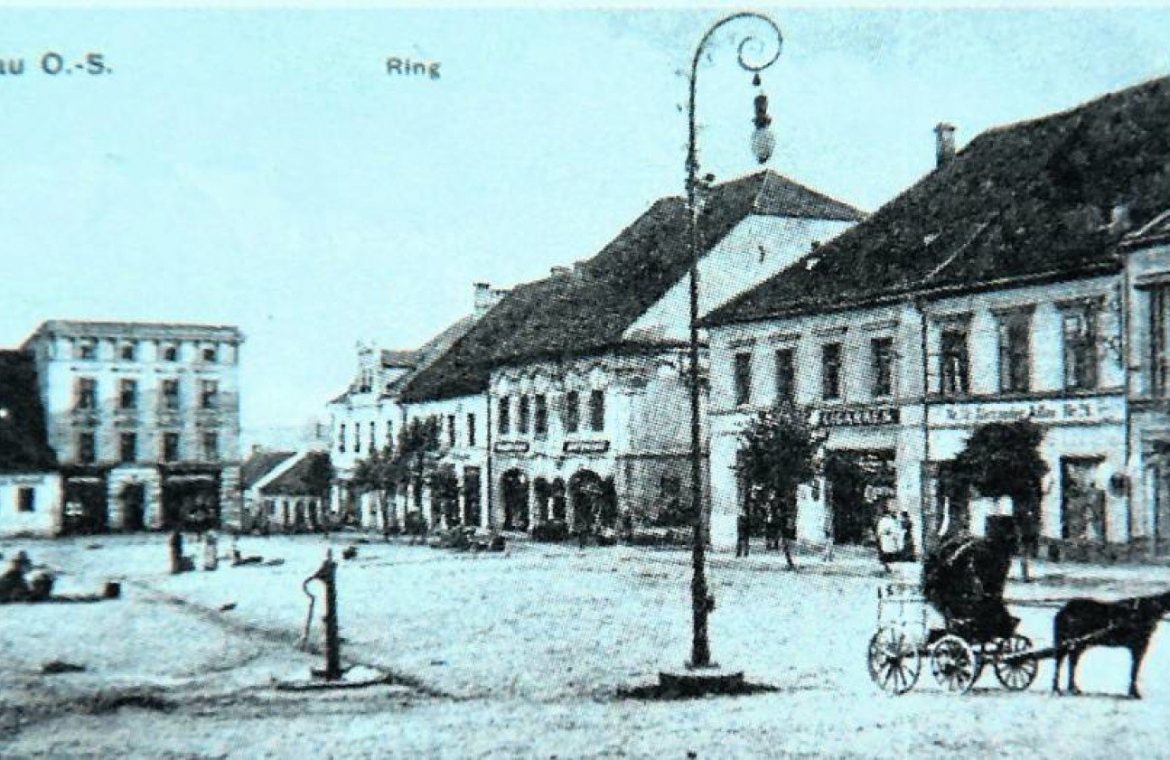 We can read about the Great War, the Polish issue in President Wilson’s plan and the mood in the local press regarding the hope of an independent Polish state on the map of Europe in the second part of the historical cycle “100 years ago in Upper Silesia” by Kazimierz Marrucek, a history enthusiast and a member of the Association of Lovers of the Land of Vodzisوافaw . This is the history of our region.

At the threshold of 1918, the Great War was still raging and there was no sign of its end. Newspapers at the time in Upper Silesia were expecting their end very soon. He suggested it could be 1919 or 1920.

On the other hand, the Second German Reich managed to wreak havoc in Tsarist Russia and the Bolshevik regime as Lenin seized power here for the Tsar’s money. The German plan to end the war in the East was realized when the Bolsheviks withdrew from the war. The German and Austro-Hungarian Empires began in 1918 with dreams of an attack victory in the West. The front in the east was liquidated, the Italian front was at a standstill, it was possible to focus only on the western front.

The beginning of 1918 also brought important political events. US President Wilson’s plan in January 1918, in which he set out the goals of the allied nations, was of historical significance. In these fourteen points, point 13 relates to the creation of an independent Polish state.

The activities of these authorities were widely reported in the press in Upper Silesia, which was under imperial censorship. Thus, for example, in the first issue of 1918, Upper Silesia wrote:

“The building of the Kingdom of Poland is progressing slowly but surely. Last year our brothers in the Kingdom brought their rule, represented by a trusteeship council and ministers. So far, two ministries have been established: Education and Justice, and the rest will be gradual. The State Council will soon be formed to be the first legislative authority.”

“The past year brought us Poles some comfort in the German state on Wednesday 28 March [1917] Minister Breitenbach announced in the Prussian House of Lords the repeal of exceptional laws against the Poles. On April 19, the Council of the Syndicate repealed the law against the Jesuits while at the same time abolishing the muzzle clause restricting the freedom to speak the mother tongue in public meetings.

Today, the members of the Polish Trusteeship Council, Archbishop Dr. Kakovsky, Prince Lubomirsky and Mr. Ostrowski, come to Berlin to present themselves to the Emperor after assuming their high office and to express the gratitude of the Polish nation for the revival of the Kingdom of Poland.

In December 1918, the Polish press released documents relating to the “independence” of the Kingdom of Poland. A trade treaty was to be signed, according to which Polish lands would be incorporated into the German trade zone.

The prepared documents stipulated the following: “The German state must ensure a strong and lasting economic influence in Poland. For this purpose, the German customs law must be fully submitted to Poland, without excluding the commercial treaties binding on Germany and the provisions for the implementation of German customs laws in accordance with the laws of the German state … The Kingdom of Poland had to undertake not to impede the employment of Polish workers in Germany.The Kingdom of Poland was to take over some of the German state debt … the military occupation was to continue … The Polish monarchy was also supposed to recognize the legitimacy of all official activities To the German administration. ”

“This is the independent Polish state that Germany wanted to present to us, and today German newspapers demand the gratitude of the Poles for it.”

“With joy, we send our calendar of 1918 to the world. Poland is rising to life again and blooming from the bloody ashes of world turmoil with the acceptance of Providence and Poland dawn of the free existence it has always longed for. Brick Brick, a new edifice of political independence is being built, it was lost long ago, In the old capital.A new life begins, a new hope enters doubtful hearts with long agony. God willing, it will be better in the future. God willing, Poland Piasts and Jagiellonians will flourish with new glory; they will stand free and perseverance in the ranks of the nations for the common benefit of mankind We share this hope with our readers, and a Merciful God will not allow work that has already begun to fail. Sorsum Korda. ”

The aforementioned State Council began its office on Saturday 22 June 1918 in Warsaw. The beginning of the activity of this “parliament” was of an ecclesiastical nature in St. Peter’s Basilica. John. After the Mass, other celebrations were held at the royal castle. Afternoon work sessions were held in the Credit Association Hall. It was opened by Marshal Francesc Polavsky.

Don't Miss it It may soon turn out that the word “mom” is violating social media rules. There is still time to stop the colossal power of the Internet giants – RadioMaryja.pl
Up Next Important update to Google Maps! Do you have an Android phone? ‘A brand new driving experience’