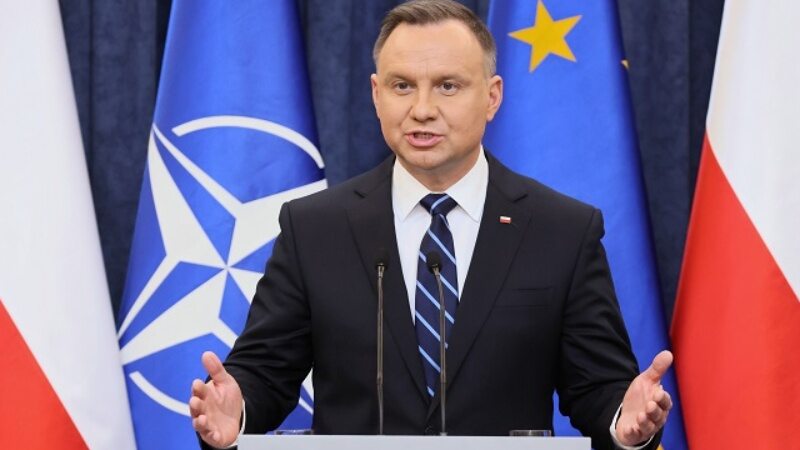 – If my country is attacked, then Confirmation by President Joe Biden that Article 5 is in effect means our support – said the president on TVN24.

– I asked the President of the United States of America, Joe Biden, to speed up the processing of modern defense equipment for the Polish army – F-35 aircraft, Patriot groups, HIMARS and Abrams tanks – due to the current situation – Andrzej Duda noted.

When the President was asked about the presence of NATO forces in Poland and possible permanent NATO bases, he replied: – Please remember that since 2016 there has not been a time when several thousand American soldiers were not in Poland. Even if this existence is called a rotational existence, this rotation is always. This presence is slowly changing – today the American command is in Poznan, and there are officers whose families are already here; It’s slowly changing, things are slowly shaping up, and now they’ve accelerated tremendously.

He added that further strengthening of the eastern wing was the subject of last week’s NATO summit. – We also hope that the next American units that will come to our country will also come with an infrastructure, which will make it possible to defend this region in a more effective way – added the president.

If our country is attacked and we stop fighting, we can count on the support of the US Army, the most powerful army in the world. Of course, we are also happy to have British and Canadian soldiers on our territory – these are also very important elements – said the TVN24 guest.


Read also:
The Times: Poland is on the front lines and wants something moreRead also:
US President: We must prepare for a long battle

Don't Miss it Your horoscope for Sunday. It’s time to update your social life
Up Next Xiaomi smartphones will not get MIUI 13.5!